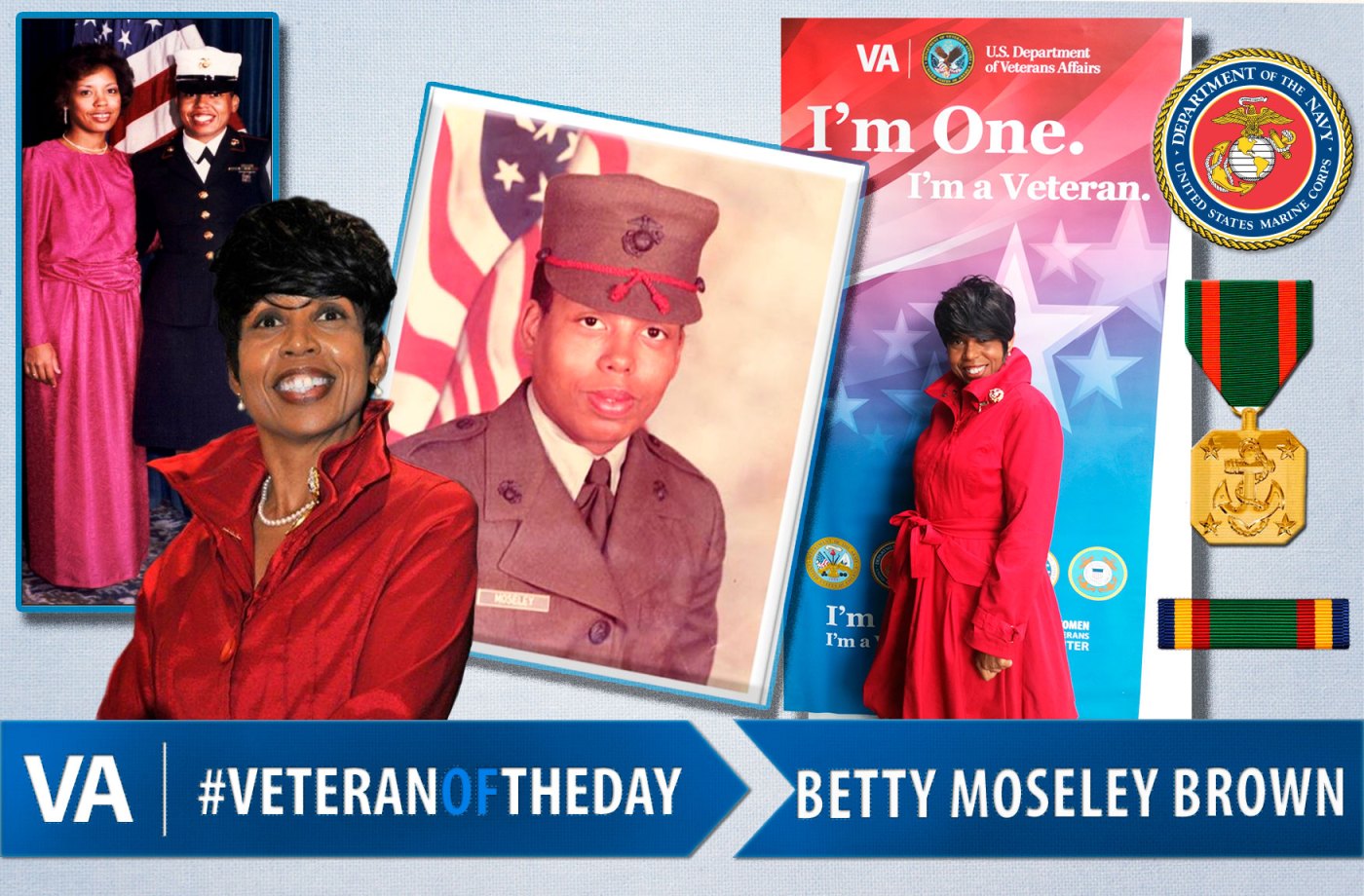 She enlisted as an Admin Clerk and went on to serve on recruiting duty and as a MEPS liaison. She was stationed at Kaneohe Bay, Hawaii; Marine Corps Recruit Depot San Diego, and Baltimore.

After she discharged from the Marine Corps in 1992, she began working for Veteran Benefits Administration in San Diego. From there, she navigated her way through several positions in VA.

In 2004, Betty assumed the position of Associate Director of the Center for Women Veterans and is currently still serving in that role.

Betty earned a Doctor of Education degree from the University of Sarasota. She also serves as the National President of the Women Marines Association.

In September of 2016, she was awarded the Dickey Chapelle Award, honoring the memory of the late Dickey Chapelle, an American foreign correspondent who first covered Marines in combat at the Battle of Iwo Jima and was killed while on patrol with a Marine Corps infantry unit during the Vietnam War.

Thank you for your service, Betty!