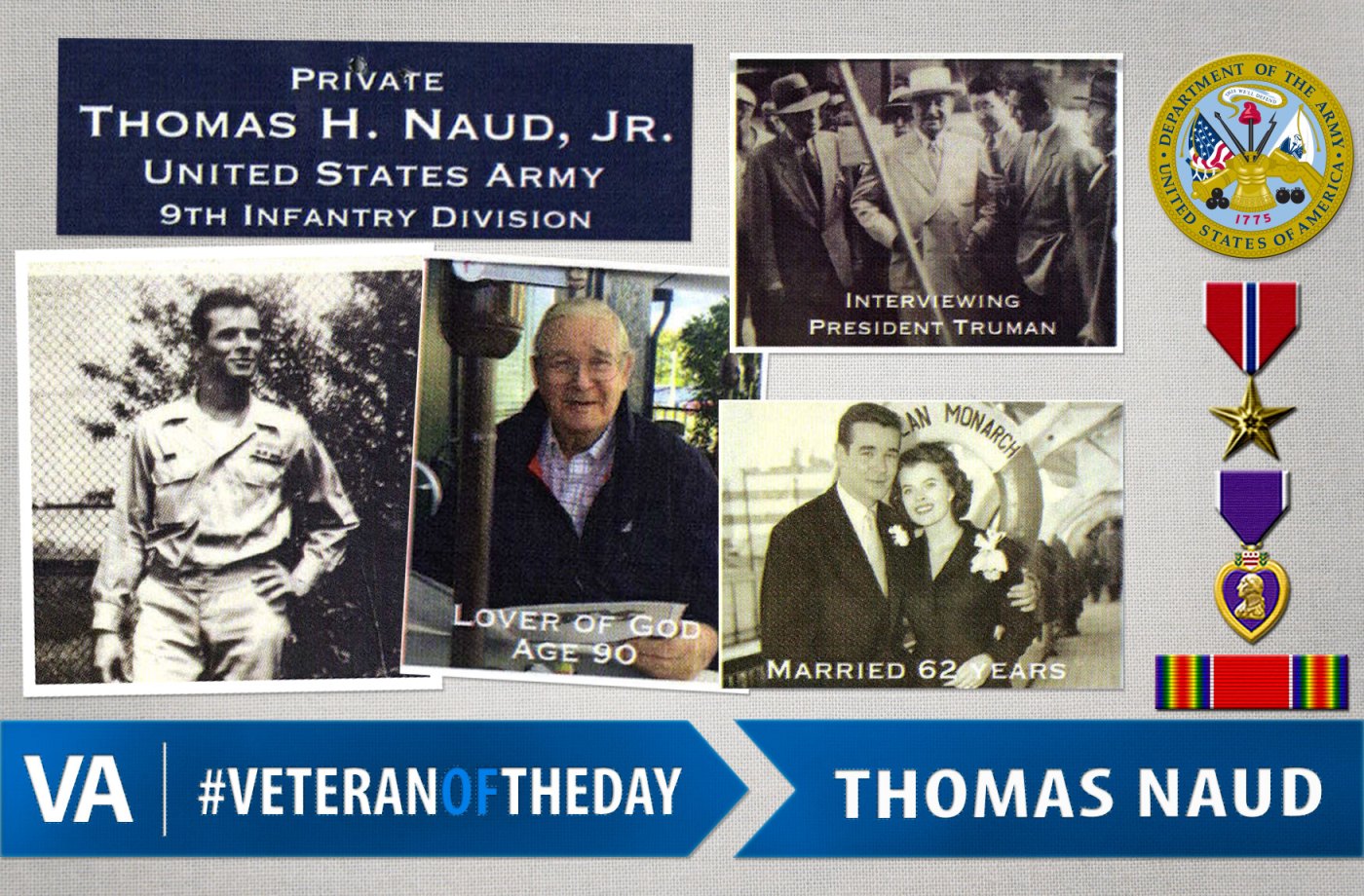 Thomas served in the Army during World War II. His tour of duty included service in the European theater.

After the war, Thomas went on to be a reporter and producer.

As a young producer and team member on the “Today Show,” Thomas was perhaps best known as “The Man on the Street” opposite Dave Garroway.

He interviewed many celebrities including Marilyn Monroe, Rocky Marciano, and President Truman.

He produced television shows for three major networks, including “The Today Show,” “The Tonight Show,” “The Jonathan Winter’s Show,” “The Pat Boone,” and hundreds of live variety shows.

In 1985, Thomas’s Introvision company received an Emmy for their visual work on Hallmark-TVs children’s production of “The Hugga Bunch.” He also received an Academy Award in 1988 for his Introvision technology utilized on HBO-TV’s “Inside the Third Reich” and Warner Brothers’ “The Fugitive,” starring Harrison Ford.

Thomas passed away at 90-years-old and is buried at Riverside National Cemetery.