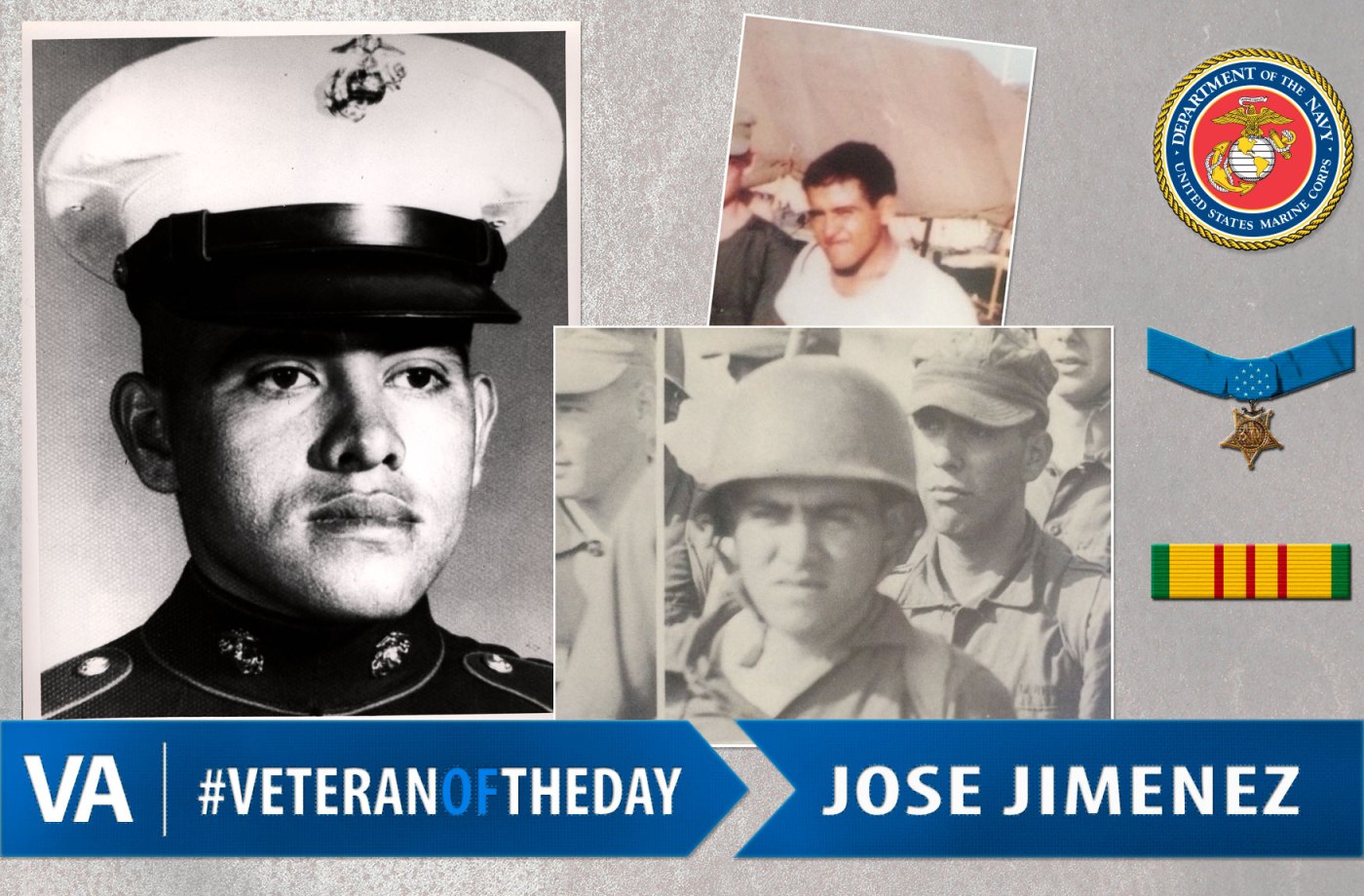 Jose was killed in action on Aug. 28, 1969, but is finally coming home to the country that he loved and served.

Jose was born in Mexico City, Mexico. His family came to the United Sates and settled in Arizona when he was a young child. He wanted to serve his adopted country which he felt had given him so much. He enlisted in the United States Marine Corps in 1968 and was sent to Vietnam.

On Aug. 28, 1969, Lance Corporal Jimenez’ unit came under heavy attack by North Vietnamese Army soldiers concealed in well-camouflaged emplacements. He reacted by seizing the initiative and plunging forward toward the enemy positions. He personally destroyed several enemy personnel and silenced an antiaircraft weapon.

Shouting encouragement to his companions, Jose continued his aggressive forward movement. He slowly maneuvered to within ten feet of hostile soldiers who were firing automatic weapons from a trench and, in the face of vicious enemy fire, destroyed the position. Although he was by now the target of concentrated fire from hostile gunners intent upon halting his assault, Jose continued to press forward.

As he moved to attack another enemy soldier, he was mortally wounded. Jose’s indomitable courage, aggressive fighting spirit and unfaltering devotion to duty upheld the highest traditions of the Marine Corps and of the United States Naval Service. He gallantly gave his life for his country. His actions earned him the Medal of Honor.

Upon his death, his mother asked that he be buried in Mexico. Now that his mother has passed, his sister is bringing “JoJo” home. This morning, LCpl Jose Jimenez was interred at Glendale Memorial Park Cemetery in Arizona.