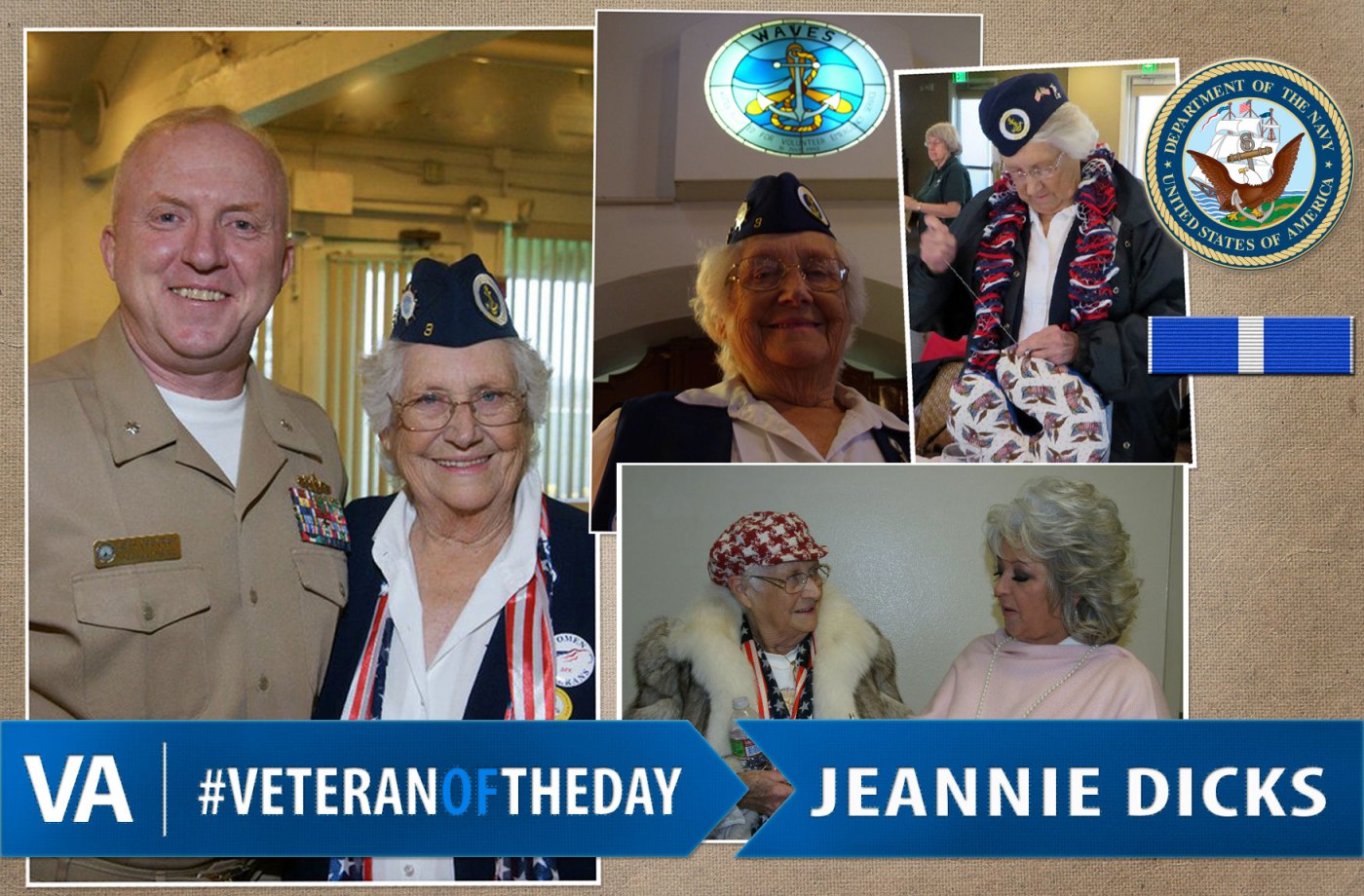 Jeannie was born in 1934 and joined the Navy in 1952. She went to boot camp in Bainbridge, Maryland, and served as a Navy Cryptologist. Jeannie is one of the co-founders of WAVES National, an organization for sea service women who served honorably in the United States military.

In 1979, WAVES National was officially recognized as a non-profit military veterans association. Jeannie, and her cohorts were the impetus for the first WAVES National convention held in Sacramento, CA, with 250 women. Jeannie has dedicated her entire life to furthering women in the military services.

Today, the organization has morphed into the Military Women Across the Nation to include and encompass all women who served honorably in all military services in the United States.