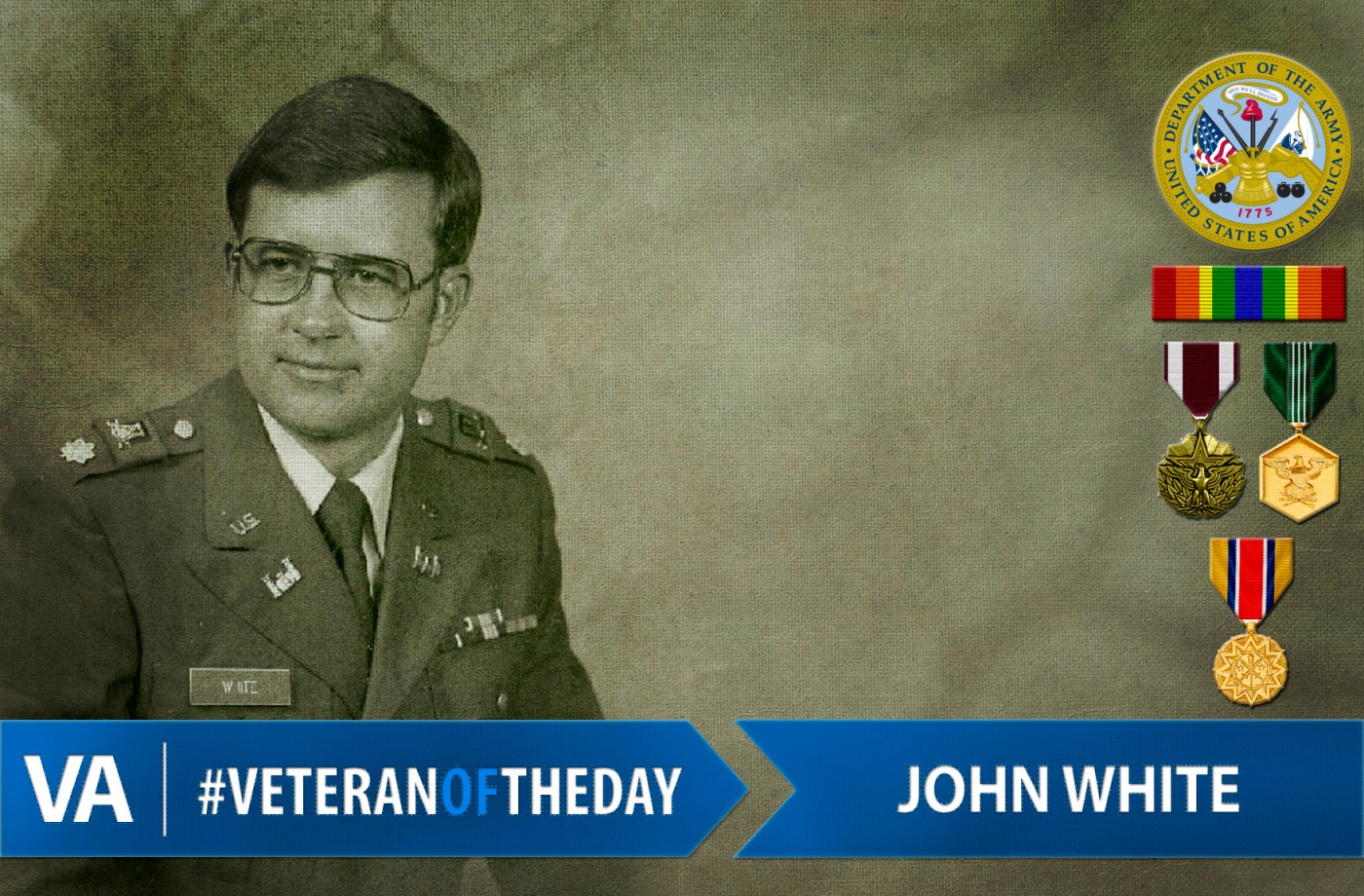 John Hale White’s military career spanned 25 years, encompassing his days as a student at Kansas State to his retirement in 1992.

He began his service in the Army by serving as a Cadet Brigadier General and Brigade Commander of Kansas State’s Reserve Officers’ Training Corps. After graduating, he commissioned as a Second Lieutenant in 1967. While obtaining his law degree at University of Kansas, John transferred to the Reserves for three years.

In May 1978, John transferred to the 69th Infantry Brigade Headquarters, serving as a Race Relations Equal Opportunity Officer for about a year. In 1981, he was assigned the command of the 891st Engineer Battalion and promoted to Lieutenant Colonel.

Afterwards, John served in a number of positions at Headquarters State Area Command in Topeka including Civil Military Operations, Administrative, Director of Personnel and Chief of Staff. He retired as a Colonel in 1992.

John and his wife, Marty eventually returned to his hometown, Council Grove. He continued his family tradition of working at Farmers and Drovers Bank and held the positions of President, Chief Executive Officer and Chairman of the Board.

John’s dedication to community service continued as a member and president of Council Grove Rotary among numerous other community activities. His greatest joys are his children and grandchildren.