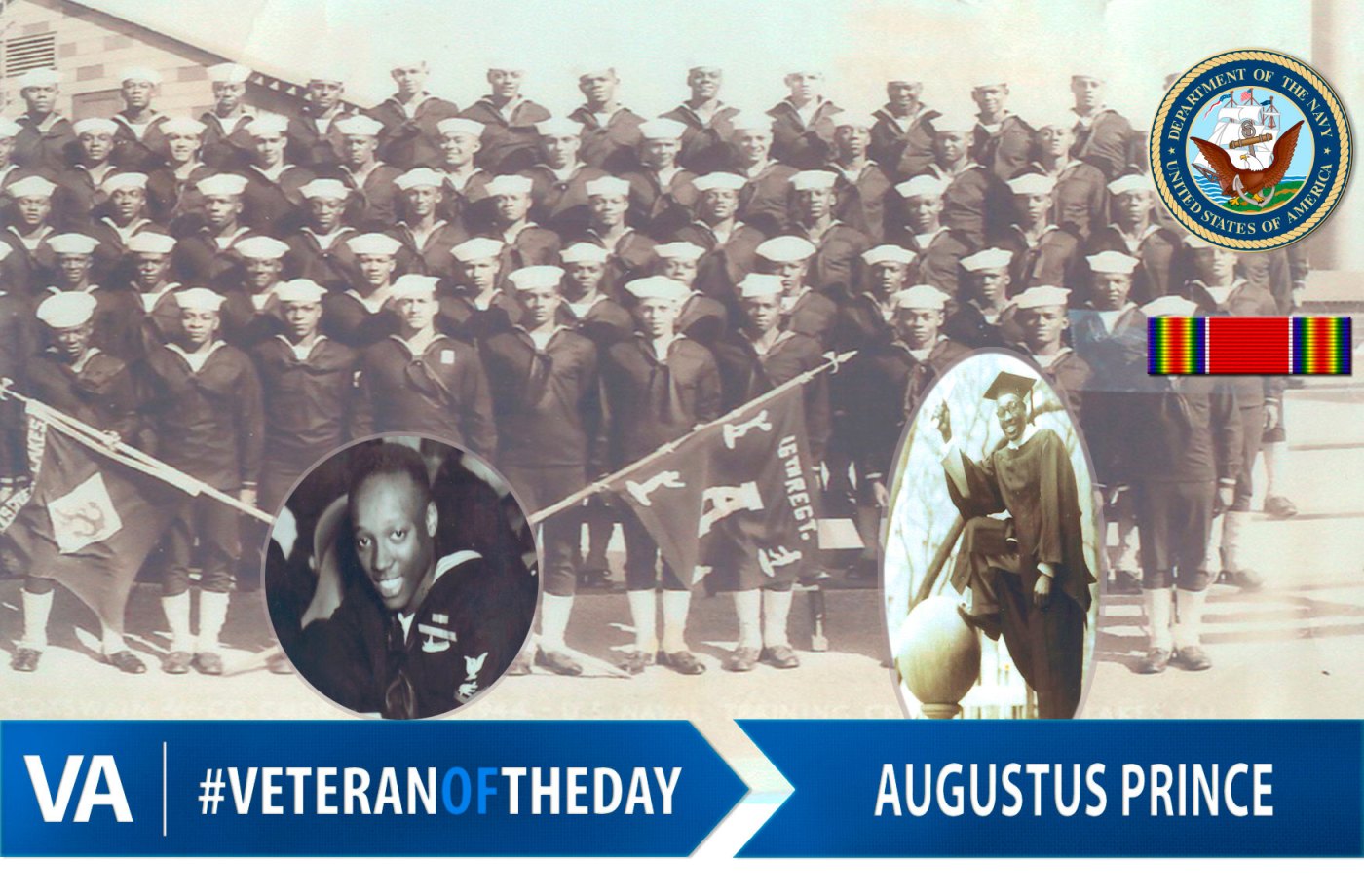 Augustus grew up with his mother and two siblings in Philadelphia. As a single parent, Augustus’ mother always stressed discipline, honesty, and education. After graduating high school, Augustus worked in a ship yard to earn money for college.

Then, in 1944 Augustus joined the Navy. Having been interested in math and science as a boy, he pursued radar school. In radar school, Augustus was top of his class. He became the first black Radarman in the Navy.

When Augustus was assigned to his ship, he was worried he might be treated differently, but instead he was admired. “I taught a lot of the other radarmen their algebra and geometry and what-not because I did have a little more education and it paid off because they began to respect me,” Augustus said in an interview with the Veterans History Project.

Augustus served 18 months in the Navy before he left the service. When reflecting on his service he said, “I can say I learned a lot, I grew up in the Navy. And I think the most important thing I learned was I’m as good as anybody.”

Thank you for your service, Augustus!