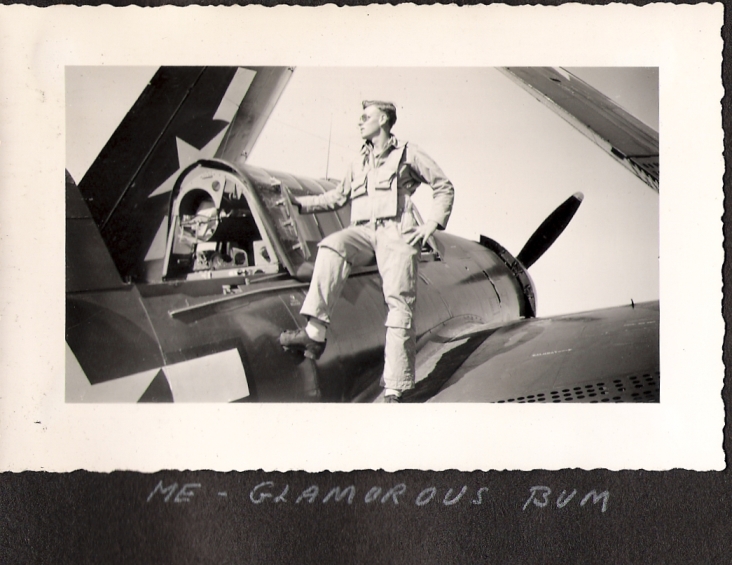 When the original GI Bill took effect in 1944, it was touted as one of the most significant pieces of legislation ever produced. It had a huge social and economic impact on the nation, and changed millions of lives.

Before World War II, college education for the average American for the most part was unattainable. However by 1947, Veterans accounted for 49 percent of college admissions. When the original GI Bill ended on July 25, 1956, 7.8 million of 16 million World War II Veterans had participated in an education or training program.

Pennsylvania native Thomas J. Glessner was one of the millions of Veterans who took advantage of these benefits.

“I just asked the gentleman at the front desk to put me near airplanes, which was what he did,” Glessner said. He served as an aviation ordnance man, third class, turret technician and got to fly often.

After being discharged in June 1946, Glessner felt driven to get a college education. Using his GI Bill, Glessner enrolled in extension courses at Penn State College to study Building Construction Lessons – a five year program. It was the first time the program was offered to the public.

“Twenty-three guys signed up for the program and half way through, guys were quitting,” said Glessner. Eventually, he was the only one left in the program.

“For two and a half years, I was with a teacher every Tuesday and Thursday evening from 7 p.m. to 9:30 p.m. – only me and the teacher in a big classroom at the Mary Lyon School Building in Swarthmore,” he said.

When his program ended, the school skipped the graduation ceremony because Glessner was the only one who stayed with the program until the end. “The head of the college extension came down to Swarthmore with my diploma from University Park, Penn State by himself and was a little embarrassed with only one diploma,” he said.

In 1951, he continued night school using his GI Bill at Drexel University. Glessner stayed the course with his studies while raising a family and working a full-time job. Ten years later he proudly earned his bachelor’s degree in architecture.

After earning his degree, Glessner studied for nine months to prepare for his state board examination at the University of Pennsylvania to become a registered architect. It took 36 hours over a span of four days said Glessner. Sixty days after taking the exam, he received a letter from Professional Affairs, Harrisburg, Pa., notifying him that he had passed.

“The letter said from this day forth, you have to use the title ‘Registered Architect’ after your name,” he said. “My goal of wanting to become a professional was achieved.”

Four months later, Sun Oil Company’s CEO promoted Glessner to corporate architect and was relocated to the corporate offices. “From that day forward, I was in charge of all office buildings and laboratories; anything that addressed building construction,” said Glessner.

In 1985, Glessner retired from Sun Oil Company after 41 years of service at the age of 58. “I am a WWII, U.S. Navy Veteran that truly benefitted from the GI Bill,” he said.

He also has some sage advice for recent Veterans. “Use your GI Bill to its maximum! Do not waste this precious program,” Glessner exclaimed.

Today’s Post-9/11 GI Bill program provides the most generous VA educational benefit since the original GI Bill. Beneficiaries can select degree programs at more than 6,000 four-year colleges and universities or 10,000 other approved institutions, ranging from two-year schools to trade schools and apprenticeship programs.

The federal investment in the Post-9/11 GI Bill has surpassed $70 billion in support of this next “Greatest Generation” through payments of housing allowance and textbook benefits to students and tuition and fee payments to the schools they attend.

VA is committed to helping Veterans and their family members accomplish their education goals with the GI Bill benefit. VA provides several resources to assist Veterans in becoming informed consumers in an effort to help them choose the right program of education and school for their situation:

Paul T. Glessner contributed to this article and submitted the photos.