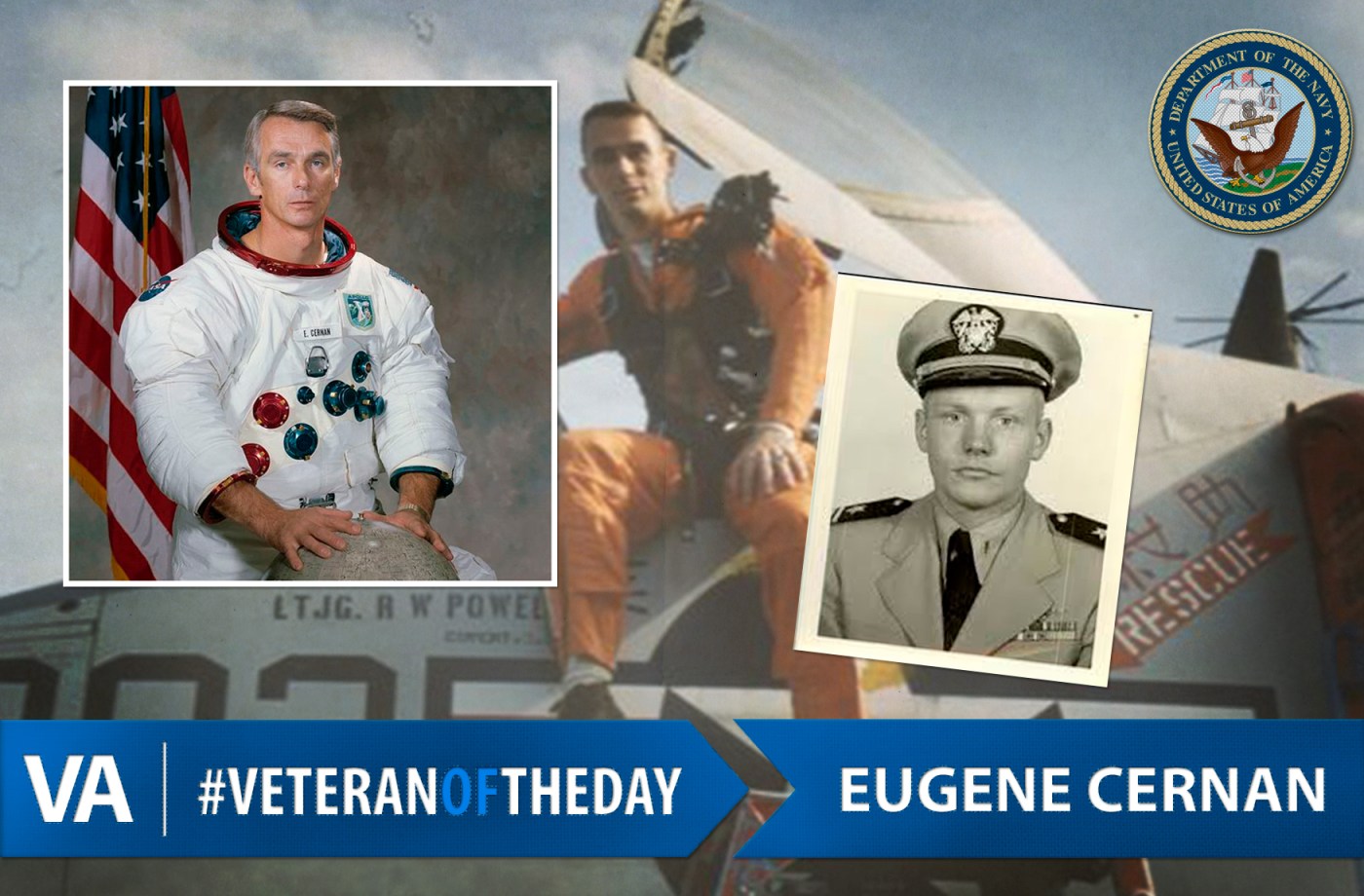 Growing up in the suburbs of Chicago, a kid from a blue collar family, Gene had a dream to fly. After getting his degree in electrical engineering, he commissioned in the U.S. Navy through the Naval Reserve Officers Training Corps at Purdue University. He attended flight training and became a Naval aviator in 1958. Gene flew FJ-4 Fury and A-4 Skyhawk jets in Attack Squadrons 126 and 113. Throughout his career, Gene logged more than 5,000 hours of flying time, with 4,800 hours in jet aircraft. In addition to his flight hours, he also landed on aircraft carriers 200 times.

Upon completion of his assignment in Miramar, California, he finished his education in 1963 at the U.S. Naval Postgraduate School with a Master of Science degree in Aeronautical Engineering.

In October 1963, Gene was selected among the third group of NASA astronauts to participate in the Gemini and Apollo Programs. He left his mark on history with three historic missions in space as the Pilot of Gemini IX, the Lunar Module Pilot of Apollo X, and the Commander of Apollo XVII. After flying to the moon not once, but twice, he also holds the distinction of being the second American to walk in space and the last man to have left his footprints on the lunar surface.