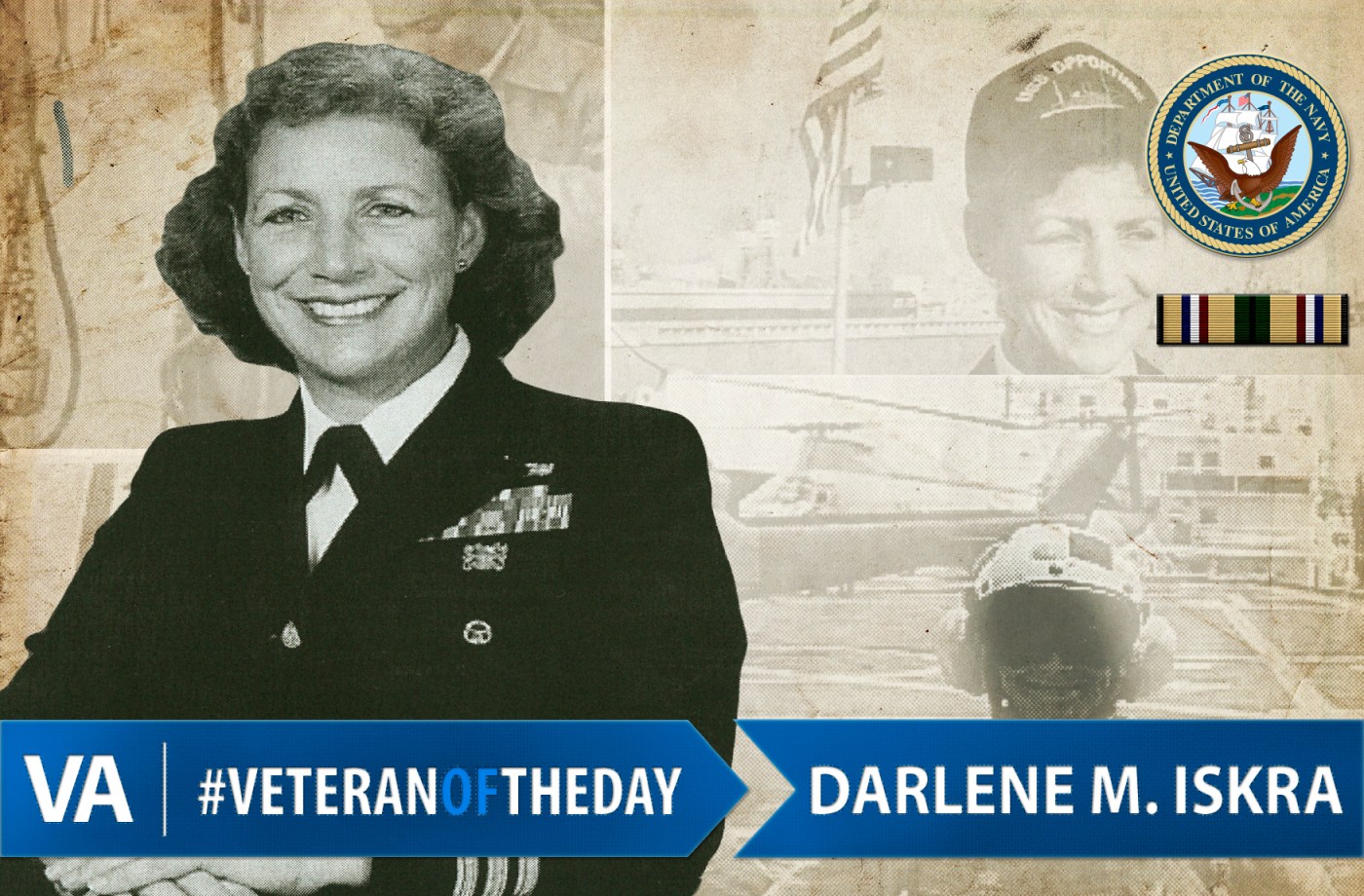 Darlene had already been a military spouse and worked with sailors in a recreational environment when she decided to join the Navy herself at age 27. Darlene went to officer candidate school and then to dive school.

In an interview with the Veterans History Project, Darlene remembered how dive school had been the most grueling, physically challenging thing she had ever had to do. Nevertheless, Darlene persevered and became one of the first women to graduate from the program.

A few years into her service, Darlene found out the Navy were making new ships with gender neutral platforms, which opened doors for more women in the Navy. When Darlene asked about being assigned to one of the new ships, she was frustrated by roadblocks. Finally, Darlene went to Washington, D.C., and asked the assigning officer for a chance to move forward in her career.

After back to back sea tours, Darlene became the first woman to take command of a U.S. Navy ship, the Opportune, in 1990. Although her ship was on stand-by duty during the Persian Gulf War, Darlene earned a secure place in Naval history.

Thank you for service, Darlene!