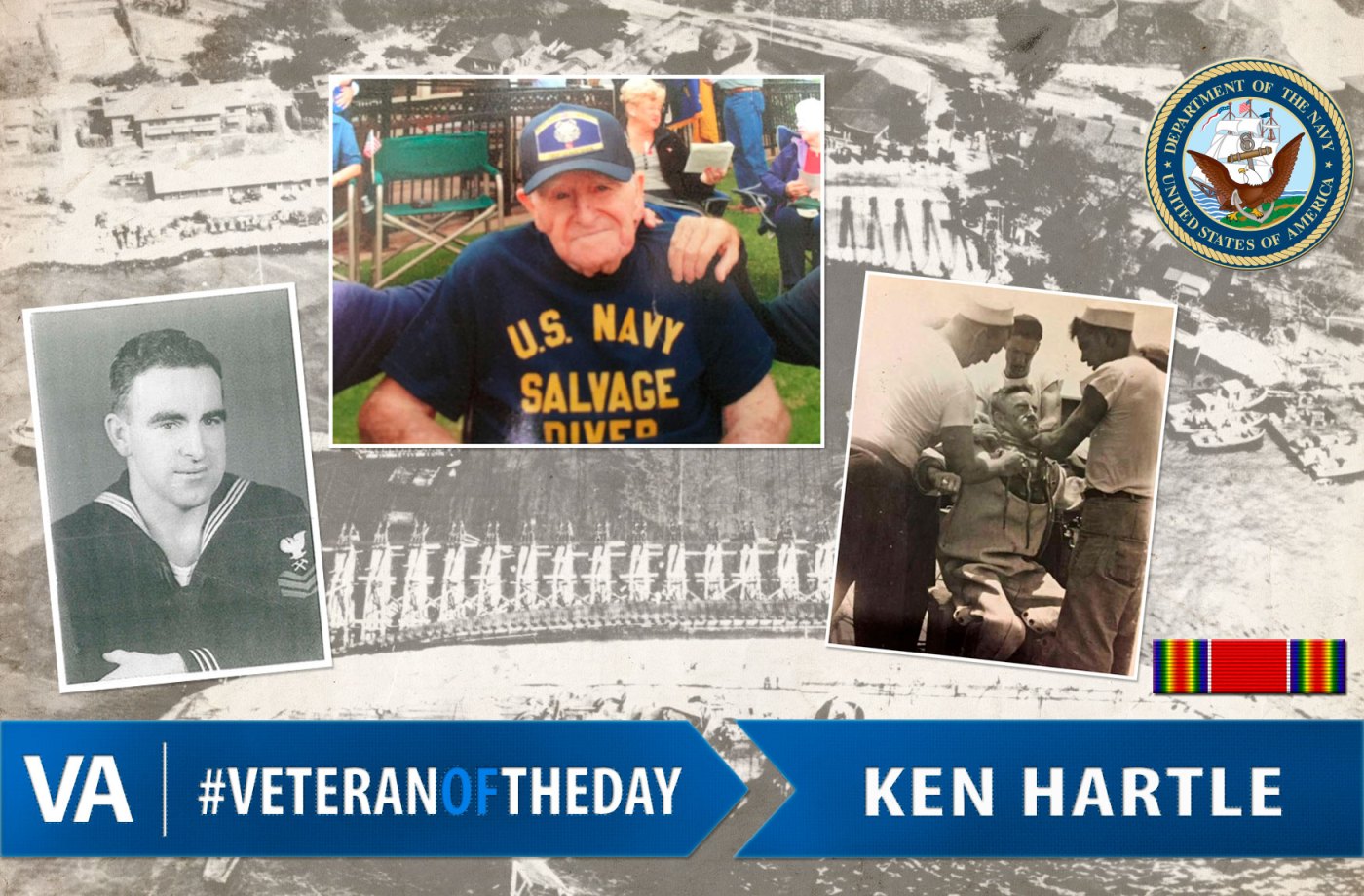 Ken served in the Navy during World War II.

He served as a salvage diver in Pearl Harbor following the attacks on December 7, 1941. He retrieved bodies and materials from the depths of the harbor while donning 200 pounds of diving equipment.

After the war, he settled in Buena Park, California, and later became a chicken breeder in Valley Center in northern San Diego County.