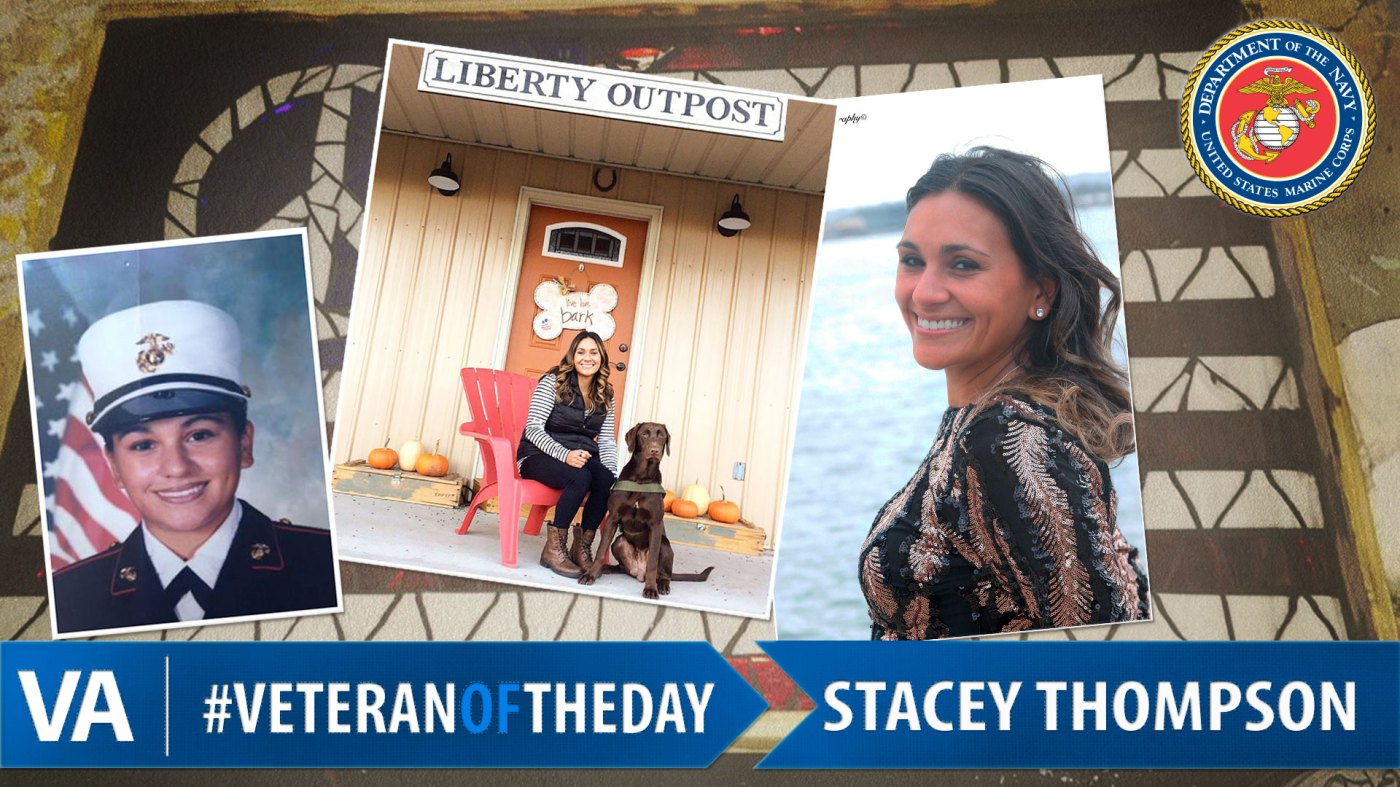 Stacey joined the Marine Corps after graduating high school at age 17. She served from 1998 to 2000 as a Traffic Management Operator.

She served her first overseas assignment in Okinawa, Japan in 1999. While there, Stacey was sexually assaulted by a senior NCO. When she reported the incident, she was separated with an “Other Than Honorable” discharge.

In January 2016, after years of litigation, Stacey received a discharge upgrade from Department of Defense.

She now currently involves herself in art, speaking, and other creative endeavors that allow her to share her experience with others. Stacey was recently paired with a service dog, Reef, who has been a great companion.

Thank you for your service, Stacey!