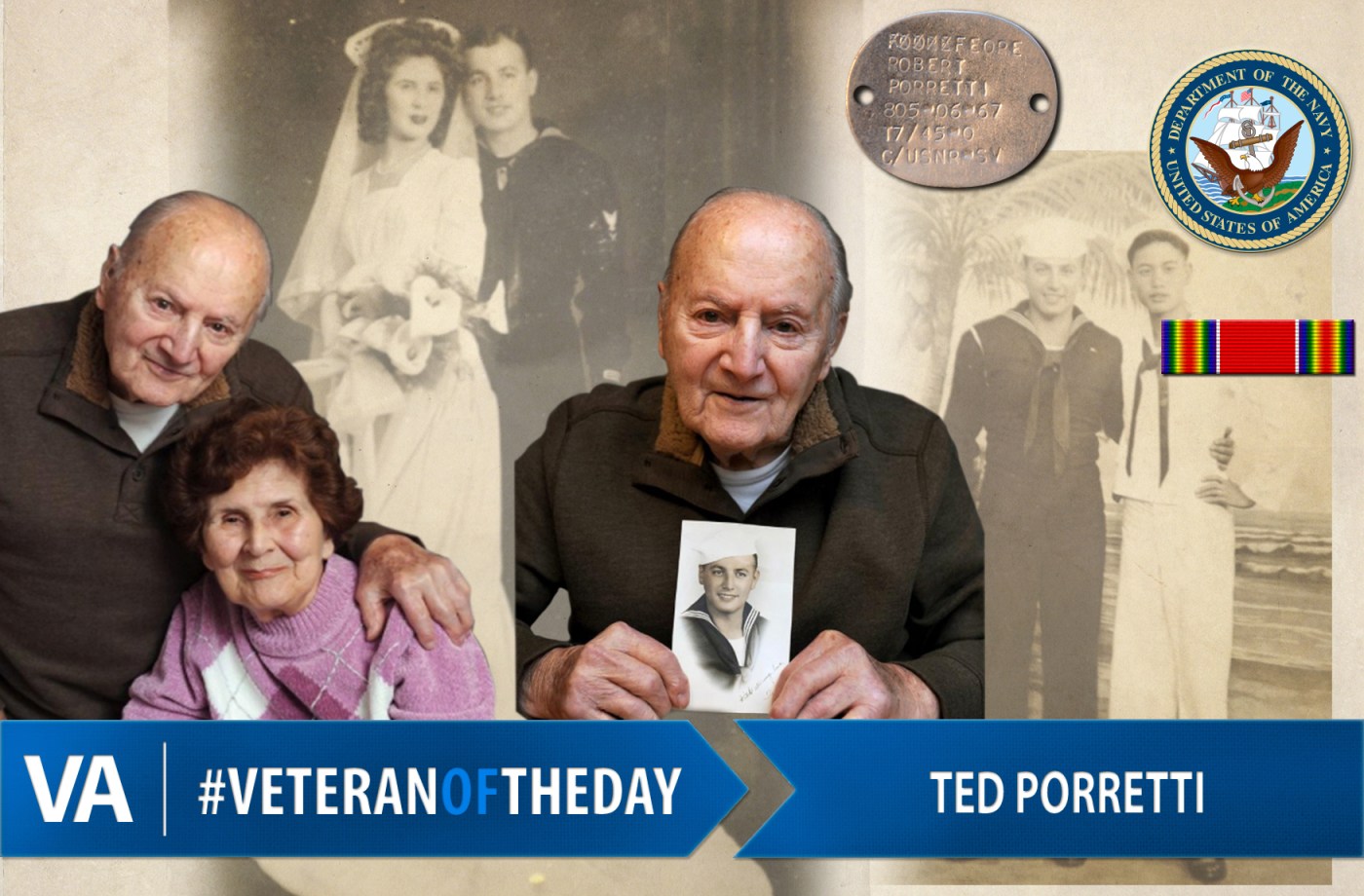 Ted was born in 1917 and grew up in Waltham, Massachusetts. He was working for the government in Cape Cod, but when World War II broke out, he was transferred to Trinidad and Tobago. There, Ted oversaw the construction of airplane runways for the war effort. He hired and paid Trinidadian natives to build the airplane runways to support Allied planes flying from Trinidad and Tobago to North Africa.

After assisting in the construction of airplane runways in Trinidad, Tobago and South America, Ted enlisted in the Navy and was sent to boot camp in Sampson, New York. Ted was assigned as a recruiter at a Naval base in Miami, Florida.

In 1946, Ted left the service and co-owned a restaurant with his brother before working at Raytheon and GT Sylvania. In 1952, Ted he changed his first name from Feore to Ted in honor of Red Sox slugger Ted Williams, also a WWII veteran.

He now lives in Framingham, Massachusetts and spends his time with his four children, four grandchildren and 10 great grandchildren. Ted recently celebrated his 100th birthday.

Thank you for your service, Ted.