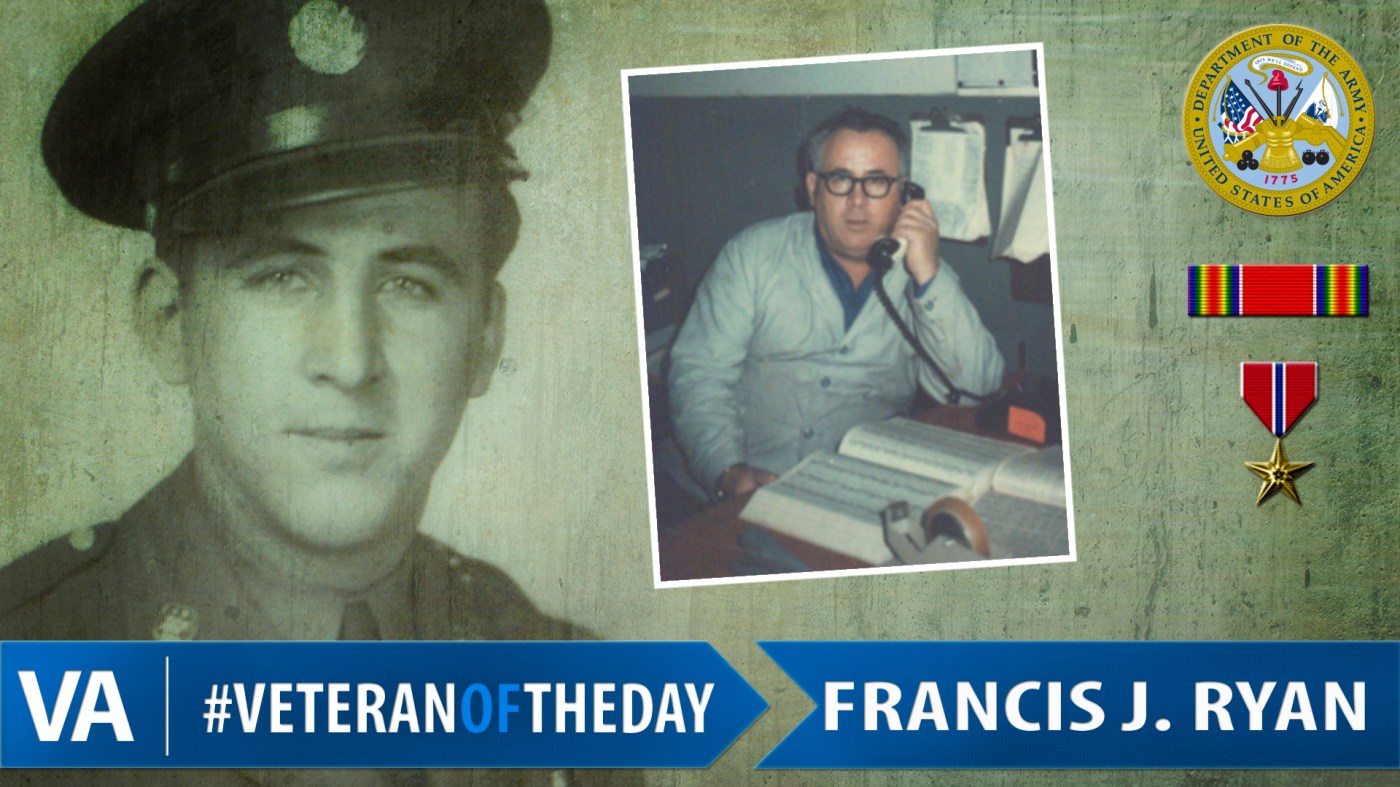 Francis grew up in Gardner, Massachusetts, and enlisted in the Army to serve his country in World War II. During the war, he served as a Sergeant with Company G, 20th Infantry.

On July 6, 1944, Francis courageously held his post under heavy enemy fire in the invasion of Normandy. He received a Bronze Star Medal for his devotion.

We honor your service, Francis.