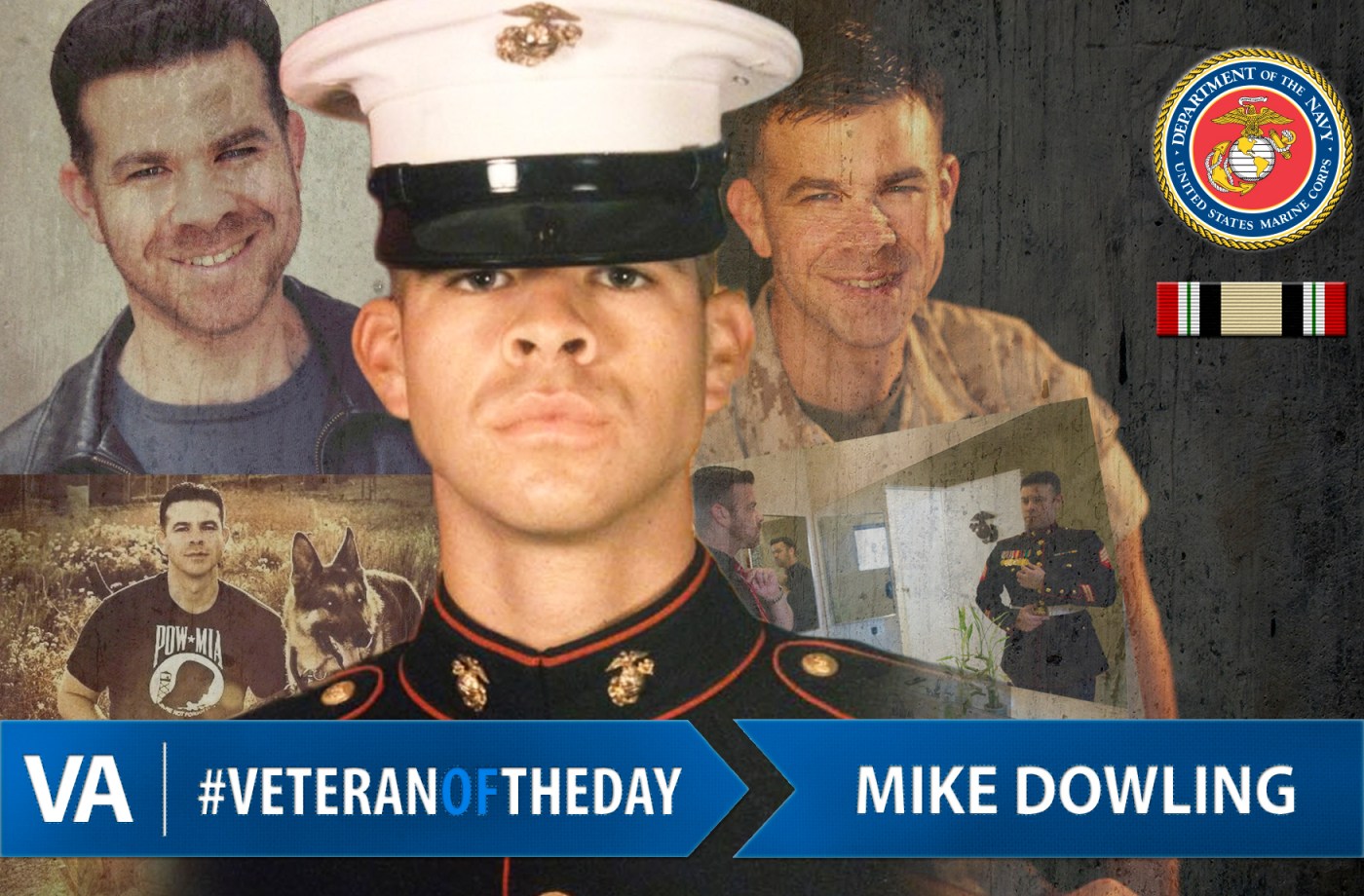 Mike served in Operation Iraqi Freedom as a K-9 handler with the security battalion from 2001 to 2005. He then joined the reserves in 2008 and served with the Wounded Warrior Battalion until 2010.

Mike trained and managed the first Marine Corps team of working dogs specially trained for bomb detection during Operation Iraqi Freedom. In 2004, he and his partner, Sgt. Rex, were deployed to Fallujah and the infamous Triangle of Death. Born out of danger and deadly encounters on the war-torn streets of Iraq, the genuine rapport between Mike and his dog is beautifully captured in his book—Sergeant Rex: The unbreakable bond between a Marine and his working dog. He wrote, “In Iraq we put our lives in each other’s hands (and paws) day after day. If ever there was a Marine who lived up to Semper Fidelis, the motto of the Marine Corps, it’s Rex.”

Mike’s colleagues would describe him in the same manner, as a “Marine’s Marine” who is committed to serving his fellow Veterans. Working at the Balboa Naval Medical Center with the Wounded Warrior Battalion, he developed a series of initiatives with other organizations aimed at helping wounded soldiers.

His work as an advocate includes founding Los Angeles Veterans Orientation, to help integrate Veterans into the community and find services available for them. He is also the co-founder of Veterans in Film and Television, on the board of Wings for Warriors, and is currently the community outreach and talent director of We Are the Mighty.