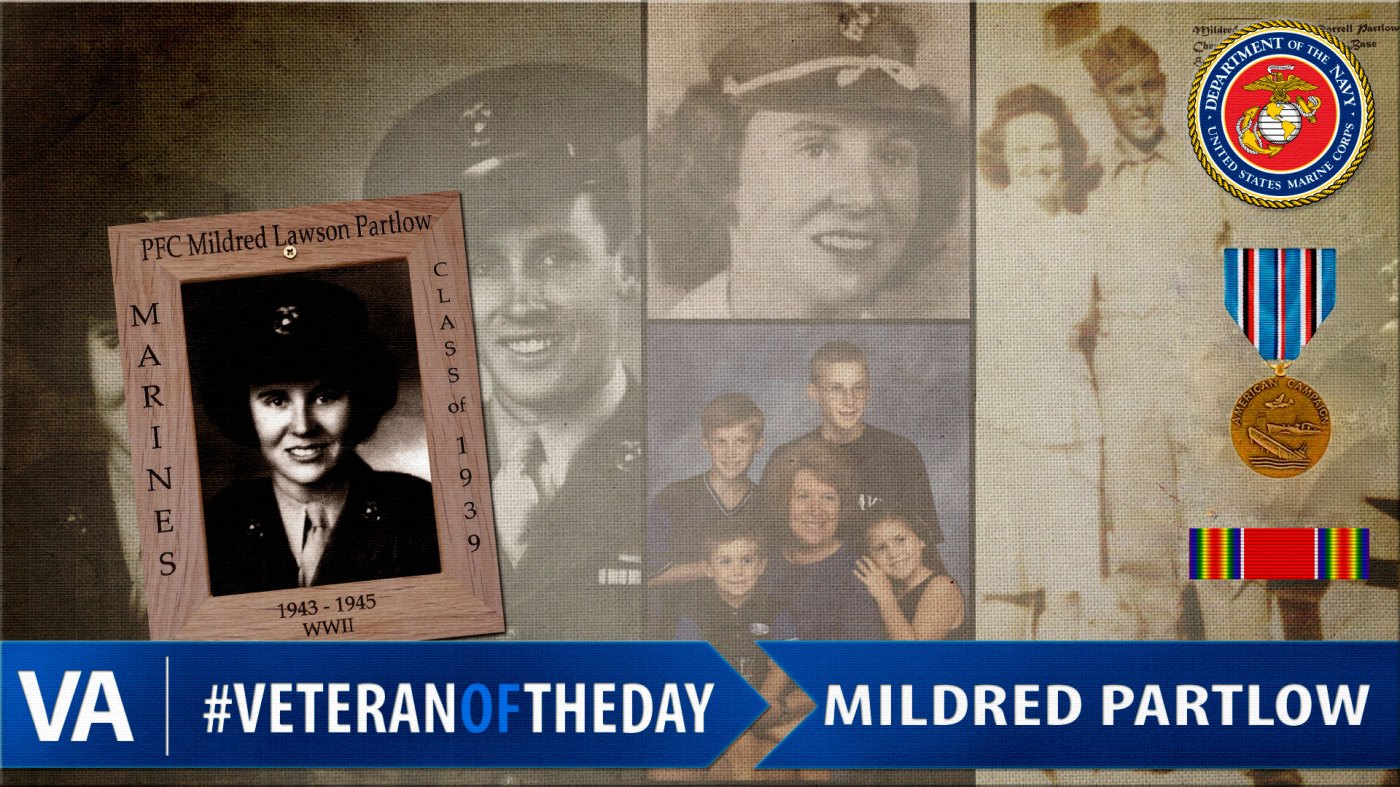 In 1943, the Marine Corps Women’s Reserve was officially formed, giving women the opportunity to serve during World War II. One of those women was Mildred. Her patriotism and notion of duty motivated her to enlist later that year. Profiled in her hometown newspaper, Light and Champion, in 1944, she stated that she wanted to “help serve the nation because I think I can do better work here than in a defense plant.”

Mildred was assigned to Camp Lejeune and served as an airplane mechanic; a job she believed would help support the Marine Corps Women’s Reserve branch to “free a Marine to fight.” She also met her husband, Darrell Partlow, a Marine returning from war in the Pacific, while at Camp Lejeune.

For her service, Mildred was awarded the American Campaign and World War II Victory Medal.

In 2013, the VFW Post 8904 nominated her for Recognition of Women in Service.