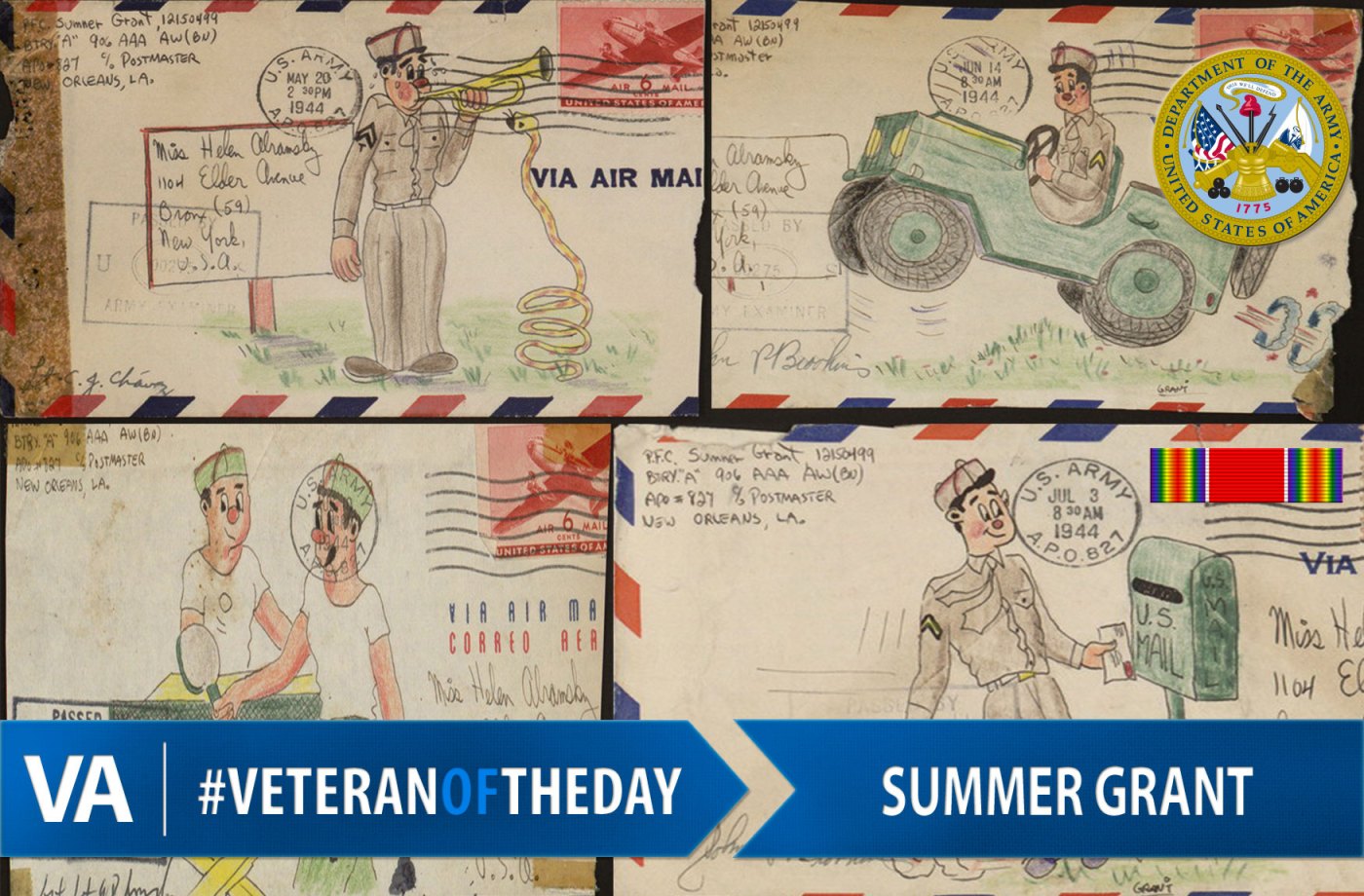 Summer was born in Massachusetts and lived in New Jersey and New York. Before joining the Army, Summer was an architecture and design student at Cooper Union in New York.

While in the Army, Summer served in both Panama and Japan. In Panama, he served in the Panama Coast Artillery Command and in the Army of Occupation. Between 1944-1945, he illustrated a cartoon strip called, “FUBAR”. His illustrations were featured in an Army publication known as, “The Forty-Niner.” He also created a humorous mural while in Panama. Summer’s fiancé donated his illustrated envelopes to the Veterans History Project after his death in 2000.

We thank you for your service, Summer!