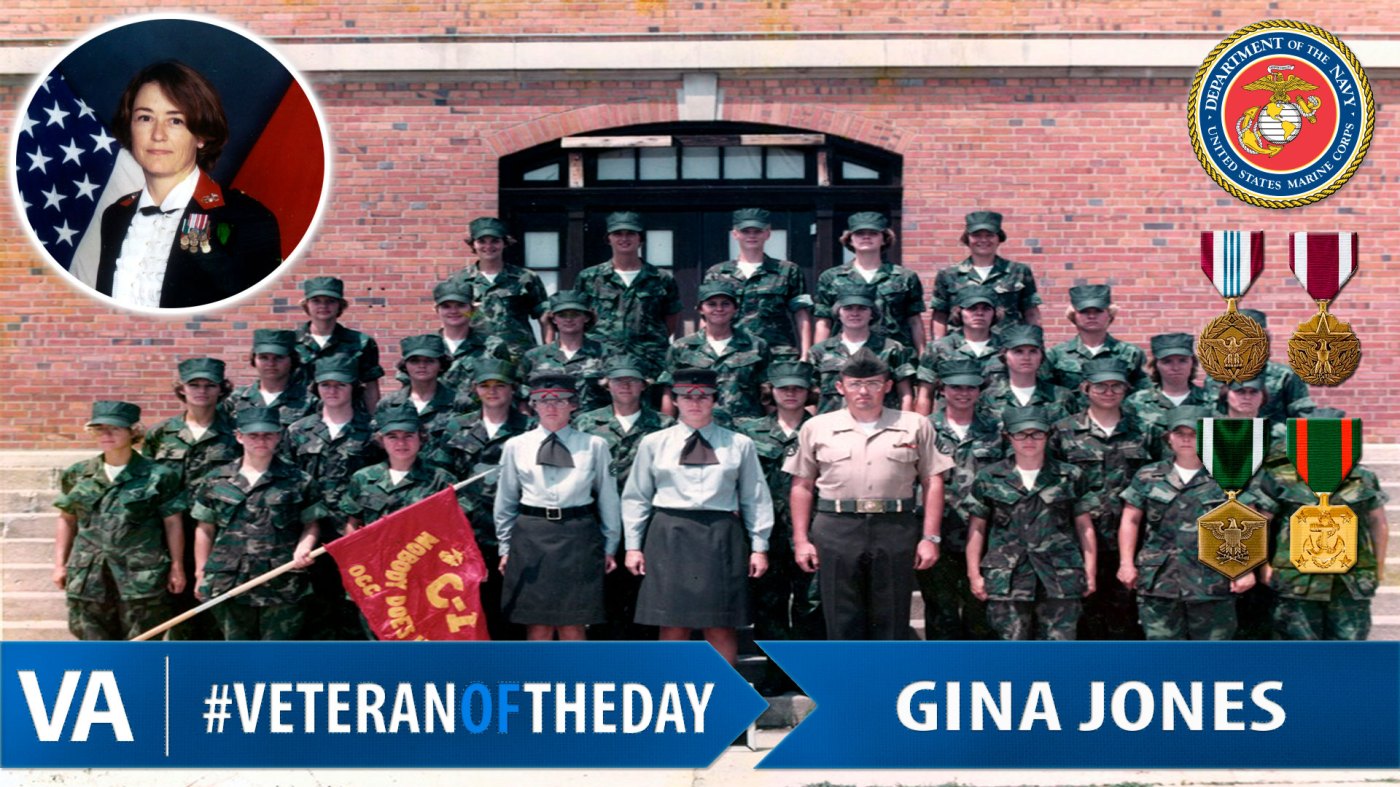 Major Gina Jones shared her story with the Veterans History Project in 2006. She served with 2nd Radio Battalion, 3rd Marine Division and Ist Marine Expeditionary Force as a Cryptologist and Intelligence Officer. The Marine Corps piqued her interest because her husband was already serving, and as a military wife they felt like family to her. In 1978 she was accepted to Officer Candidate School and served for 20 years until her retirement in 1998.

She graduated as a Second Lieutenant, and continued her training as a Signals Intelligence Officer. She also worked with the NSA in intelligence and analysis due to her proficiency in languages. Later, she worked as a program manager for research and development projects pertaining to tactical signals intelligence equipment. Her 20-year career took her to many places and opened up new opportunities.

Though Gina was one of the few women in the Marines in the 70s and 80s, she remembers her time there with fondness. She strongly encourages young people to join the military and to look at all branches. Her most recent project is working with the Transition Assistance Program run by the Department of Defense, which helps military men and women transition back to civilian life.

We thank Gina for her service!