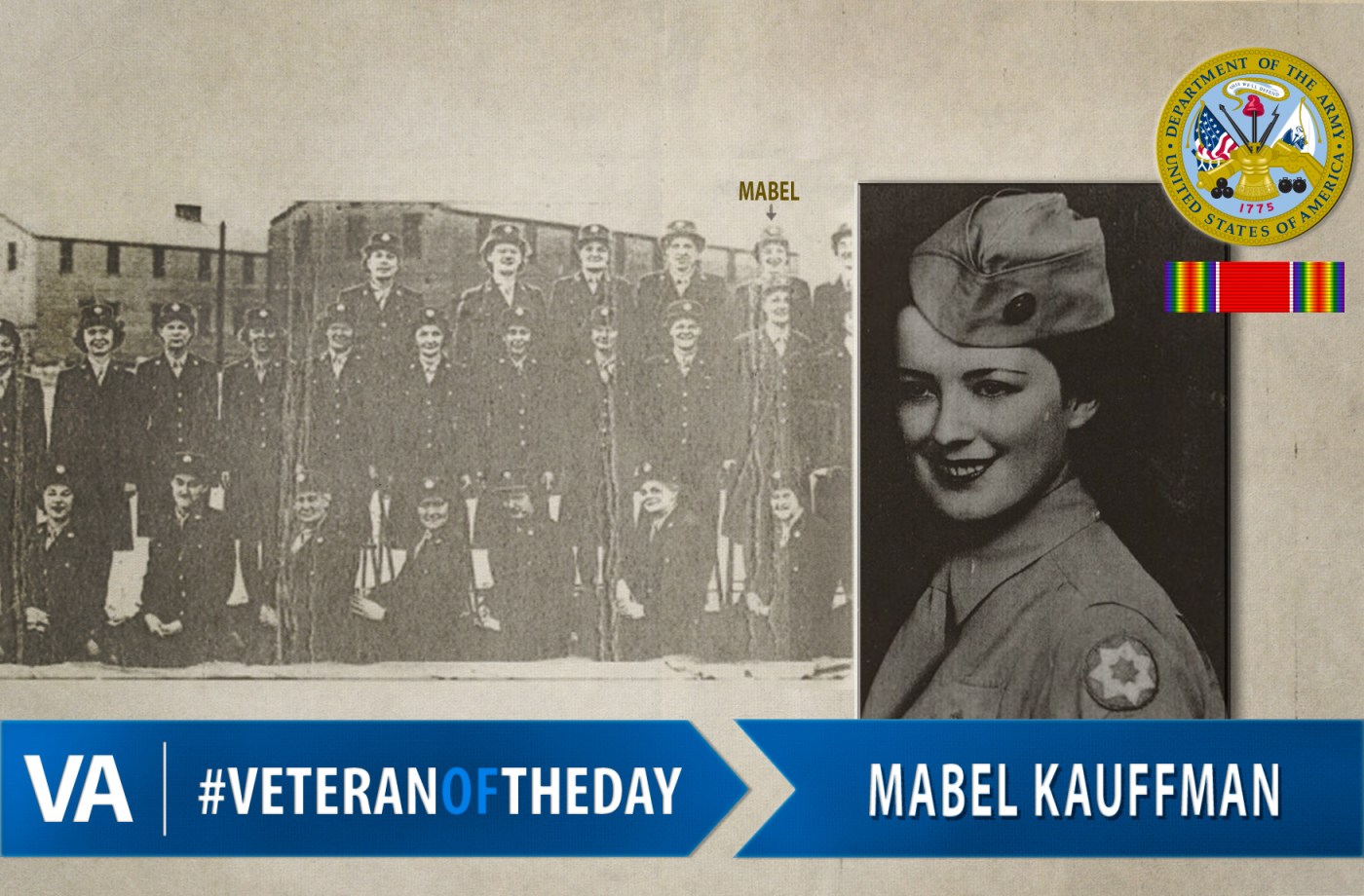 Mabel was born in Lancaster, Pennsylvania. She grew up in a family with 17 children. When she turned 20, she signed up to be a part of the Women’s Army Corps. Mabel worked in a dental clinic during the war. Three of her brothers also joined the military.

After Mabel left the service, she went on to raise four daughters, work multiple shifts, and take care of her husband, who was fully paralyzed from a car accident. In an interview with the Veterans History Project, Mabel attributed her dedication later in life to her experiences with the Women’s Army Corps, saying “…you had to know how to do things. You had to get things done, the Army way.”

Mabel spent 46 years caring for her husband. She also volunteered at a hospital and belonged to a women Veterans organization.

Thank you for your service, Mabel!