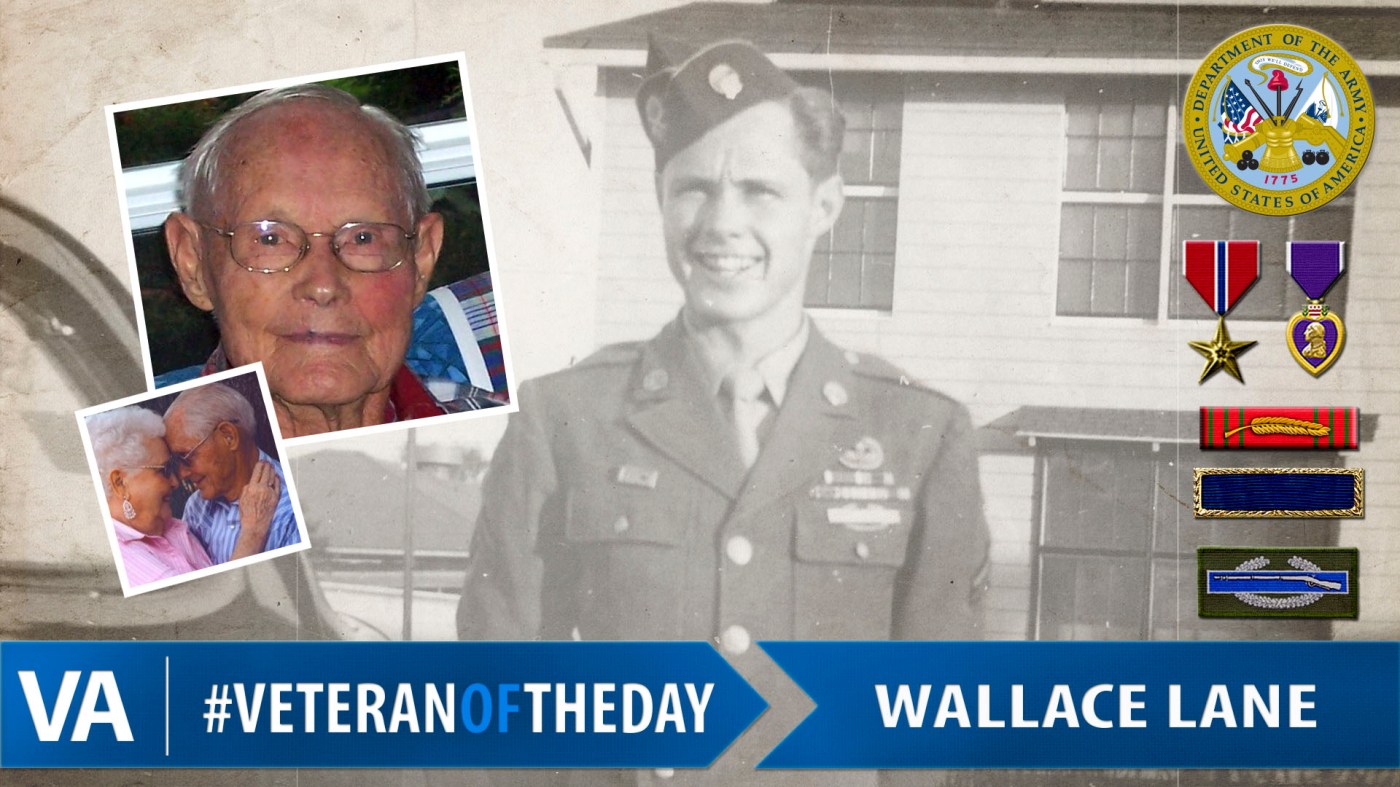 Wallace joined the Army in 1942. Because he was colorblind, Wallace couldn’t become a pilot. Nevertheless, he volunteered for paratroop training because that way he could still work in a plane. Wallace was trained as a motor mechanic and sent overseas to serve in the European Theater in Normandy, Netherlands, and Ardennes campaigns.

When he was picking up mail in Bastogne, a shell hit the cobblestones, and he was severely injured. He was sent back to the U.S. to a hospital to be operated and it was there that he met the love of his life, a young WAC named Gordena. Although they were transferred to different hospitals, they continued their romance and married after his discharge in 1947.

After leaving the service, Wallace and Gordena lived in Los Angeles and raised 2 daughters and a son. Wallace worked in aerospace, first as a draftsman, then a design engineer. In his years in the aerospace field, one of his accomplishments was working on the Apollo space capsule.

Twenty years after the war, Wallace and his family traveled to Europe so he could revisit the places he’d seen during the war.