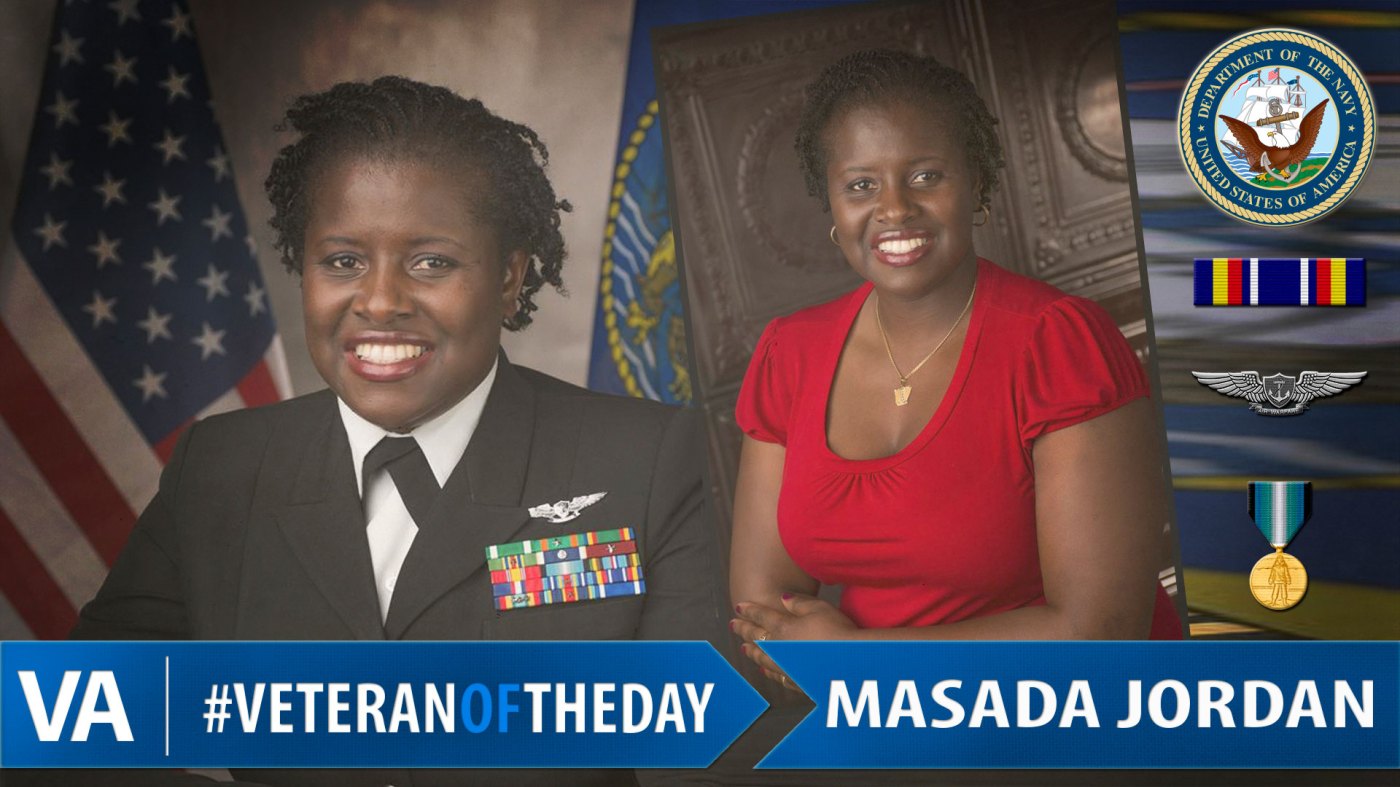 Masada served in the Navy for over 20 years. She enlisted in 1995 and trained as an aviation electrician mate. Her first assignment was at Naval Air Station Point Mugu where she served with Antarctic Development Squadron Six, VXE-6. She was then deployed to New Zealand and Antarctica.

After completing her two tours, she was then assigned to Patrol Squadron 16, VP-16, to maintain the P-3 Orion aircraft. During her time with VP-16, she was deployed to Puerto Rico and Sicily, Italy. Masada earned the enlisted air warfare specialist designation and qualified as an inspector while at Naval Air Station Patuxent River.

Over the course of her military career, Masada served at numerous naval bases and eventually became a sexual assault advocate and a command management equal opportunity team member.

Masada retired from the Navy in 2016. She strives to serve others and is working on a master’s degree to become a guidance counselor.

Thank you for your service, Masada!