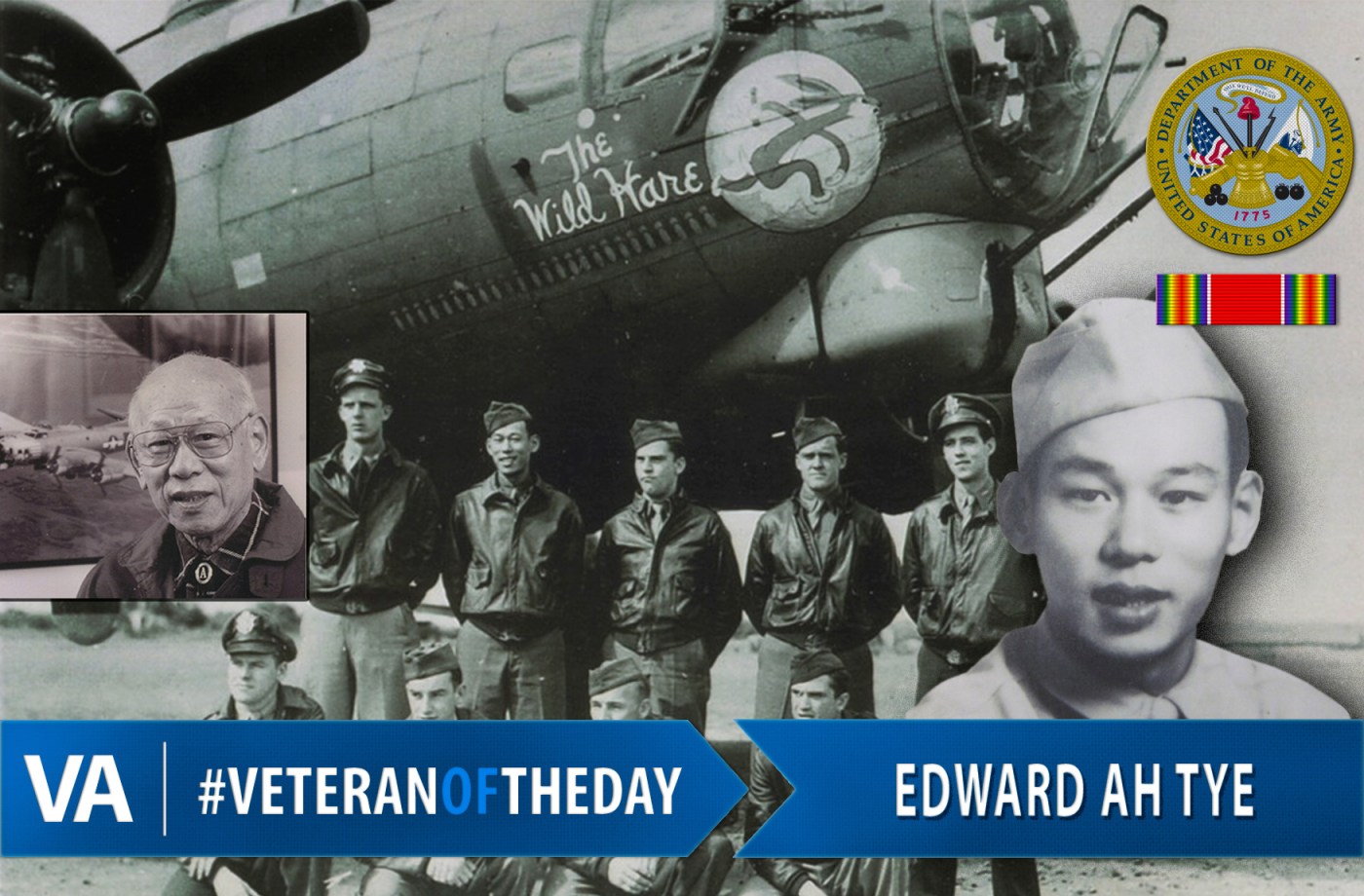 Edward Ah Tye is a World War II Veteran and served with the 324th Bombardment Squadron, 91st Bombardment Group. He detailed his life and experiences as a B-17 top turret gunner and flight engineer in a memoir and interview for the Veterans History Project.

Edward enlisted in the Army Air Corps in 1942 and after intensive training received his first overseas assignment in 1944. He remembers the list of rules they were given upon arriving at Bassingborn Air Base, England. Among them were guidelines for what they should do if they were shot down, which included mixing in with local civilians. Edward asked the officer, “Since I’m a Chinese-American what should I do if I’m shot down and won’t blend with the Frenchmen?” He laughingly recalls the officer’s reply, “Don’t get shot down.”

His first combat mission was Berlin, the heavily protected capital of Germany. Edward and his crew were assigned to a B-17 bomber nicknamed the “Wild Hare.” It was considered to be a lucky plane because a few crews had previously finished their tours on it. In his memoir, Edward wrote that his first combat mission involved over 1000 U.S. bombers in a campaign that was the heaviest bombardment of the area during the war. Edward proudly noted that the 91st Bombardment Group held the distinction of being the first to fly 100 missions and the first to hit a target in the Ruhr Valley, an area where all the factories and industries were situated.

At the end of his tour, he completed 35 combat missions. For his service, Edward was awarded the U.S. Air Medal with three Oak Leaf Clusters and the Distinguished Flying Cross. He considered himself lucky to be the recipient of such honor. He also added, “All in all, the Ah Tyes were a lucky family. Six brothers in the service – three with front line duty and all returned home, healthy and whole.”

Edward and the rest of the “Wild Hare” crew regularly held reunions. He wrote, “After sharing so much during the war, there is a special bond and caring among us.” This is apparent in his memoir where his expressive tales of combat missions are interspersed with details of fellow soldiers he met during the war.