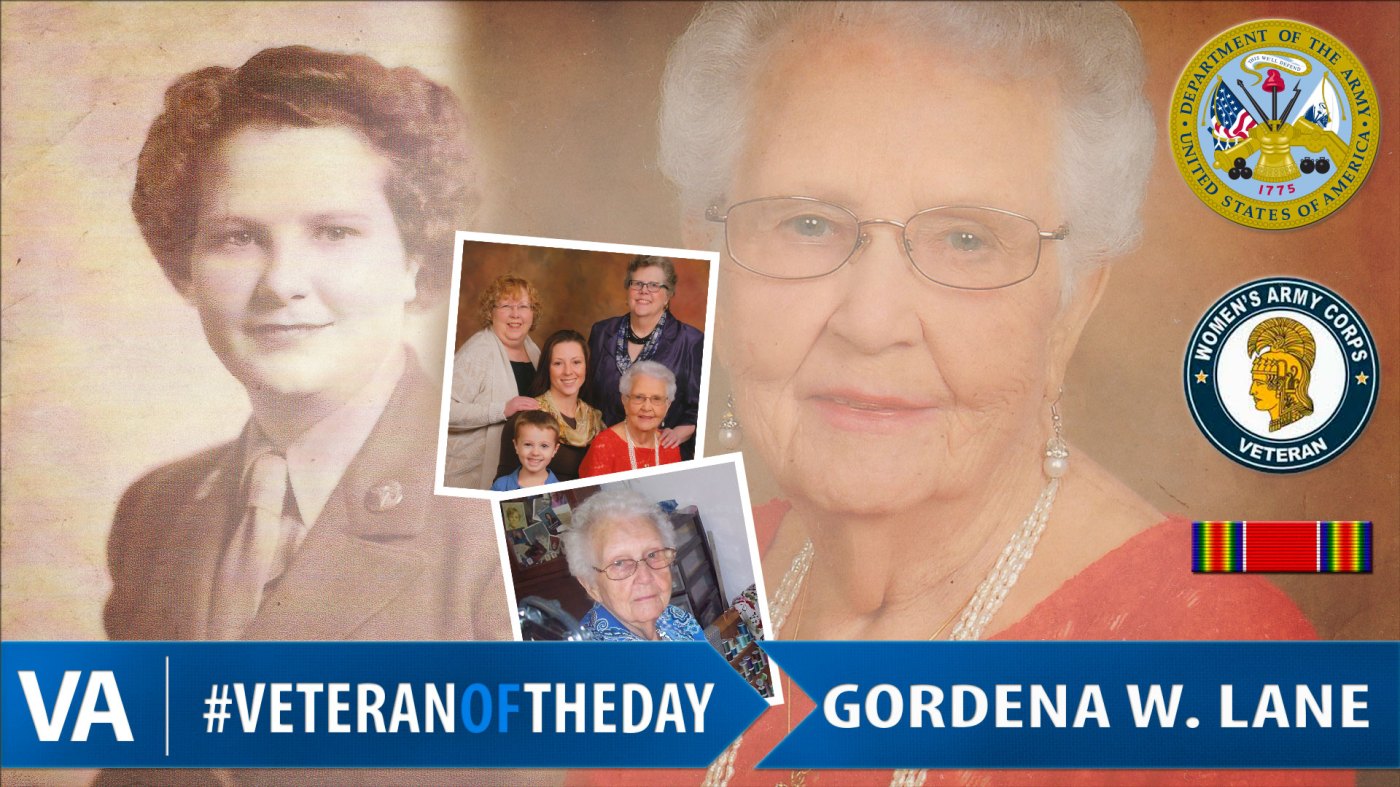 Gordena joined the Women’s Army Corps in the spring of 1945 and worked in a handful of hospitals in the United States including Hammond Army Hospital. She says that enlisting in the Army was the best thing she ever did. Later, she was discharged from the 247th Army Air Force Base Unit in 1946.

Gordena met her husband Wally when he was sent to the hospital after he was injured in the Battle of the Bulge. After the war had ended, they lived in Los Angeles and raised three children. She loves traveling, knitting, and most of all sewing clothing for herself and her family. In October 2016, Gordena attended a reunion of the Veterans of the Battle of the Bulge.

Thank you for your service, Gordena!