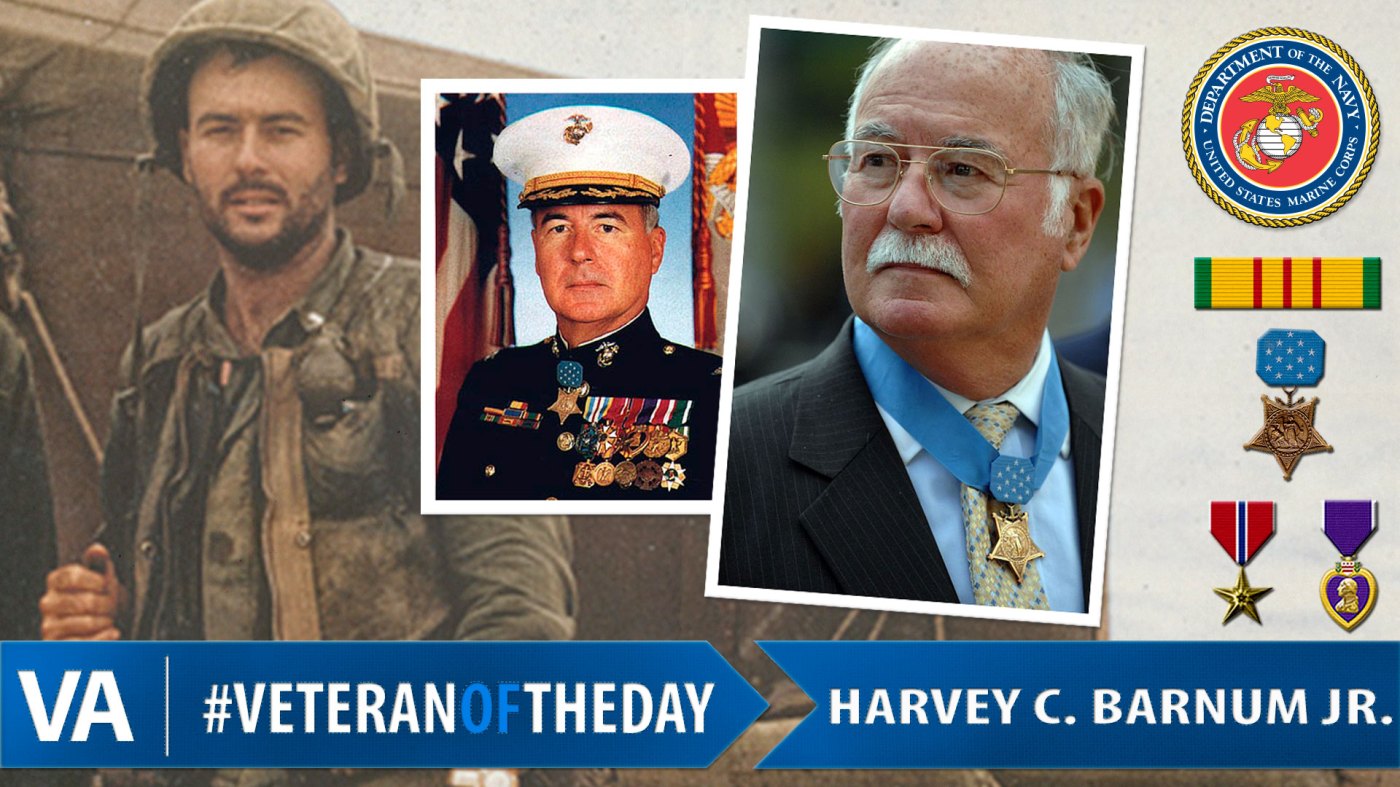 Barney was born in Cheshire, Connecticut and attended Cheshire High School. It was during Military Day at his high school that Barney decided that he would join the Marine Corps. He did the paperwork to enlist as a senior in high school and joined the Platoon Leadership Class when he got to St. Anselm College in Manchester, New Hampshire. He attended two summer training sessions during college, and upon graduation in June 1962, he was commissioned a Marine Reserve second lieutenant.

Barney was ordered to Marine Corps Schools, Quantico, Virginia, where he attended The Basic School until December 1962, when he began the Artillery Officers Orientation Course, graduating in February 1963. He was then stationed in  Okinawa, Japan. He served a forward observer and then as the battalion’s liaison officer. In July 1964, he accepted appointment in the regular Marine Corps.

Barney served two combat tours in Vietnam, the second after he had already been awarded his Nation’s highest award for military valor. Two weeks into his first tour in Vietnam, his actions on December 18, 1965 would earn him the Medal of Honor. He had taken over command of a rifle company when its commander has been killed in action, and reorganized it for defense and successful evacuation after destroying the enemy. His Medal of Honor citation reads:

“Finding the rifle company commander mortally wounded and the radio operator killed, he, with complete disregard for his safety, gave aid to the dying commander, then removed the radio from the dead operator and strapped it to himself. He immediately assumed command of the rifle company, and moving at once into the midst of the heavy fire, rallying and giving encouragement to all units, reorganized them to replace the loss of key personnel and led their attack on enemy positions from which deadly fire continued to come.”

Barney was the fourth Marine to receive the medal for valor in Vietnam. He retired from the Marine Corps in 1989 after more than 27 years of service. Barnum served as Deputy Assistant Secretary of the Navy for Reserve Affairs from July 23, 2001 to January 20, 2009. He also served as Acting Assistant Secretary of the Navy (Manpower and Reserve Affairs) from January 21, 2009 to April 30, 2009. He currently serves on the Segs4Vets and on the Pentagon Federal Credit Union Advisory Board. He also serves on the Board of Directors for the Marine Corps Law Enforcement Foundation MCLEF.org, the Americans in Wartime Museum and Medifast.

Thank you for your service, Barney!