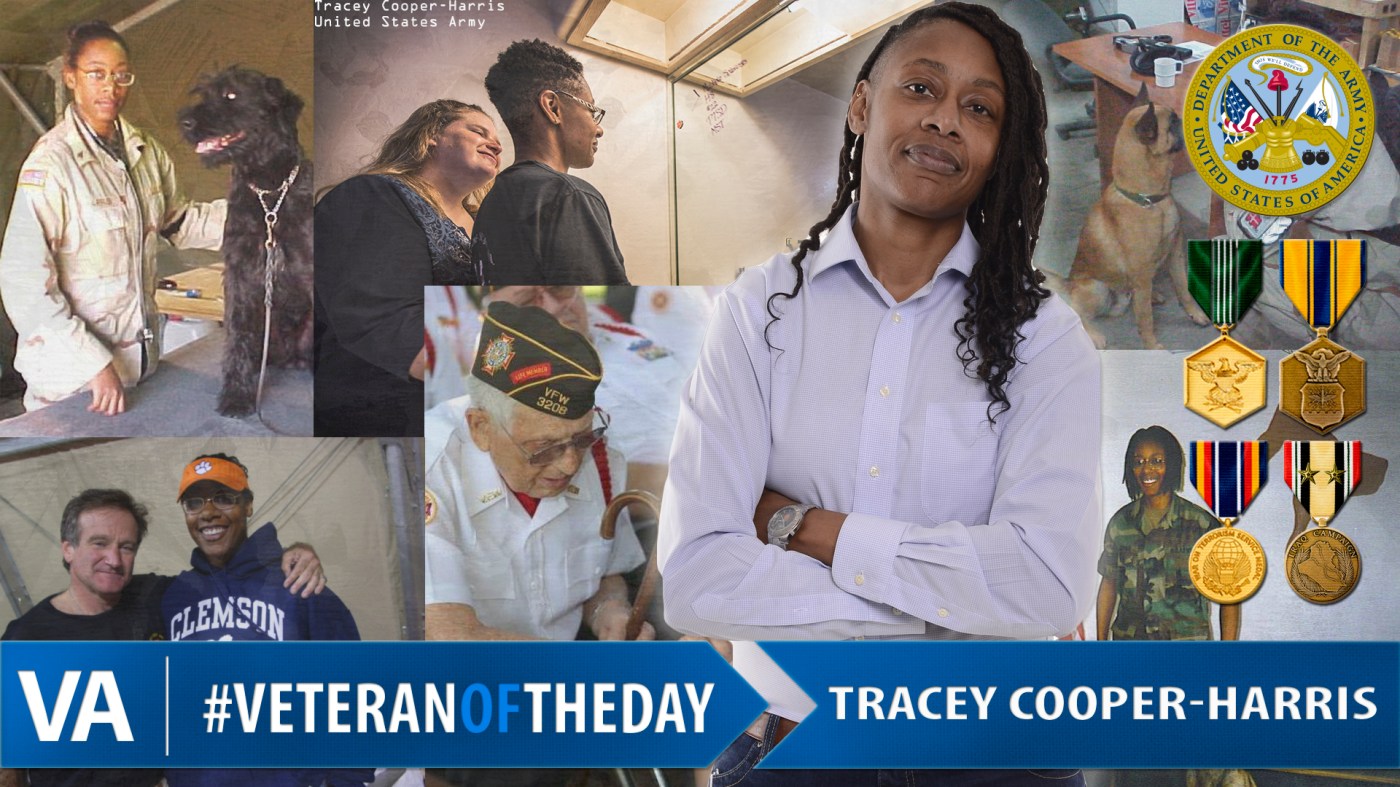 Tracey signed up for delayed entry program during the first Gulf War and went to basic training a month after graduating high school. For more than eight years, she worked as an Animal Care Specialist in the Army, taking care of military working dogs and privately owned pets of active duty and retired military.

During her enlistment, Tracey played rugby for the U.S. Combined Services Women’s Team, and her love for rugby stuck with her while she attended Clemson University once her enlistment was completed in 2003. Following the terrorist attacks of 9/11, Tracey was activated out of Stanton, California, to assist with veterinary support for Operation Enduring Freedom and Operation Iraqi Freedom.

Tracey earned her B.S. in Kinesiology from Cal State Northridge in 2010. That same year, Tracey was diagnosed with multiple sclerosis, a chronic neurological condition of the brain and central nervous system.

As a member of Iraq and Afghanistan Veterans of America (IAVA), she participated in numerous events, including being part of a 30 member team of IAVA Veterans who went to talk to legislative officials in Washington, D.C., to advocate for newest generation of Veterans in fighting high rates of Veterans’ unemployment, push for more timely benefits and care, advocating for awareness of Veteran/military suicides and other issues.

In addition to IAVA, Tracey is a member of the VFW, American Legion, Paralyzed Veterans of America, Veterans in Film and Television and Vietnam Dog Handlers of America.   She is an active member with physical activities and volunteering with community building with the Wounded Warrior Project, Team RWB and 1st Platoon Los Angeles at The Mission Continues. Her last job was with VA in a supported employment program for Veterans who are homeless or who are at the risk of becoming homeless.

Thank you for your service, Tracey!