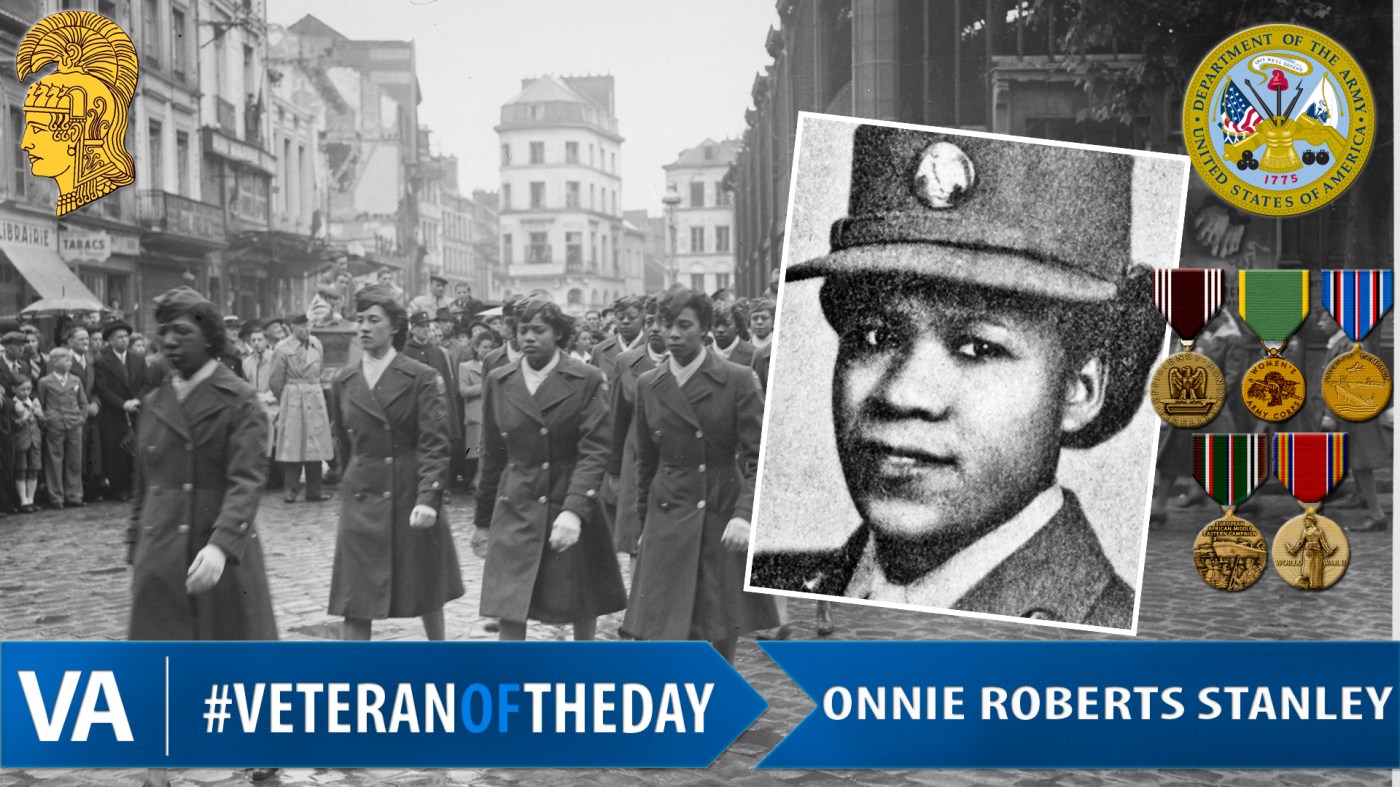 Onnie was born in Texas in 1920. She joined the Women’s Army Corps in 1943 when she was 23 years old. Onnie was part of the only all women battalion to be deployed overseas. They set off by boat to Europe and arrived in February 1945 as German rockets struck, making everyone run for shelter.

Onnie and her unit made their way to Birmingham, England and set up shop, sorting and redirecting the delivery of millions of backlogged letters and packages. Then they were reassigned to Rouen, France to do the same thing. From there the were assigned to Paris, where they saw the war come to an end.

Onnie married and lived out the rest of her life in California. She passed away on June 17, 1992 and is buried in the Los Angeles National Cemetery.