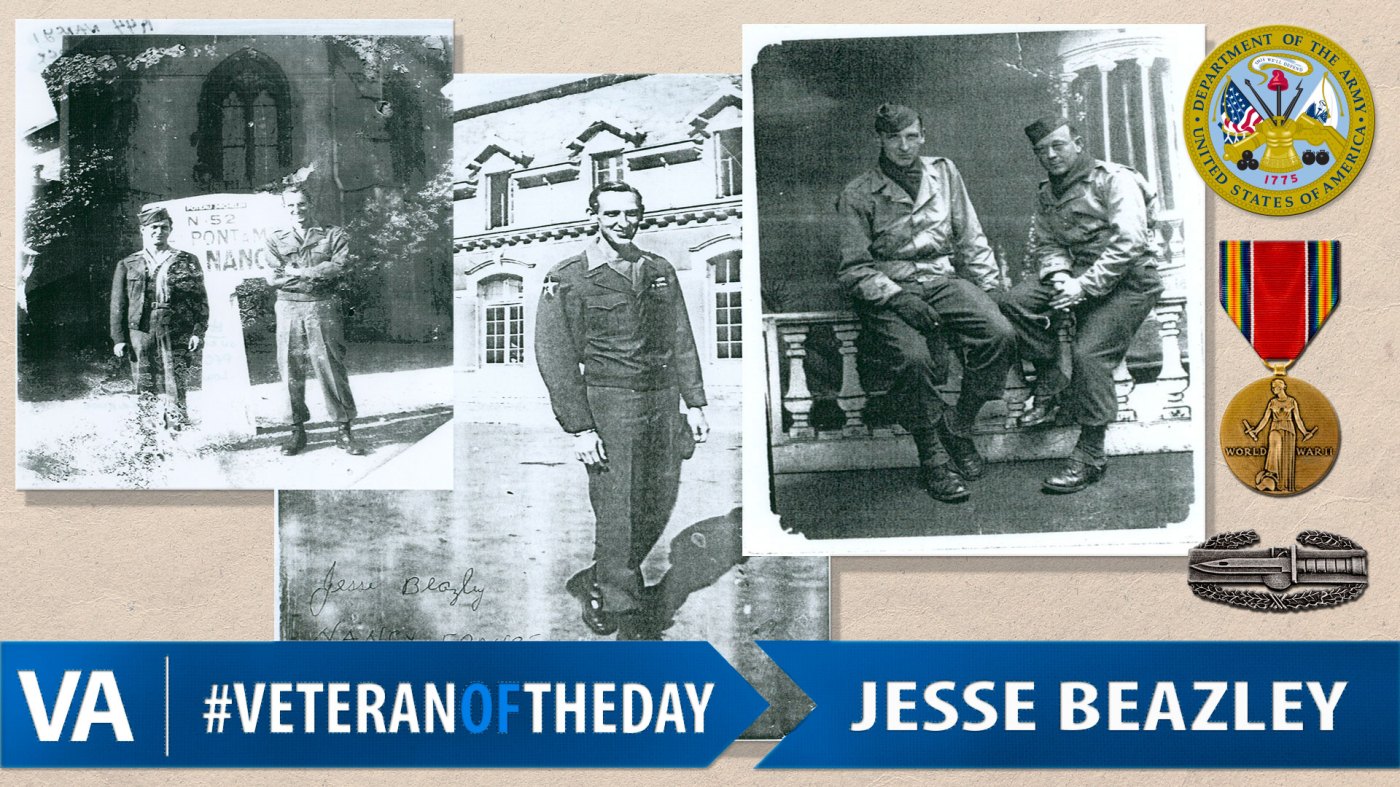 Jesse served as a combat rifleman. In 2004, he shared his story about his time in the military with the Veterans History Project. He believed it was important for people to learn from and about the war.

At the age of 19, Jesse enlisted in the Army.. After training for just a few weeks he was sent to England to prepare for D-Day. The invasion was scheduled for June 5, but due to bad weather General Eisenhower called it off. The next day Jesse recalls “seeing the looks on the faces of the young men…but all at once it got completely silent, and young men looked like old men. We were praying, all of us praying.” During the battle, his boat was hit and he felt his body burning up. He saved himself by jumping into the icy water with only his rifle and gas mask and swam towards the shore.

When he finally arrived on land he was separated from his unit, yet he stood his ground in a foxhole and continued to aim for the enemy with his rife. In what he said was the worst night of his life, he heard an American officer warning everyone to get in a foxhole during an intense battle. The following day Jesse remembers waking up alone, not knowing who was alive and what was left to fight. All the men continued to push through, fighting for a win for our country. On Dec. 7, 1945, he got the notice that he was finally going home.

Jesse Beazley passed away in 2015.