Home / Veteran of the Day / #VeteranOfTheDay Russell A. Lambros 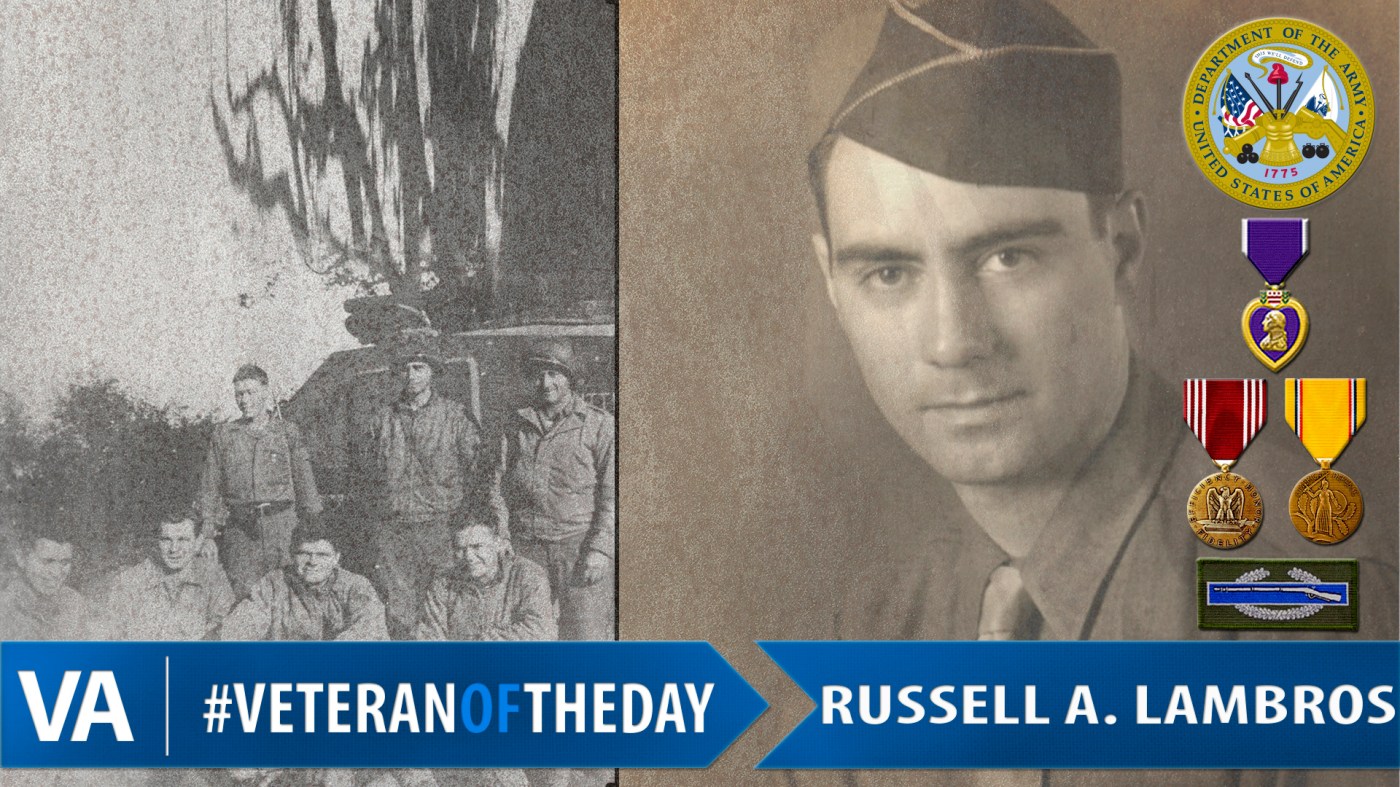 Russell joined the Army in 1941. He served in the North African and European Theaters and participated in battles in Tunisia, Sicily, Northern France, Normandy as part of the D-Day Invasion, the Ardennes and the Rhineland.

His service came to an end when he was severely injured in Belgium during the Battle of the Bulge on Dec. 27, 1944. He was carried off on a stretcher and sent back to a field hospital by jeep. He was in a comma for one week.

After Russell left the service and recovered, he earned a degree in pharmacy from the University of Florida. He worked as a pharmacist for more than 30 years. Russell passed away on June 5, 2015. He was almost 98 years old.

We honor your service, Russell.