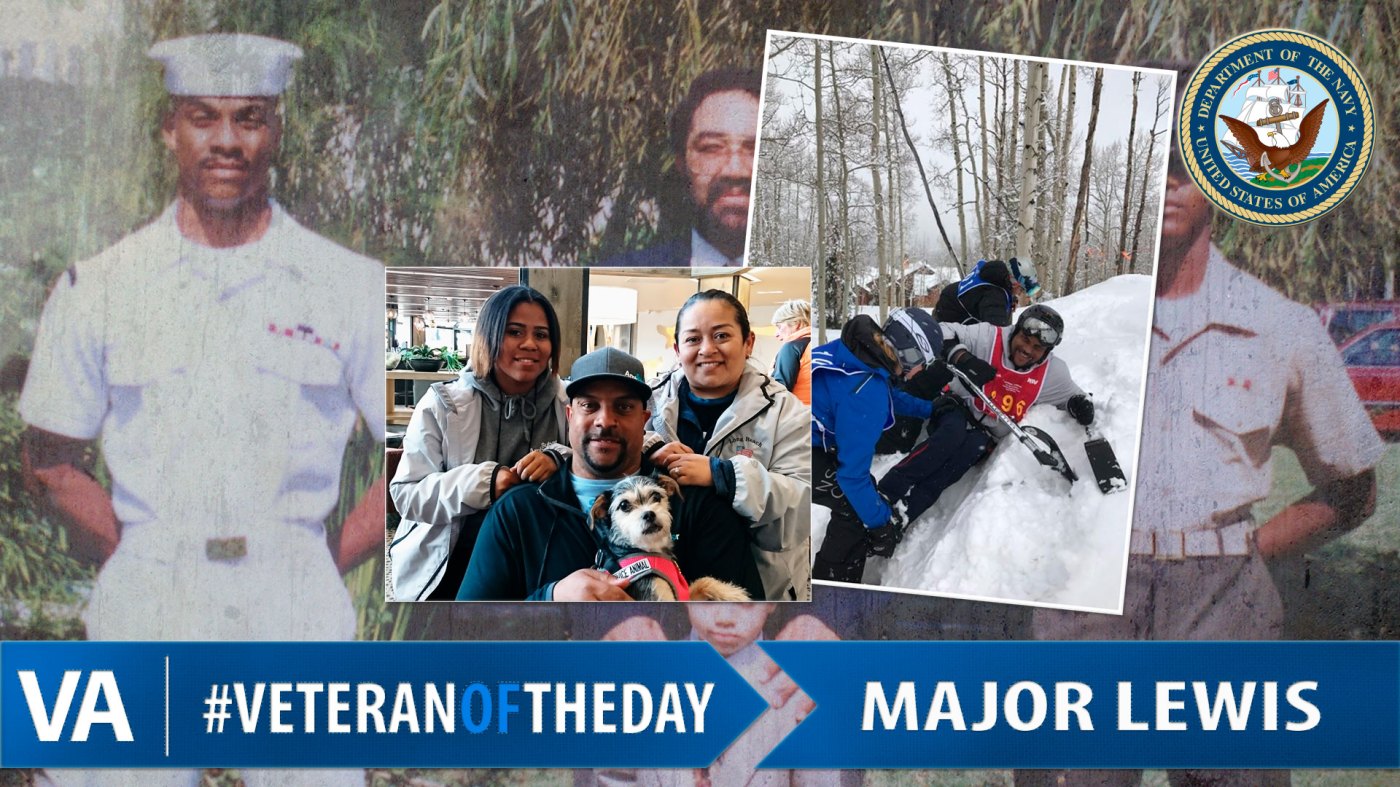 Today’s #VeteranOfTheDay is Navy Veteran Major Lewis. Major comes from a military family, so joining the Navy was a natural thing. He enlisted in 1990, and after serving for 10 years, went immediately into the Navy Reserves. Three years in, a motorcycle accident left him paralyzed and in a wheelchair.

Finding a new normal became the priority for this Big Bear, CA native. In 2008, he took the plunge and tried online dating. He met, and eventually married April, and they formed a blended family. Today, Major and his wife live in Victorville, CA, a suburb of LA. They have her daughters, Grace and Faith, as well as his daughter, Taylor. And, let’s not forget the four female dogs, especially Ava, a Border Terrier-Chihuahua mix, who seems perfectly content to be a daddy’s girl.

“I guess that makes me the Alpha,” he laughs when it’s pointed out to him that he is the only male. “I love it.”

No matter what else was different, somethings don’t change. One of those things was his passion for all things related to motorsports. Major has a dream. It’s a big one, and meeting several DAV people at this year’s Winter Sports Clinic has given him new hope and direction.

“I realize that I have to keep talking to people, meet new people, and keep driving my dream forward,” he stated boldly. “My dream is to have an event that is as big, as nationally attended, as one of the Sports Clinics, but dealing with all things motorsport.”

He imagines Veterans of all abilities coming together to race, train, and learn about the mechanics of motors through events, training and competitions that have to do with every aspect of motorsports.

“If you love it as much as I do, or if it’s only casual interest, I want a place that you can come and experience, learn, and be around others that are just as interested.”

Thank you for your service, Major!

Adaptive Sports Veteran of the Day