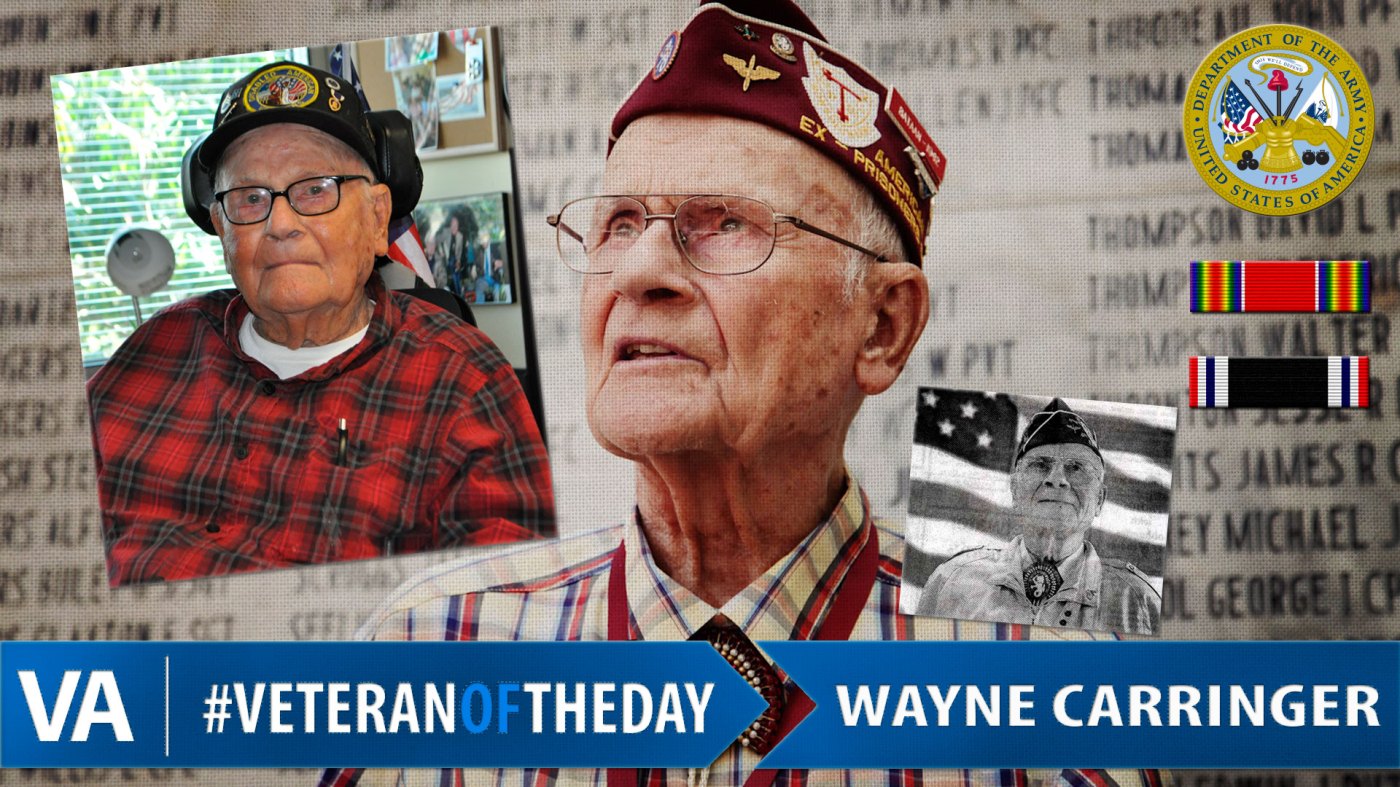 Today’s #VeteranOfTheDay is Army Veteran Wayne Carringer. Wayne was 17 years old when he joined the Army in 1939, although he reported that he was 19. He was stationed in the Philippines for only two weeks when Japanese forces attacked Pearl Harbor. He was then sent to Bataan. On April 9, 1942, Bataan was taken over by Japanese forces. American and Filipino soldiers fought bravely with equipment and weapons left over form World War I because Bataan had no antiaircraft batteries. It was there he became a Prisoner of War, and survived the brutal Bataan Death March, a 60-mile march that killed thousands.

He spent an entire year at Camp O’Donnell, which he recalled as a death factory. At the end of the year, he was loaded onto a ship and taken to Omatu, Japan to work in the Mitsubishi coal mines; working up to 10 hours a day, and only receiving a bowl of rice and cabbage leaf soup twice a day. “The POW’s worked in groups of ten,” he said, “and the guards told us that if one tried to escape, the other nine would die.” Once, when sick, he was put in “Zero Ward,” where prisoners were sent to die. He was a Prisoner of War for over 3 years.

Wayne was a staff sergeant when separated from service in 1946. When he finally made it home, back to North Carolina, Carringer started a family, a business and continued his service to the community, a longtime active member of the American Legion and the Masons, and a volunteer counselor at the VA. “I thank God for giving me the courage and strength to endure the torture, the beatings and the humiliation to come home to the greatest country in the world,” he said.

Thank you for your service, Wayne!