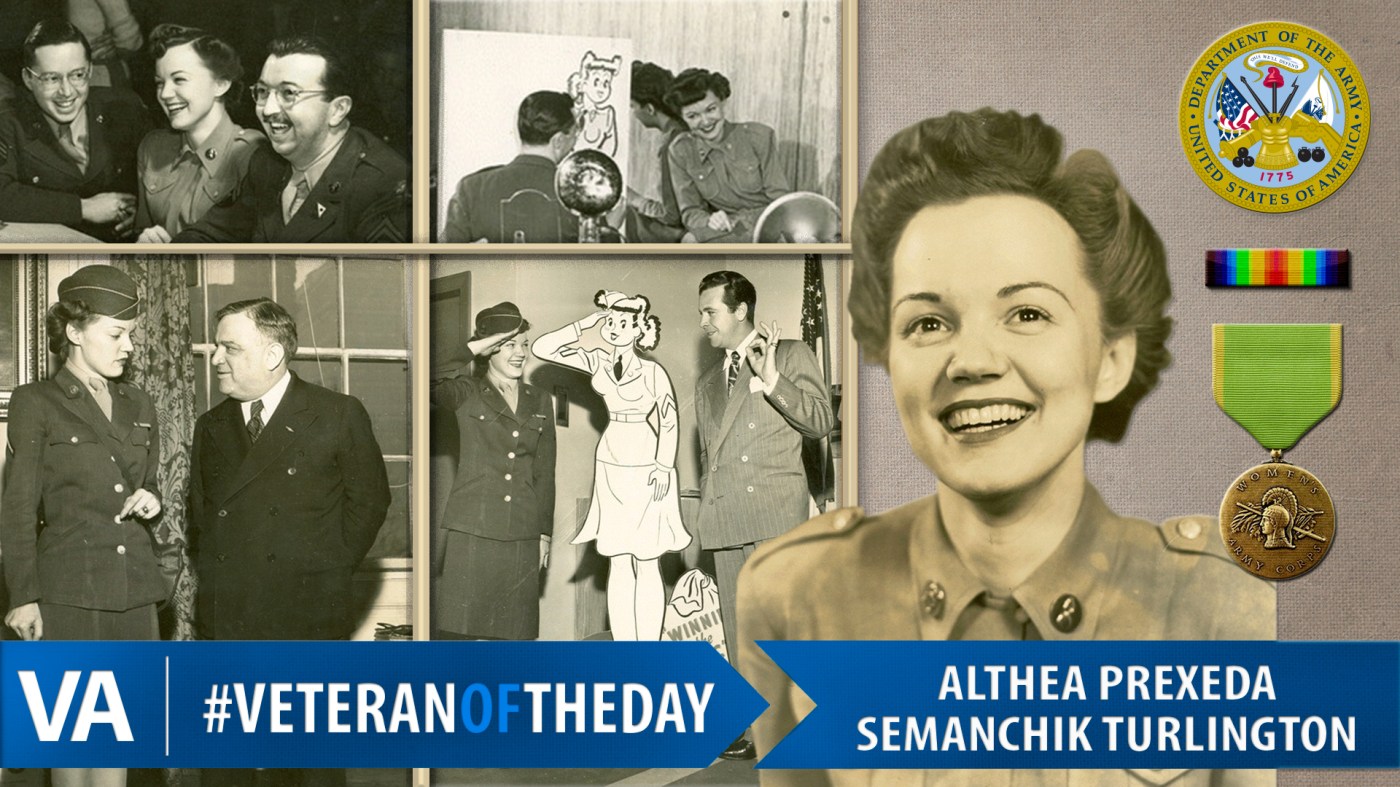 During World War II, “Winnie the WAC,” a cartoon depicting the Women’s Army Corps, became a popular character. The model for Winnie was Private First Class Althea Semanchik. Her account of her public relations tour for Winnie and details of her service were given to the Veterans History Project.

Althea applied for a position in the Women’s Army Corps in 1943 and was assigned to the 2502 SCU. Under Army supervision, she studied mathematics at the University of Pennsylvania for her work in ballistics. Althea was stationed at the Ordinance Research Center at Aberdeen Proving Ground where she worked on calculating fire ranges and determining the path and hitting power of shells.

While at Aberdeen Proving Ground, artist Corporal Vic Herman chose her as his model for “Winnie the WAC” to be featured in “Flaming Bomb,” the camp newsletter. The cartoon series was a hit and was distributed worldwide to other base newspapers. Althea, on a recruiting tour said, “The main idea is we are all trying to help win.”