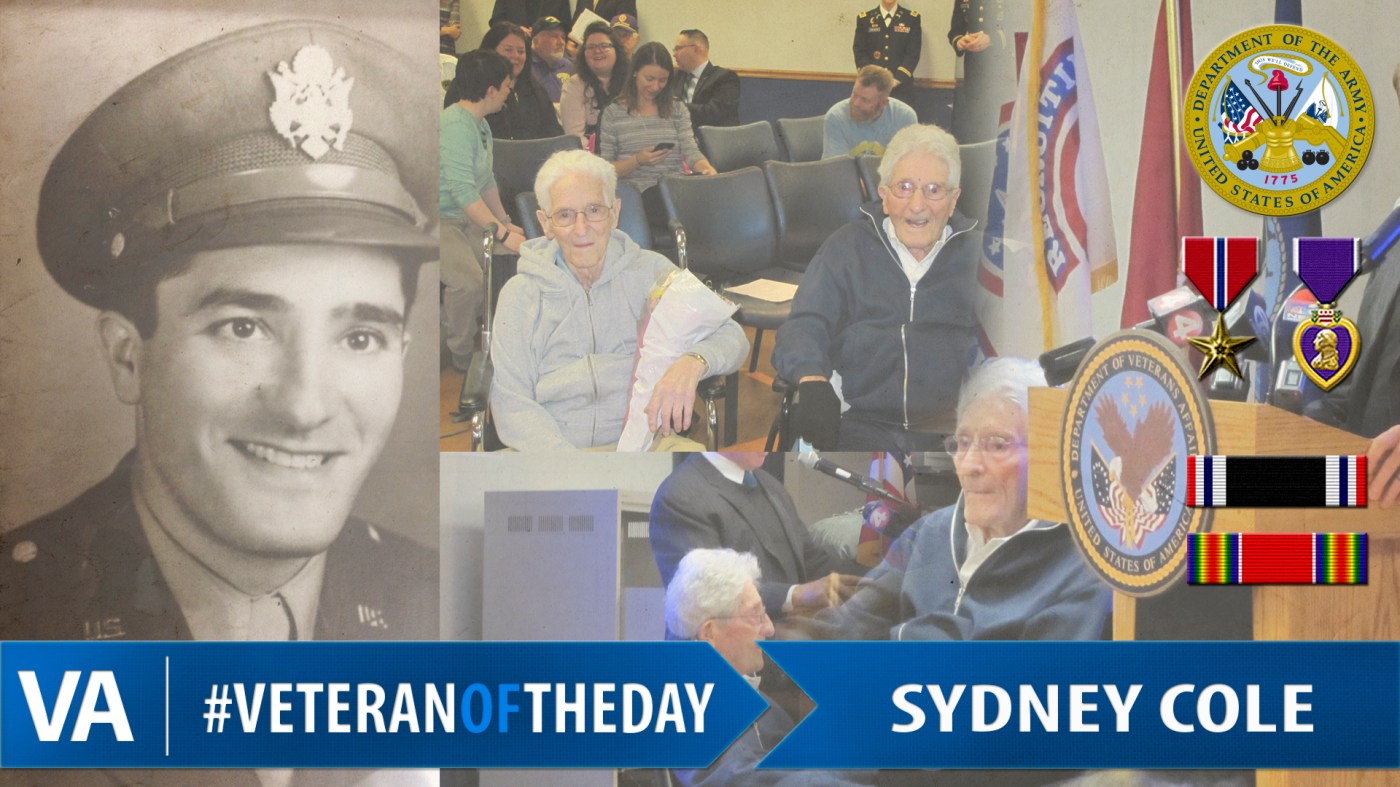 Today’s #VeteranOfTheDay is Army Veteran Sydney Cole. Sydney served during World War II as a pilot from 1943-1945 and was a Prisoner of War for several months.

Sydney had a love for aviation, and initially enlisted with the Royal Canadian Air Force before the United States entered the war. In September 1943, he enlisted in the U.S. Army and joined the 776th Field Artillery Battalion. He fought in the Battle of the Bulge, but will never forget what happened on January 2, 1945, the day he became a Prisoner of War.

Captain Cole was serving as Chief Forward Aerial Observer when his aircraft was hit by enemy fire and disabled. He remained calm, and put the plane in glide mode so he and his co-pilot could parachute down to safety. However the co-pilot’s headset was caught in the door, and Sydney assisted his fellow soldier to safety on Allied Powers territory. But by helping his co-pilot, Sydney’s own descent from the aircraft was delayed; he would end up behind German lines. He was shot multiple times by German troops during his descent. Two days after his fall, nearly bleeding and freezing to death, he was captured by the Germans.

Before the Germans found Sydney, he remembered that his “dog tags” gave away his religious beliefs and quickly threw his tags as far possible into the woods. If the Germans discovered he was Jewish, he knew he would immediately be sent to a concentration camp and most likely killed. Sydney was sent to a Prisoner of War camp run by the Hitler Youth. He was fed a mixture of grass and potatoes, and was not allowed to shower or shave. In January he weighed 145 pounds and by May he weighed a mere 95 pounds. Eventually the camp was abandoned and the Russians dismantled the barbwire and arrived with medics. A few months later there was a prisoner exchange and he was finally free.

Sydney was discharged from the Army in December 1945. He married his wife Sybil, and had one child Richard. Sydney’s heroism and quick thinking has not gone unnoticed and was presented with numerous decorations including Bronze Star, Purple Heart, and POW Medal.

Thank you for your service, Sydney!