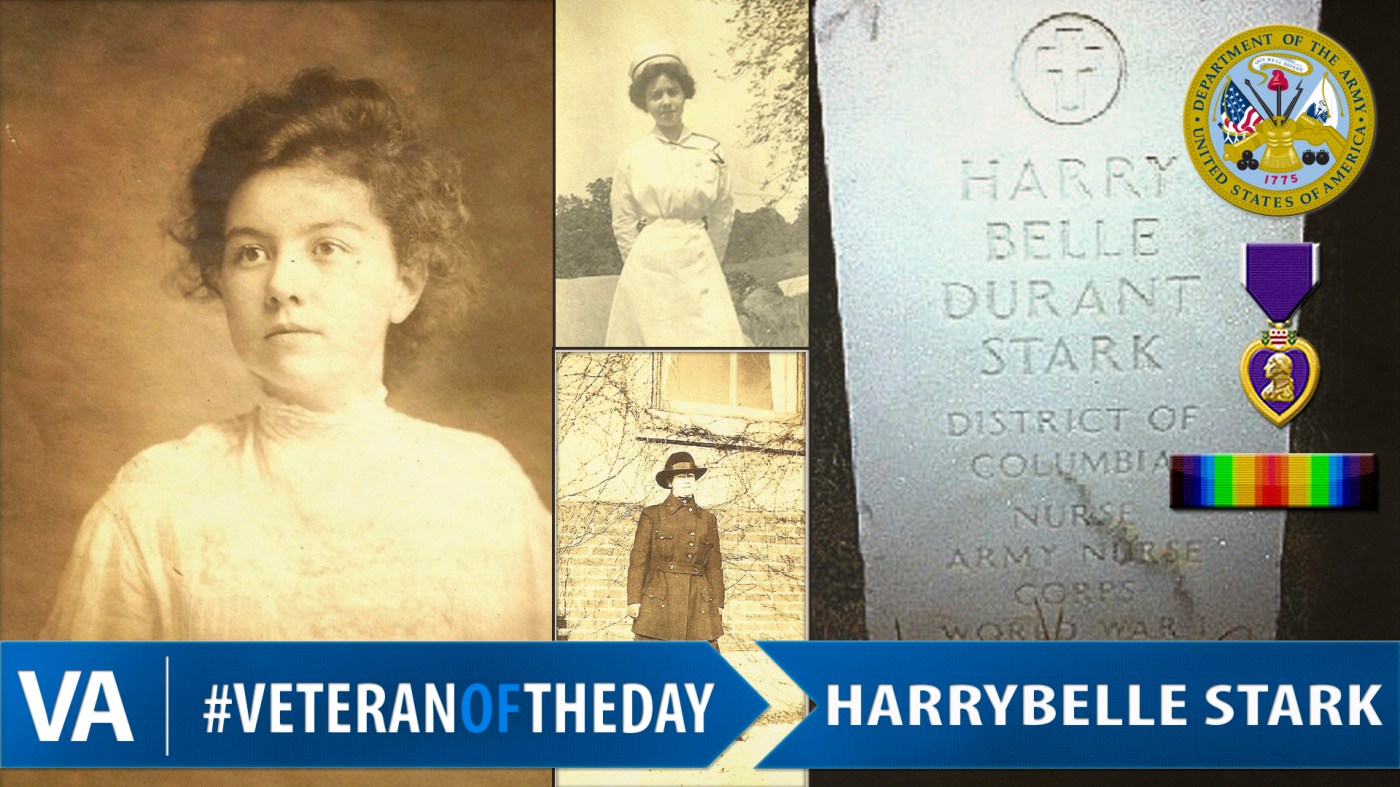 Harry Belle was one of the few women known to have been exposed to mustard gas during World War I. She graduated from Saint Vincent’s Hospital School of Nursing in 1911 and became a Red Cross Nurse. Later she joined the Army Nurses Corps. She was stationed in Texas and Pittsburgh before sailing to Europe. She was transferred to Evacuation Hospital No. 6 in France in July 1918. Harrybelle was the Assistant Chief Nurse and worked directly with patients coming in from the front lines. She was exposed to mustard gas while working in the evacuation hospital. She returned home in 1919.

After the war, she married her husband Gustave and started a family, but the effects of the gas took a toll on her. Little is known about her exposure, but everyone who was gassed developed symptoms of some kind. Many veterans suffered from lung damage and ended up in tuberculosis hospitals. In 1926, she was admitted to the Veterans Bureau hospital, known as Castle Point in New York.

Harry Belle Stark, never recovered the vigor of life. She spent nearly 12 years of her life in the Castle Point Veterans hospital and died on April 17, 1937. At the time, she had been in that hospital longer than anyone else ever had. She was buried with full military honors in Arlington National Cemetery.