Home / Veteran of the Day / #VeteranOfTheDay Jack A. Phillips 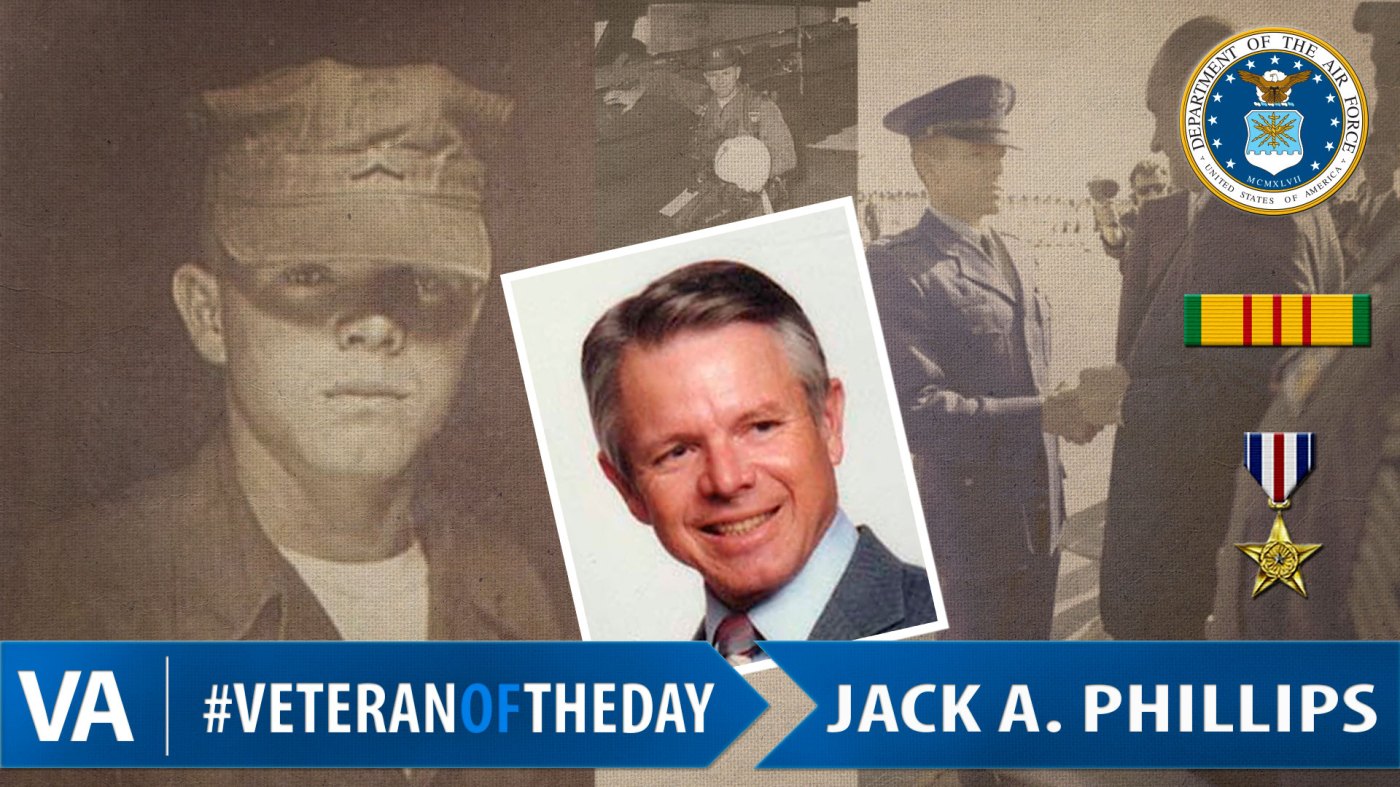 Jack was born in Wichita, Kansas, in 1937. He and his brother were raised by his mother, who supported them with a job at Cessna Aircraft until World War II ended. After the war, all the women were laid off and the jobs were given to the returning men. After that, Jack’s mother moved them to a small farm near Rose Hill, Kansas, in 1948, where they faced extreme poverty.

After graduating from Rose Hill High School in 1955, Jack harvested wheat and worked at Boeing before enlisting in the Marine Corps in 1956. After basic training, he was assigned to Camp Pendleton, California, where he remained and became a sergeant before discharge in 1958.

Then, Jack joined the Air Force in 1959 and was directly assigned to Nellis Air Force Base, Nevada, as an administrative clerk for the fighter weapons. At the base, Jack was awarded Airman of the Month and given a ride in an F-100 fighter aircraft. It was then that he realized his passion for flying. He applied for officer candidate school and ended up graduating as the top pilot of his class.

After a few assignments in his home state of Kansas and in Germany, Jack volunteered to be sent to Vietnam in January 1967, joining the 34th Tactical Fighter Squadron at Korat Royal Thai Air Force Base, Thailand. After flying 100 combat missions, Jack returned to McConnell Air Force Base in Kansas as an instructor pilot.

On Veterans Day in 1967, President Lyndon B. Johnson personally decorated Jack with three awards of the Silver Star for actions during the Vietnam tour, and four awards of the Distinguished Flying Cross were presented at later ceremonies.

In 1973, after obtaining his degree from the University of Tampa, Jack was selected as aide to Lt. Gen. Hardin, the deputy commander in chief. This challenging job included writing speeches and giving briefings to the highest levels of command, including the Joint Chiefs of Staff in the Pentagon. This duty also included being the general’s pilot and performing as an instructor pilot.

Upon promotion to lieutenant colonel in 1974, Jack again went to Korat Royal Thai Air Force Base, Thailand, as an operations officer. Jack participated in the Mayaguez incident and provided air cover for the evacuation of Saigon. As the commander, he brought the squadron back to the United States in December 1975, making them the last F-4 squadron to leave Southeast Asia.

In 1977, Jack was offered an assignment to the Pentagon, but turned it down and retired. After retirement, Jack returned to Tampa for a couple years in the commercial and investment real estate field. However, he then decided to become a full-time treasure hunter. This is how he met his wife, whom he married in 1990. They have four children and six grandchildren.

Jack and his wife have since given up treasure hunting. Today they reside in a small town in North Alabama.

Thank you for your service, Jack!