Home / Veteran of the Day / #VeteranOfTheDay is James Alvis. 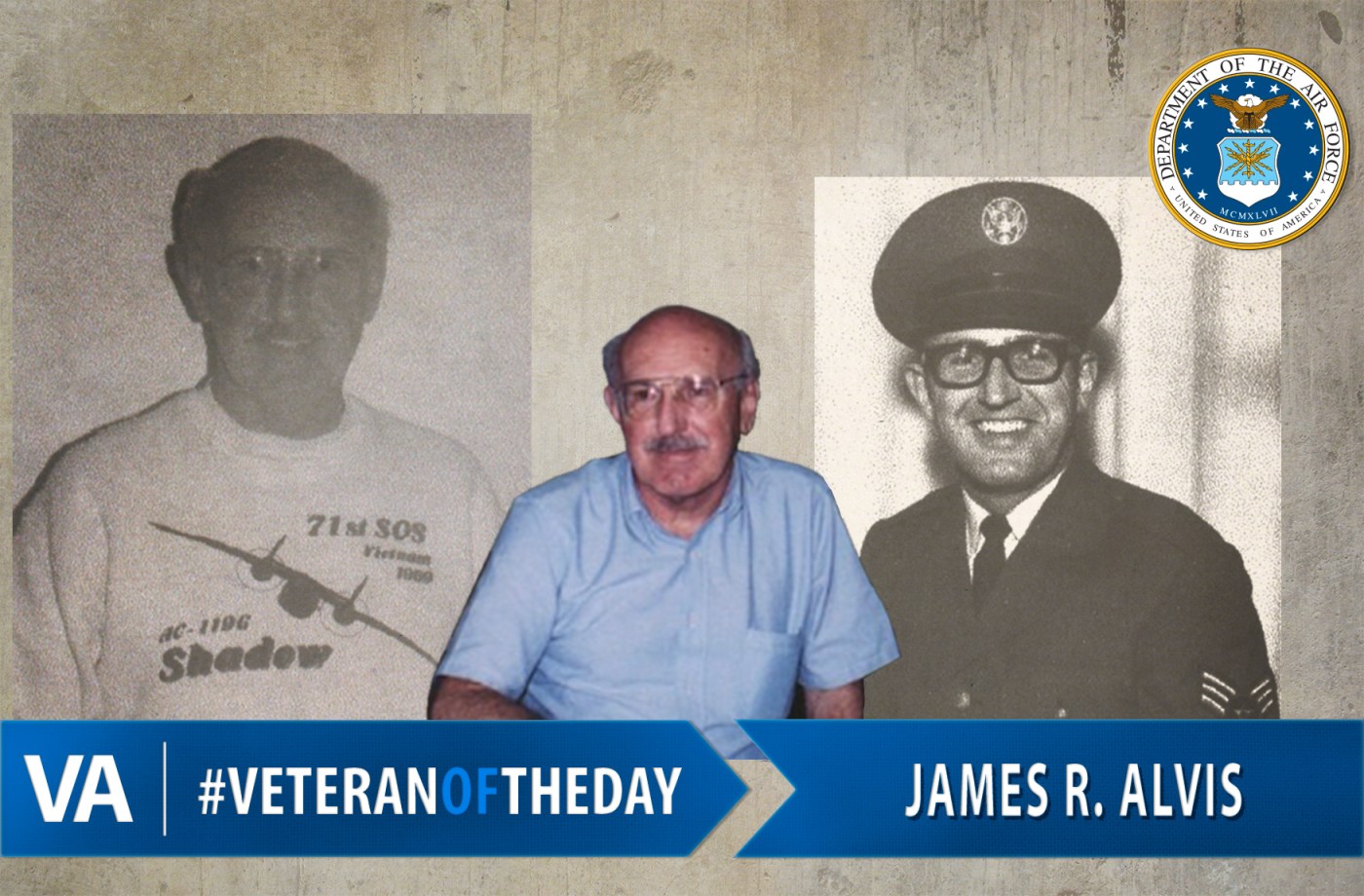 James was a member of the Air Force Reserve and served during the Vietnam War with the 434th Troop Carrier Wing, the 930th Tactical Airlift Group and the 71st Special Operations Squadron.

In 1965, James enlisted in the Reserves and started boot camp one month later, he recalled during his 2002 interview with the Veterans History Project. He knew he wanted to work on planes, so he went to tech school to become a mechanic. At Lockbourne Air Force Base he was a crew chief in charge of overall maintenance of the airplanes. His job demanded pre-flight inspections, engine run throughs and system checks, preparation for new aircrafts to be sent off to Vietnam. James left for Vietnam in the beginning of 1969, and he helped ferry over the airplanes they had been working on. Once overseas he supervised the AC-119 gun shift programs and taught other Air Force personnel how to operate and care for the planes.

James and his squadron returned home June 1969. James was happy to have served in the ways he did. He continued his education and graduated with a bachelors of science. James is happy that the Air Force provided the opportunity to education that he wouldn’t have had otherwise.

We thank you for your service James!