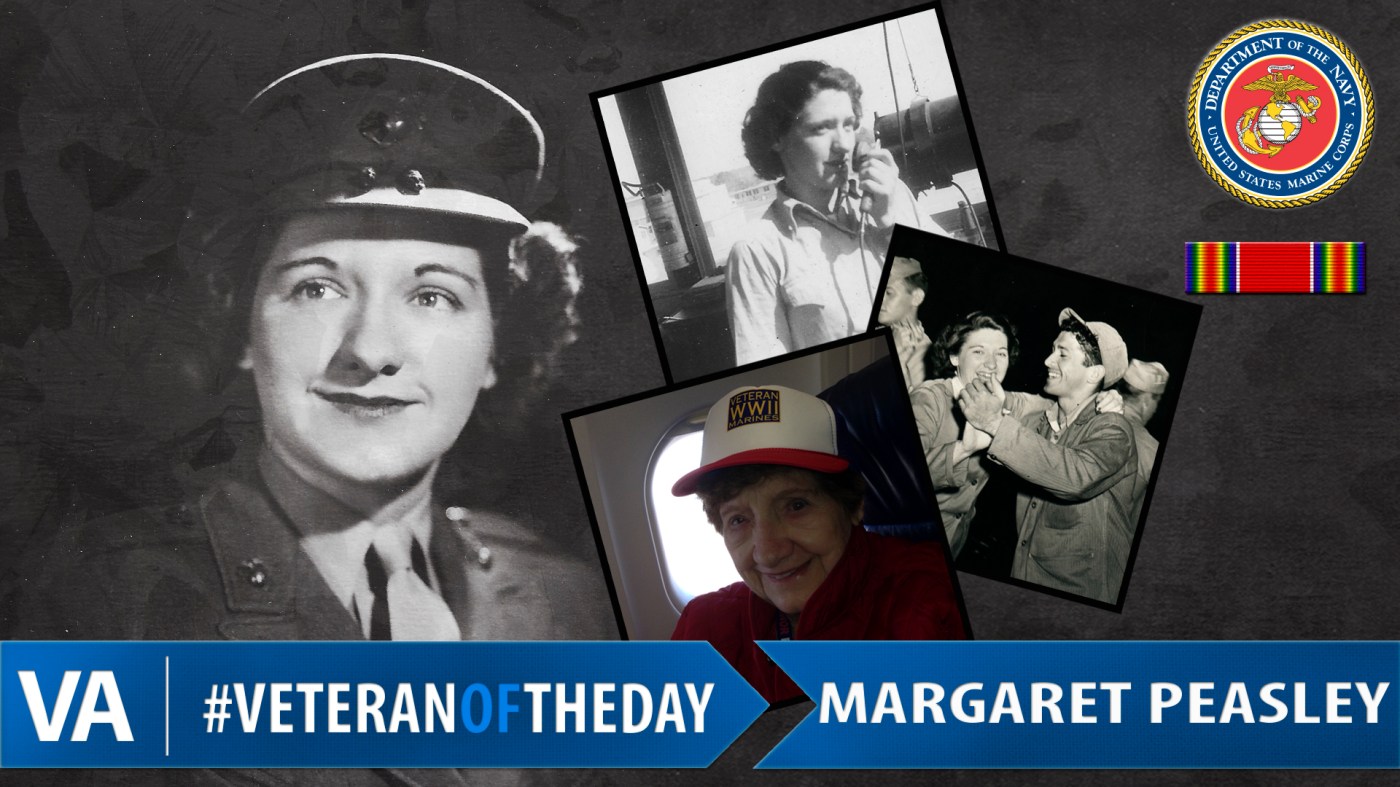 Peg graduated from boot camp at Camp Lejeune and Women’s Marine Corp Control Tower Flight School in 1943. After graduating she was assigned to Marine Corps Air Station Edenton, North Carolina, and worked in the base control tower assisting flight operations. She was honorably discharged from active duty as a corporal in 1945.

In February 2016, Peg was interviewed for the Library of Congress. When asked why she enlisted in the Marine Corps and chose to be a control tower operator, Peg responded, “Well, it wasn’t that I’m a control freak. I’ll tell you that. I just thought that it seemed very exciting…” Peg was chosen to participate in the Honor Flight program for Veterans October 2015. She had a marvelous time and enjoyed all the events in Washington, D.C. When she returned home she was not expecting a crowd of over one thousand to greet her and the other returning Veterans.

Peg is currently 98 years young and still manages to stay active. She resides at an assisted living facility near her family and can easily belt out the words to many old songs, including the beloved Marine Corps Hymn.

Thank you for your service, Peg!