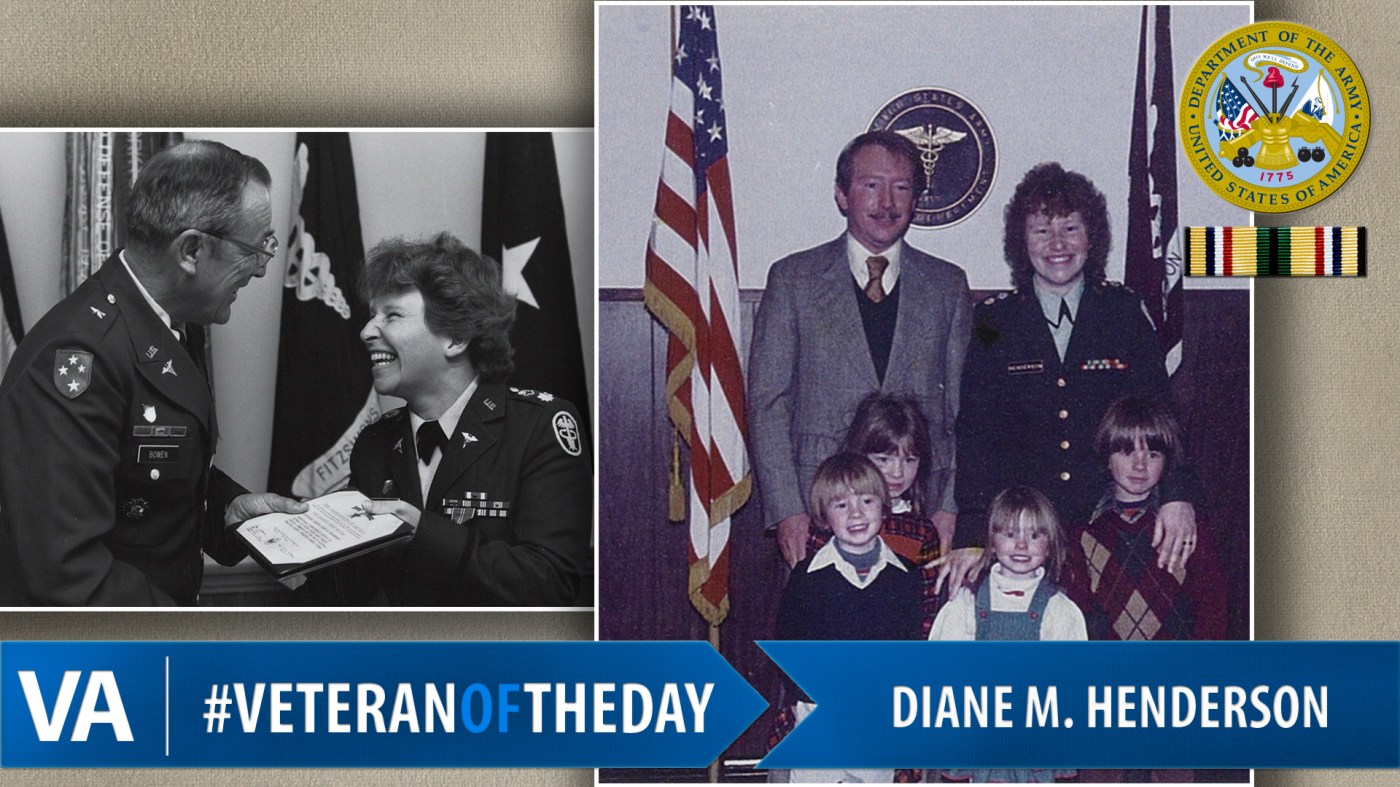 Diane served in the Army Nurse Corps for over 25 years. She recounted stories of her time in the military in an interview for the Veterans History Project.

Diane enlisted in 1970. She received a nursing scholarship from the Army Nurse Corps and trained at Walter Reed Army Institute of Nursing. Upon graduation, she commissioned as a first lieutenant and was assigned to Fort Ord.

For the next 20 years, Diane served at various Army bases around the country. She was working at Fitzsimons Army Medical Center when she received her orders for Operation Desert Shield and Desert Storm. Diane initially thought it was an exercise. She recalled being told, “Well, you’re not going home. You’re going to Fort Sill and then you’re going to go on, but we can’t tell you where because it’s top secret.”

Diane was assigned to the 47th Field Hospital in Bahrain. One of the first things she had to do there was set up facilities. “We had to learn how to build a latrine. We had Army regulations on how to build latrines. That was interesting. Good lot of manual labor when we first got out there.”

Diane is proud that the field hospital was able to treat and care for wounded soldiers as well as any hospital in the United States.

Thank you for your service, Diane!