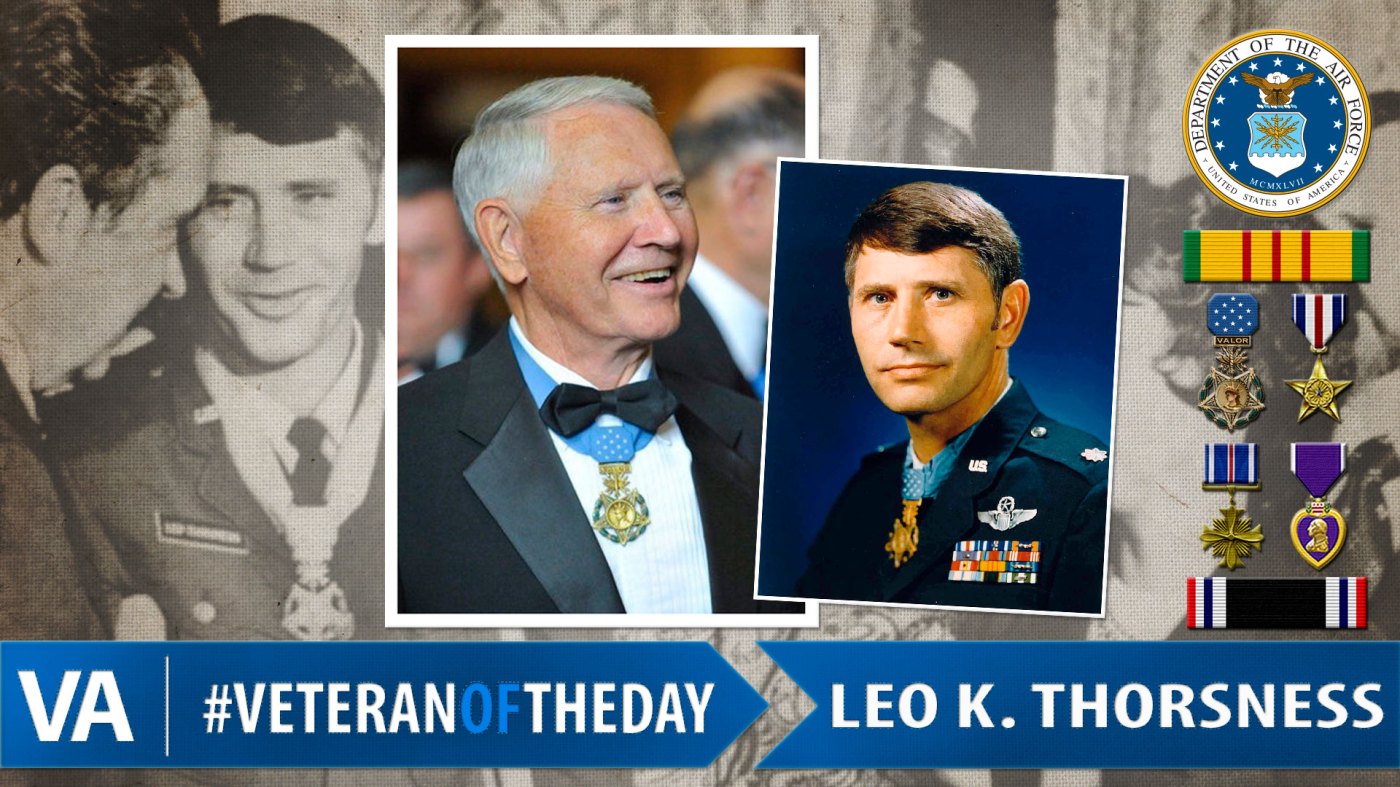 Growing up in Walnut Grove, Minnesota, Leo was a part of the Boy Scouts of America where he earned the Eagle Scout award. He enlisted in the Air Force when he was 19 because his brother was serving in Korea at the time. He earned his commission and pilot wings through the USAF Aviation Cadet program. His initial assignment was as a pilot in the Strategic Air Command, but he completed training as a fighter pilot and flew both F-84 and F-100 jets before transitioning to the F-105 Thunderchief.

In 1966, after completing F-105 “Wild Weasel” training at George AFB, California, he was assigned to the 355th Tactical Fighter Wing based at Takhli Royal Thai Air Force Base in Thailand, flying as aircraft commander in F-105F’s, tasked with locating and destroying North Vietnamese surface-to-air missile sites.

On April 19, 1967, Leo was the lead pilot in a strike force of four U.S. F-105 fighter-bombers attacking SAM positions near Hanoi. He and his electronic warfare officer, Harold Johnson, knocked out one site with a missile and scored a direct hit on another with bombs.

But they soon realized that one plane in their group had been hit, and the crew members had ejected. While flying in circles over the parachuting airmen, Leo spotted an enemy MiG-17 fighter jet and shot it down.

As U.S. rescue helicopters approached, he heard through his radio that another MiG formation was nearby. Despite being low on fuel and ammunition, he flew through antiaircraft fire and single-handedly engaged four MiGs in aerial combat for 50 minutes.

As he returned to his base, he was about to refuel from an airborne tanker when he learned that another F-105 in his group was in even greater need of fuel. Leo let the other plane go to the tanker, hoping he could glide back to safety on fumes. When he touched down, his fuel tanks were empty.

Eleven days later, on April 30, Leo was shot down over North Vietnam on his 93rd mission. Ejecting from his plane at 600 mph, he suffered serious knee injuries before he and Harold were taken prisoner.

Leo was held captive as a prisoner of war for six years in the Hanoi Hilton prison camp. John McCain, whose Navy plane had been shot down in October 1967, was one of his cellmates.

While he was in captivity, Leo learned that he had been recommended for the Medal of Honor. Word of it came from the officer who had written the recommendation; he had later been shot down and taken to the Hanoi Hilton as well.

Leo was released from captivity in 1973. Later that year, he received the Medal of Honor from President Richard Nixon. He then retired from the military.