Home / Veteran of the Day / #VeteranOfTheDay Will Thomas 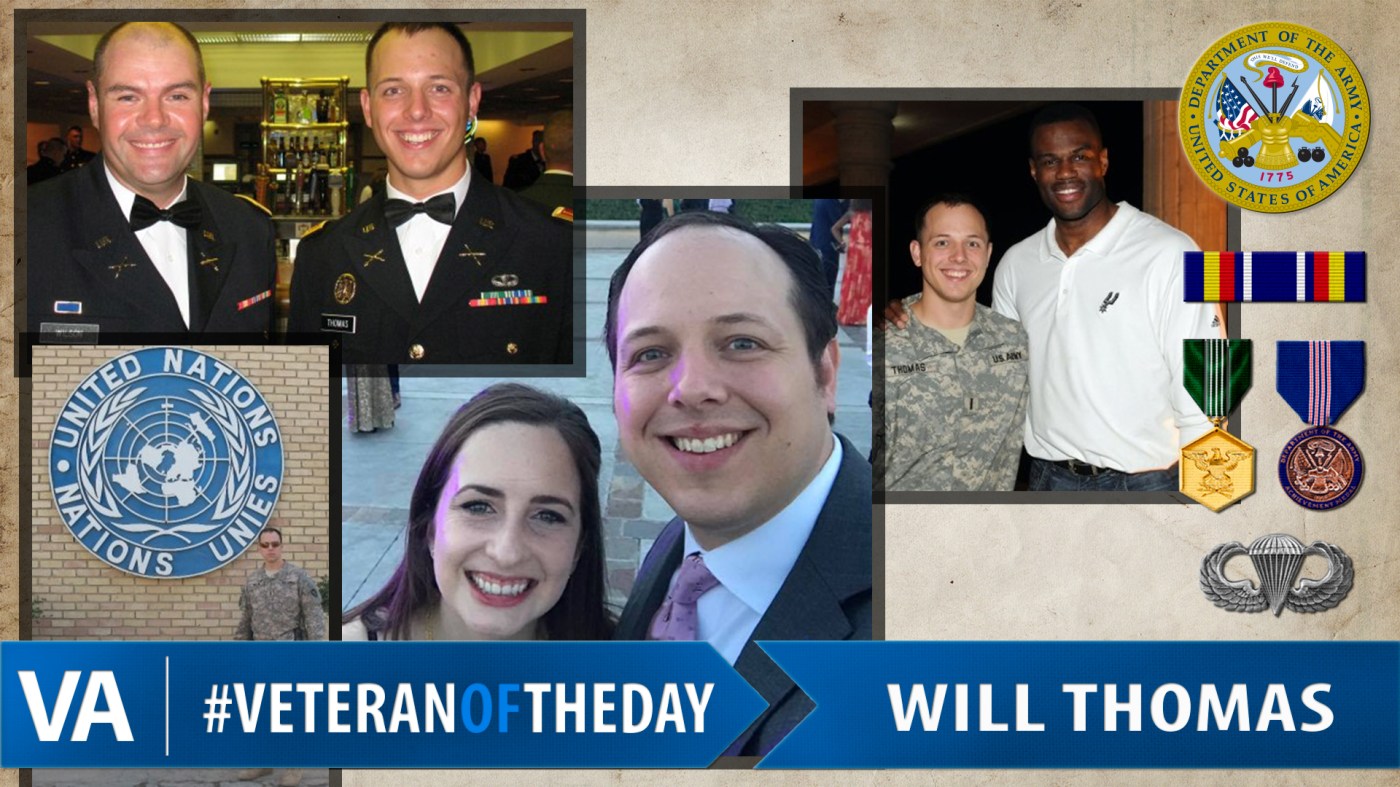 Will served for six years in the military as a field artillery officer in the Texas Army National Guard. In 2008, he deployed to Iraq as a bodyguard and manager of the Army’s Baghdad hotel for visiting dignitaries. During the yearlong deployment, Will monitored over 2,000 visitors, including former Vice President Joseph Biden, former Secretary of Defense Robert Gates, and comedian Stephen Colbert. He has been awarded the Army Commendation Medal, Army Achievement Medal, Parachutist Badge, German Sports Badge, and Global War on Terrorism Service Medal.

Thank you for your service, Will!