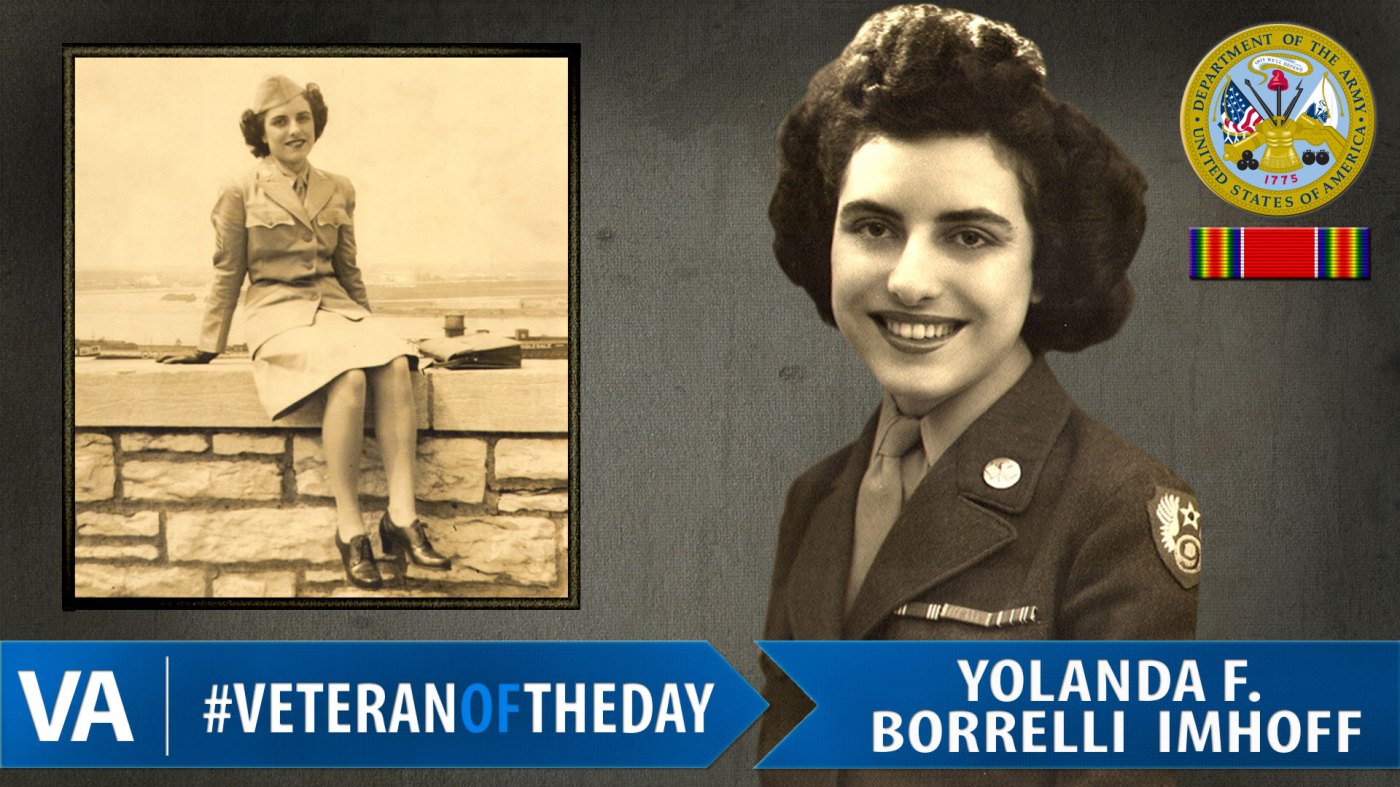 Yolanda served in the Women’s Army Corps with the 1709th Signal Battalion and 9th Air Force. She shared her experiences working as a radio operator during World War II in an interview for the Veterans History Project.

Yolanda decided to enlist when her brother was drafted. She said, “everybody was doing something for the war effort, and it was a natural inclination.” At Midland Radio School she learned how to code, take radios apart and tune them.

She was then sent to Buckingham Army Airfield to supervise a radio station set up to train operators before heading overseas. “They came with this idea that they were sending women overseas. They wouldn’t send you unless you volunteered. So I went and volunteered.”

Yolanda arrived in Scotland on D-Day. She was first assigned to a radio station in Ascot, England before moving across Europe. She recalled the start of the Battle of the Bulge as being particularly intense. “That’s when it really got hard. They put us on 24 hour duty.”

As a Veteran, Yolanda remained involved with the Women’s Army Corps Veterans.