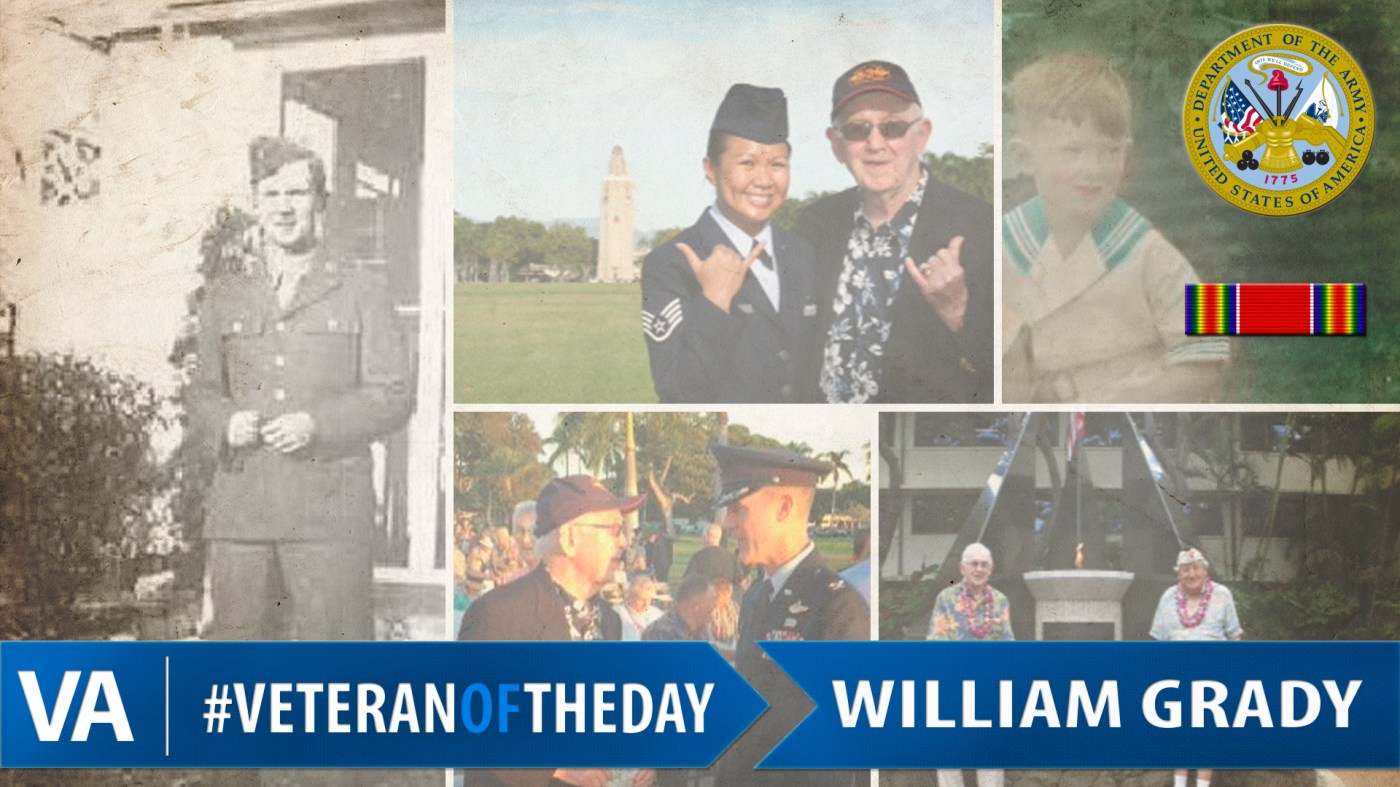 Bill was born in August 1923 on a family farm in Wisconsin, but grew up in Belvidere, Illinois. In 1941, Bill was accepted to the University of Notre Dame, however his education was interrupted by the war, and in 1943, he was drafted into the Army Air Corps.

After testing at Camp Custard, Bill was sent to Shepard Field, Texas for his training. He said it was so hot and dry that “red dust blew over from Oklahoma one day and back the next.” Soon Bill was off to Sioux Falls, South Dakota to learn Morse code, and Madison, Wisconsin for an aircraft radio course. Although he didn’t know it until years later, that was where he first met his future wife, Patricia who attended the University of Wisconsin.

Following his attendance to a few more training centers in the U.S., Bill was shipped out to England to join the European Theatre. He was assigned to the 491st Bomb Group of the 853rd Bomb Squadron as a counter radar specialist. Bill remembers the bombing missions to Germany as long and cold. In his free time, Bill spent time playing volleyball and baseball at his air base, which was built on a beet farm. To this day, he says he has a special dislike for beets.

After the war ended, Bill and his squadron flew back to the United States in one of their bombers. As soon as they reached Boston, Bill said they ate steak and ice cream and he was allowed to call home for the first time. “I called and my dad answered, and I said, ‘Hi Dad, what’s for dinner?’ Needless to say, he was both confused and relieved.”

However, Bill wasn’t allowed to go home right away. He spent seven more months serving in Washington and California before serving his last post in southern Illinois. Finally, in December 22, 1945, Bill left the service. “My favorite Christmas song is ‘I’ll Be Home For Christmas,’ and for the first time in a few years…I was.”