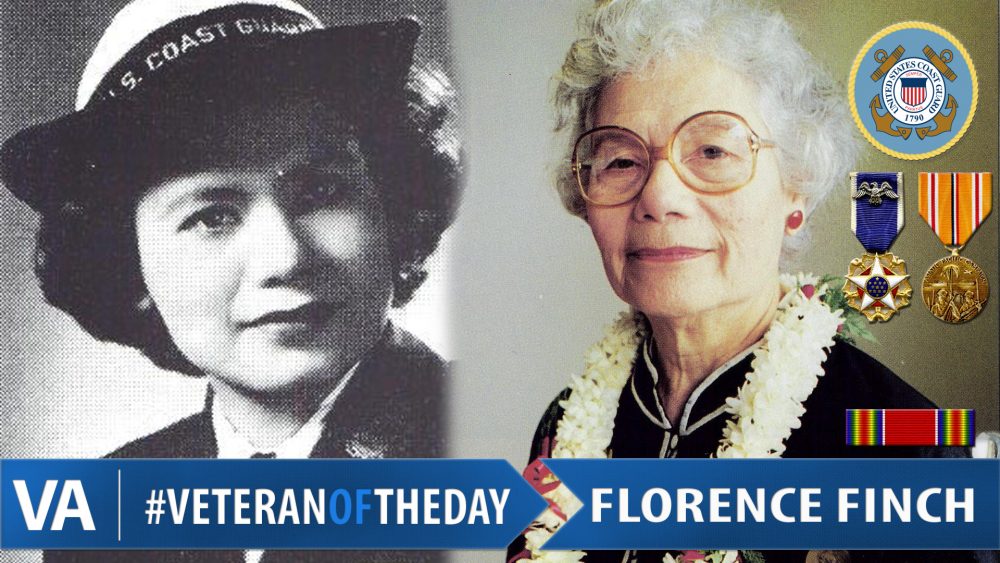 Florence, the daughter of a U.S. Army veteran and Filipino mother, was born in the Philippines. She married Navy crewman Charles E. Smith who died helping American and Filipino troops during the Japanese invasion. Florence was working as a secretary for U.S. Army intelligence in Manila when the Japanese invaded the Philippines soon after the attack on Pearl Harbor on Dec. 7, 1941.

Florence avoided internment by claiming her Philippine citizenship and hiding her American background. She received word from her imprisoned Army intelligence boss regarding shortages of food and medicine in the POW camps. Finch managed to direct supplies to American prisoners of war and Filipino resistance groups.

In October 1944, she was caught and the Japanese arrested her. They tortured her with electricity and forced her to spend weeks in a 2-foot-by-4-foot confined space. Through it all, she never revealed information regarding her underground operations or fellow resisters. When American forces liberated her prison camp in February 1945, Finch weighed only 80 pounds.

Florence then enlisted in the U.S. Coast Guard, eager to continue the fight against an enemy that had killed her husband. Later, Florence met her Robert Finch and they married and moved to Ithaca, New York, where they spent the rest of their life. She received the U.S. Medal of Freedom, the highest civilian medal awarded to Americans who aided in the war effort and was honored for her service when Coast Guard Base Honolulu named a facility for her. Of the thousands of women serving in World War II, she was the first to be honored with the Asiatic-Pacific Campaign Ribbon.

We honor your service, Florence.

US Coast Guard Veteran of the Day