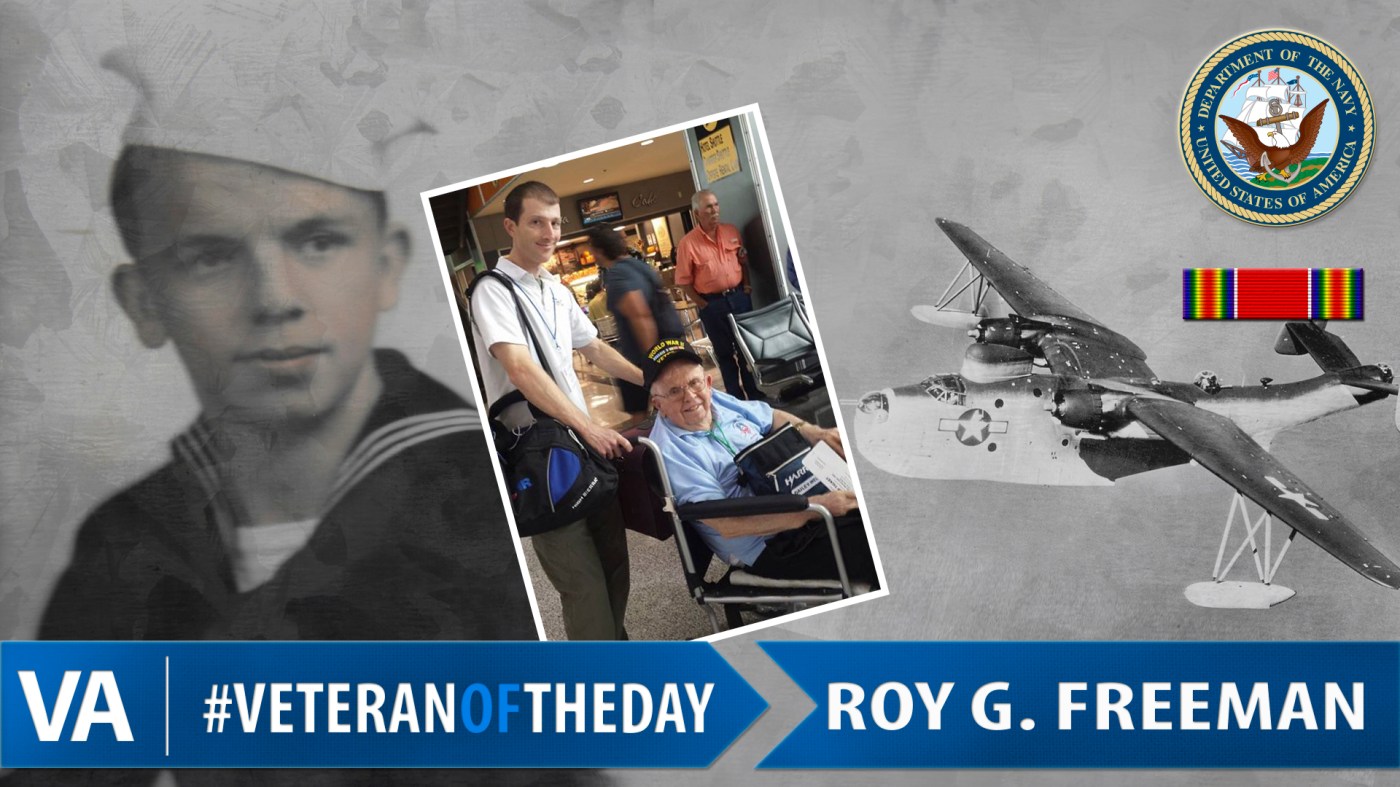 Roy was raised in Rosebud, Texas. When he was 18 years old he attended Texas A&M University as a cadet. He was drafted and served in the Navy from Nov. 3, 1943 to May 22, 1946. Throughout his military career, Roy held several positions including aviation ordnanceman, navy bombsight operator and aviation fire controlman, where he patrolled the Atlantic coast.

While serving as an advanced bombsight operator aboard the Navy aircraft PBM Mariner and B-24 Stabilizer, Roy was responsible for tactically challenging direct hits on German U-Boats. Roy and his fellow crewmen flew a Navy aircraft nicknamed ‘Rosebud’ in honor of his hometown. His awards include the American Area Award and the Victory World War II Honors. Roy was discharged from the military with a status of aviation fire controlman V6.

Roy and Elizabeth, his wife of 62 years, had a daughter, Bonnie. After returning from war, Roy was employed by the Texas Agriculture Commission and the Texas Soil Conservation Service. He was recently selected as one of the remaining veterans of World War II to participate in the “Honor Flight” to Washington, D.C. in recognition of his dedication to our country.

Thank you for your service, Roy!