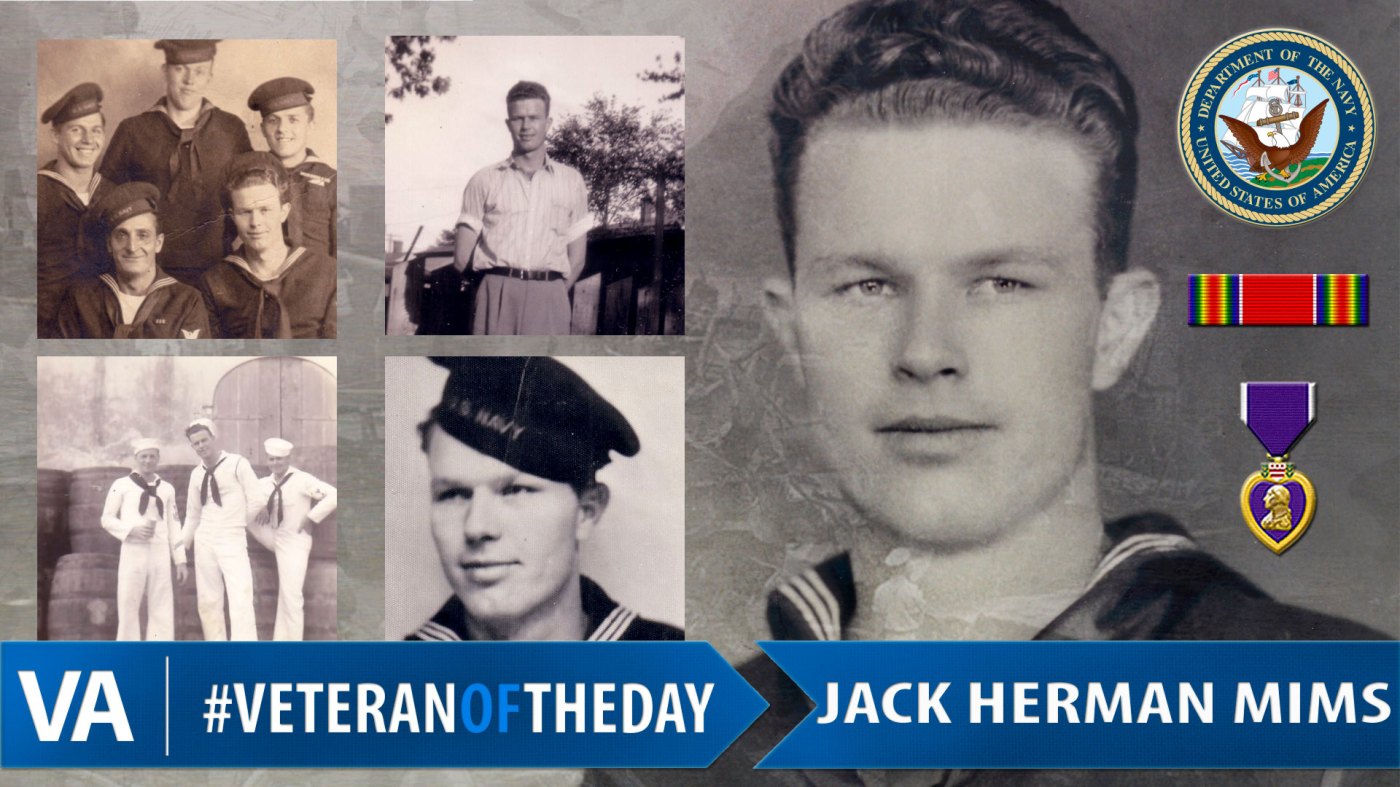 Jack was a chief machinist mate aboard the USS Newcomb DD586. He spent time in both the Atlantic and Pacific theaters. First, he served in the Pacific for 15 months seeing action on the Marshall Islands, Saipan, Tinia, Leyte and Luzon. Later, he served in the Mediterranean.

Friends and shipmates recounted that even though they were under attack and other men were abandoning ship, Jack was persistent to stay with his men in the engine room. His commanding officer said, “Jack was an exemplary leader and served in the finest traditions of the Navy”.

In April 1945, Jack was killed in action off of Okinawa as a result of Kamikazes. He left behind a son, Gene, who later served the Navy. For his tireless effort and service, Jack was decorated with many awards including the Purple Heart, Asiatic-Pacific Campaign Medal with one Silver and three Bonze Stars, and a Navy Unit Commendation.

We honor your service, Jack.