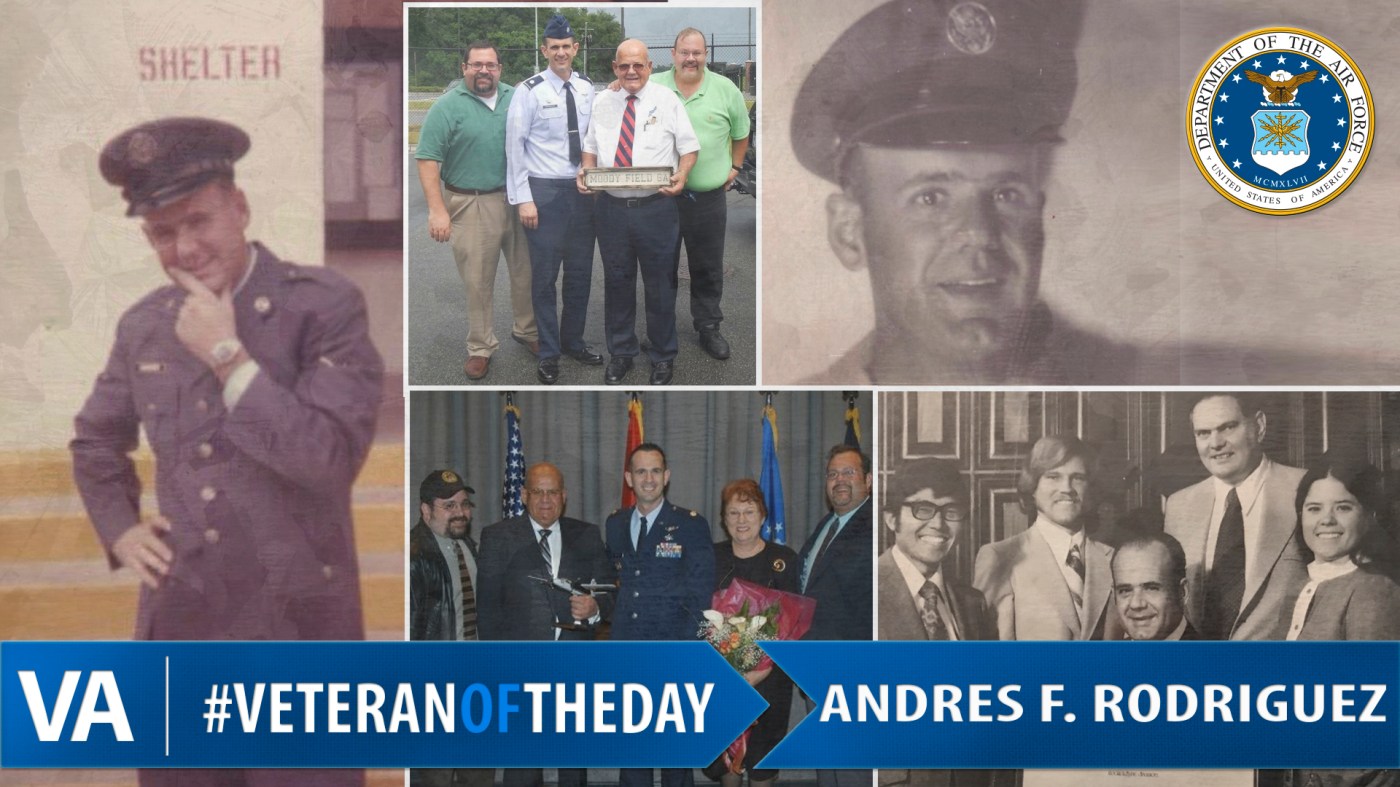 Andres was born in Havana, Cuba, in 1938 and immigrated to the United States, having escaped Castro’s communist regime after serving in the Cuban Air Force as a crew chief on a Douglas B-26 Invader that was later destroyed in the Bay of Pigs invasion.

Andres joined the U.S. Air Force in March of 1962 as an aircraft mechanic assigned to the 3550th Pilot Training Wing at Moody Air Force Base, Georgia, and the 3510th Flying Training Wing at Randolph Air Force Base, Texas, where he earned his aviation power plant license. He was honorably discharged as an airman third class in the summer of 1964, married a fellow Cuban exile later that same year, and continued to pursue his passion for engineering as an aircraft mechanic in Miami, Florida, where two of his sons were born. In 1968, Andres moved his family to Southern California where he took a job as a civilian aircraft and helicopter mechanic for the U.S. Navy at the North Island Rework Facility in San Diego.

In 1972, he simultaneously welcomed the birth of his third son and earned his bachelors degree in aeronautical engineering from San Diego State University. From 1973 to 1976, Andres enlisted in the U.S. Navy Reserves where he achieved the rank of aviation machinist mate (second class) working on the P2-V Neptune and P-3C Orion aircraft.

In 1974, Andres moved himself and his growing family to the Central Florida area where he spent the next 28 years working for the National Aeronautics and Space Administration (NASA) as a cryogenic fuel system engineer on the Space Shuttle program. In 1983, he was presented the coveted “Silver Snoopy” award by Astronaut Robert Overmeyer for outstanding performance contributing to flight safety and mission success.

Andres retired from NASA in 2003 and continued to keep his mind sharp in his free time by studying physics, calculus, analytical geometry, and fluid and gas dynamics. He would often tell stories of his days in Cuba working on the Douglas B-26 Invader and Pratt & Whitney R2800 engine.

Andres’s love of aviation and service to his country was passed down to his children who followed in their father’s footsteps with his oldest son as an aircrewman linguist and signal analyst on Army reconnaissance aircraft, his middle son as a mechanical engineer on a team that designs guided missiles with a major defense contractor, and his youngest son as a lieutenant colonel logistician in the U.S. Air Force.

Andres passed away on Good Friday, April 14th, 2017. We honor his service.