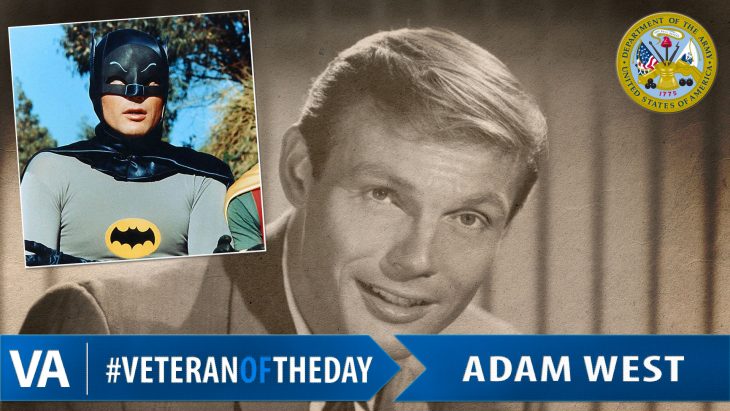 Today’s Veteran of the Day is Army Veteran Adam West.

He was drafted into the Army and served as an announcer for American Forces Network.

He went on to play his iconic role as Batman in the 1960s, both on television and on film.