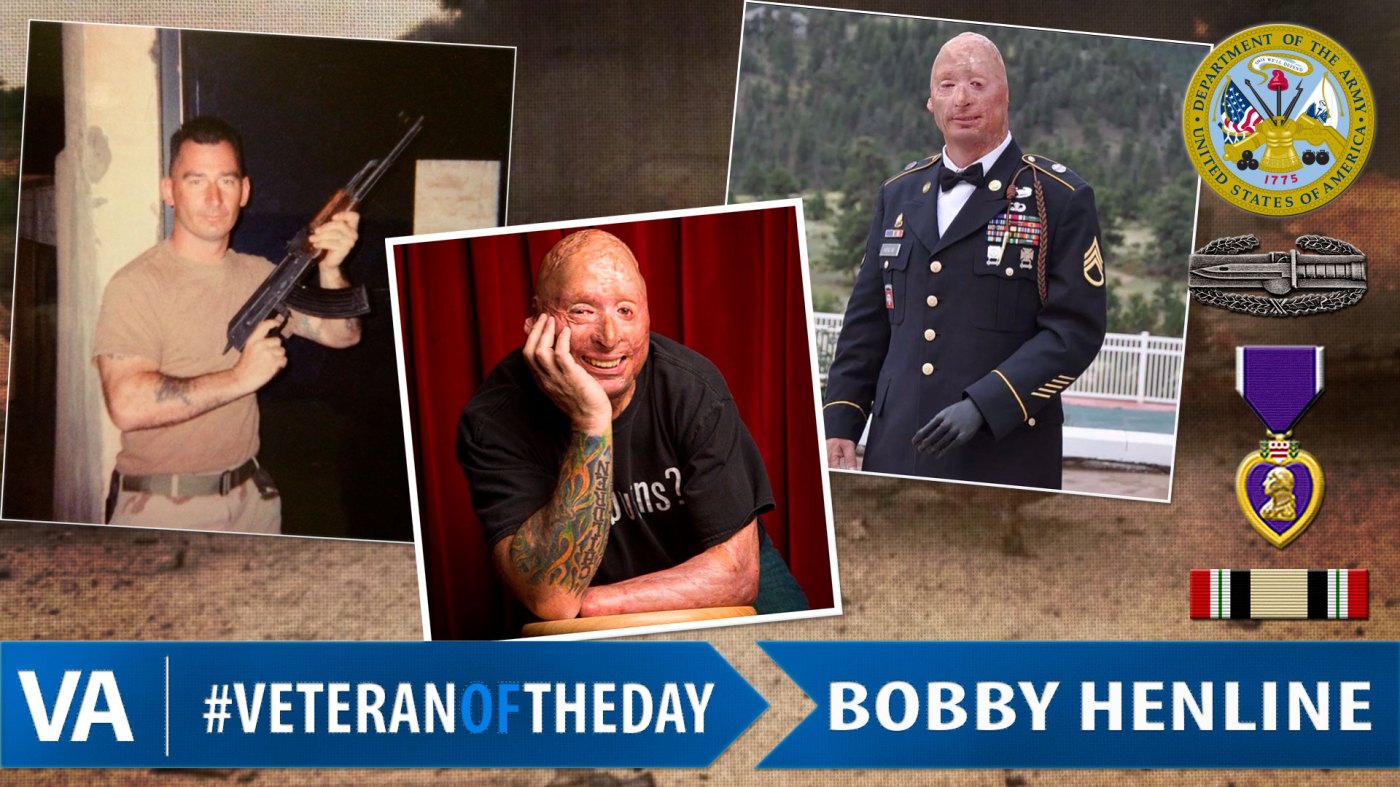 Bobby served 13 years in the Army with 82nd Airborne. He completed four tours, three of them in support of Operation Iraqi Freedom.

On April 7, 2007, while on his fourth tour, an IED exploded under his Humvee. Bobby suffered burns covering 40% of his body and had fractured bones in his face.

After his recovery, he pursued a career in comedy. He has been awarded the 2016 Veteran’s Choice Comedy Award for Best Comedian and The American Legion’s Roy P. Benavidez Award for Valor.

He was featured on This Week at VA episode 20.

Bobby is preparing to go on his “Run Like You’re on Fire” cross-country comedy tour later this year.

Thank you for your service, Bobby!