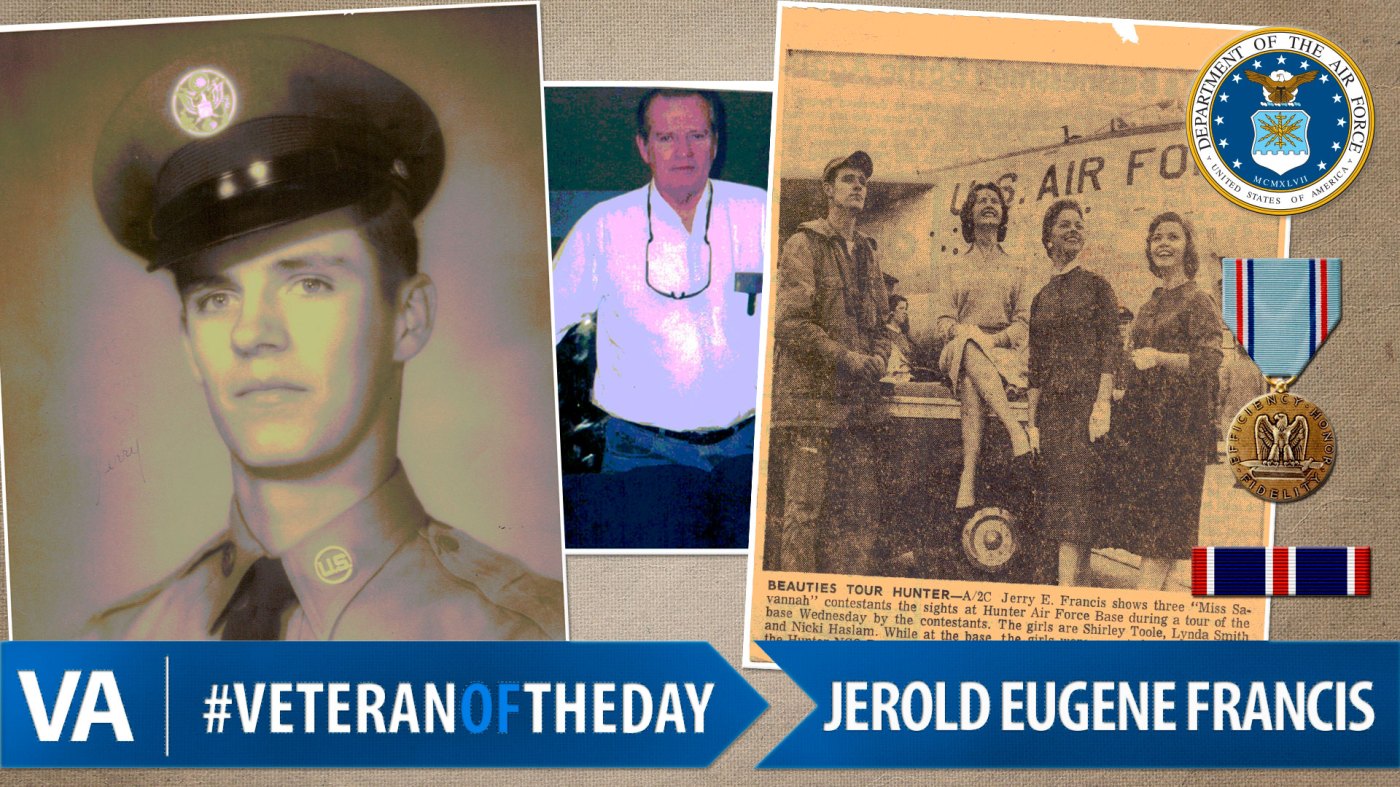 Jerold served as an Aircraft Mechanic from 1956-1960 at Strategic Air Command Hunter Air Force Base.

He recalled a particularly memorable experience during that time when he and his supervisor were preparing a B-47 bomber for a test flight. Unfortunately, fuel had spilled onto the tarmac and ignited. Jerold tried to put out the fire but ended up with burns on his hands, arms and chest. He said, “I was lucky to be alive.”

Of his time in the Air Force, Jerold expressed, “While we weren’t in combat, we were in dangerous work…. The Cold War was a hard time and duty was hard. We kept bombers alert in case of an attack. We kept our country safe. Some of us died doing it.”

For his service, Jerold was awarded the Air Force Outstanding Unit Award and the Good Conduct Medal.

Thank you for your service, Jerold!