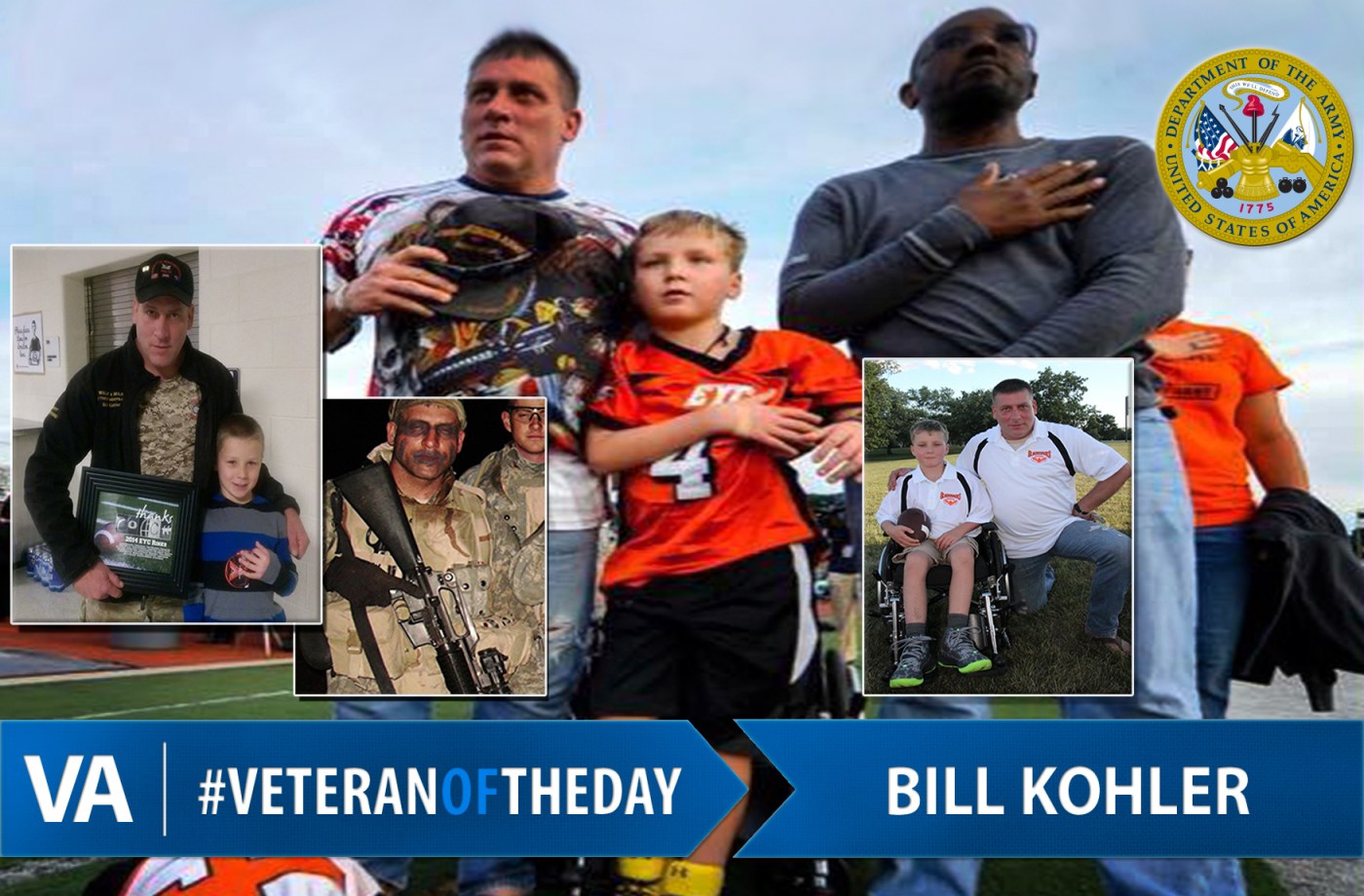 Bill served in the Army for 17 years in roles ranging from combat engineer to medic. He served during the first Gulf War and during Operation Iraqi Freedom. In 2006 he was injured by a roadside bomb.

After leaving the military, Bill struggled with PTSD and regaining strength at home. He noted the birth of his son, Ayden, as a changing point for him.

In 2014 Bill, with another Veteran as his partner, started the restaurant Never Forgotten BBQ in York, Pennsylvania. They encourage patrons to display photos of service members – living and deceased – in the restaurant and to tell their stories. At Never Forgotten BBQ they do not want those sacrifices to ever be forgotten and continue to pass along the greatest service to their current generations and generations to come.

In August 2016, Bill’s son, Ayden, fainted during a football practice. He was later diagnosed with two inoperable brain tumors. Bill recently sold his ownership of Never Forgotten BBQ to his partner and is focusing solely on Ayden and his cancer treatment.

“Coming back from Iraq, Ayden brought me out of a hole, and my whole life has been about him — raising him to be a strong, well rounded individual. He has shown me that those values have been instilled and have come to fruition.  Given his diagnosis, I have tried to put our life plans into a short time. He has shown the entire community that he can and will fight to get through this,” said Bill.

Bill, we thank you for your service.