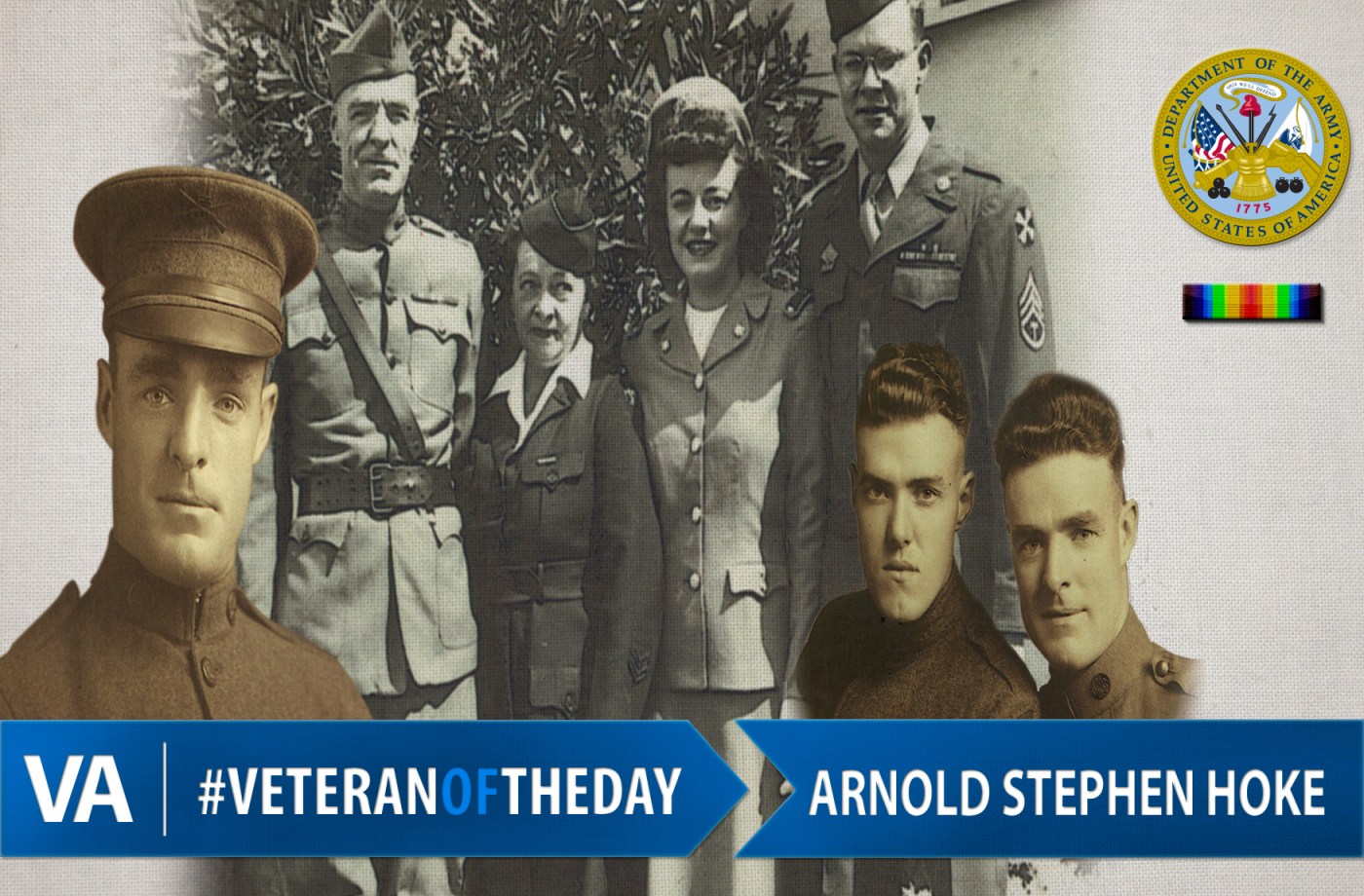 After serving in the Iowa National Guard, Arnold joined the US Army in 1917. In 1971, he and his wife, Clara Hoke, sat down to record their memories of the Great War. These digitized recordings can be viewed as a part of the Veteran’s History Project with the Library of Congress.

Arnold served three enlistments with the Iowa National Guard and the U.S. Army from 1917 – 1922. He served with the 42nd Infantry Division. His stations of duty included Creston, Iowa; Mexican border; France; Germany; Texas.

Like so many others, Arnold was thrust into trench warfare in France with little knowledge of what to expect, and initially without a weapon. He saw every major battle that the Army participated in during WWI, and his straightforward descriptions of the trenches, and the men lost, and the randomness of who lived and who died, are a timely reminder of the true cost of war.