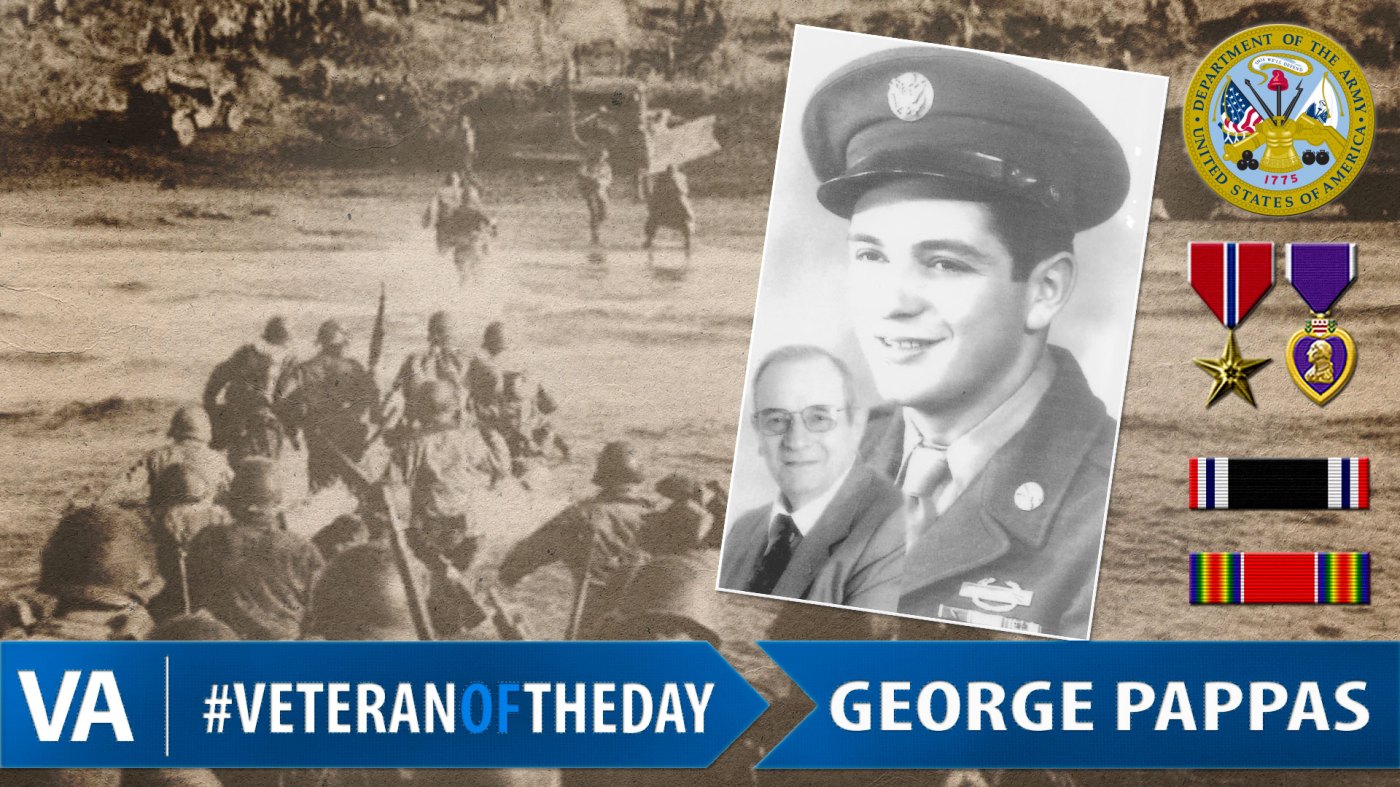 When George Pappas entered military service, he signed up for engineering school. The U.S. war effort had more urgent needs, so instead he was assigned to Africa as an Infantryman. When Germany expanded their attacks in the European Theater, George became part of the U.S. invasion of Anzio, Italy. However, the Germans were waiting. Fortunately, George was one of only seven men in his unit to survive the German ambush.

He was captured on February 18, 1944, at Anzio beachhead and survived as a prisoner of war at Tussenhausen and a short while at the infamous Dachau Nazi Concentration Camp. As did all POWs, he lost a lot of weight. Forced labor at a German farm got him out of the prison camp by day and gave him access to meager amounts of food—more than his compatriots.

George was released from prison camp on April 27, 1945. After lengthy recuperation, he was released from service in October 1945. He returned to his home town of Midland, Michigan. Continuing his education, he earned a Ph.D., married and had a family, and worked in industry and education. George was honored at the 2011 Memorial Day Service on the U.S.S. Midway, where he represented the military forces of WWII. He is 92 and lives with his daughter in El Cajon, CA.

Thank you for your service, George!